Long time GR readers know all too well the gruesome details of this sex attack.

I was one of the first to cover the story, and the only one to have interviewed the parents of the rape victim at length when the attack first occurred.

Only last month, I conducted a Facebook LIVE with the parents.

I have had access to those close to the victim since the crime took place.

And yet in her close to 6,000-word piece, Dickerson never mentions any of my coverage; nor does she report any of the information I gleaned from conversations with the family.

She never so much as contacted me.

In her close to 6,000-word refugee propaganda promo, she has not one word from the victim’s family.

She mentions random reports from “anti-refugee blogs,” not their reportage, mind you, but only to smear and defame the idea of them and the work they do.

So what is the point of Dickerson’s article?

To call the gang rape of this five-year-old girl fake news and to paint anyone who advocated for the little girl as racist-Islamophobic-anti-Muslim-bigots.

Dickerson never addresses the attack or the trauma suffered by the little five-year-old girl, but instead blames “an ascendant network of anti-Muslim activists and provocateurs has exploited the fears brought on by these changes” (brought the wave of Muslim refugees into the country).

It’s all about the racist white people in Idaho, as she makes a point of saying, “The girl was American and, like most people in Twin Falls, white. The boys were refugees.”

Over the past decade and a half, as conflict spread across North Africa and the Middle East, Twin Falls started to resettle larger numbers of refugees with darker skin who follow an unfamiliar religion — two things that make it difficult to blend into a town that is 80 percent white.

So the little five-year -old should make it easier for the refugees to “blend in” and bend over, Dickerson? 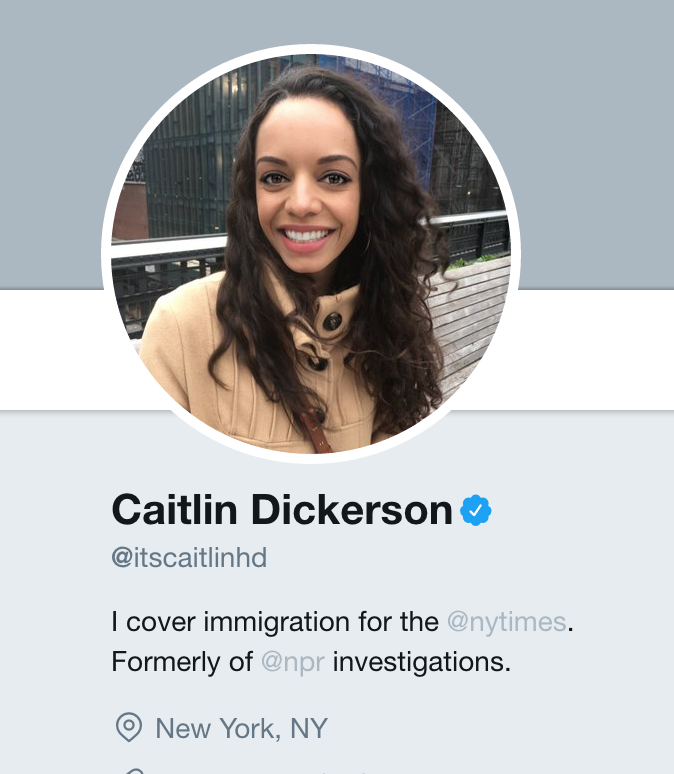 Dickerson never discusses the actual crime, parroting the line of child services and Prosecuting Attorney Grant Loeb that they couldn’t discuss it because it involved minors. So how can Dickerson deduce anything, especially when she did not investigate the nature of the crime at all? Her whole editorial mission was to paint the victim’s advocates as racist haters and the hijrah (Muslim immigration) grossly misunderstood by flyover-redneck-misanthrope-klansmen.

Even New York Times readers smelled a rat. One remarked:

The boys involved pled guilty, the authorities refused to share the video on the grounds that it would comprise child pornography…so something clearly DID happen.

All we have is a bunch of people in authority saying, in effect, “the news is false but I can’t tell you the truth.” Well, that’s argument by assertion–and why should we believe what one party asserts over another party’s counter assertion, unless someone is willing to offer evidence?

Further, Dickerson fails to mention the gag order placed on everyone in the courtroom of the trial of the attackers at their sentencing (of a crime Dickerson insists didn’t happen).

Here is what Dickerson omitted in her 6,000 word lie:

Last summer, a 5-year-old girl was orally, anally and vaginally raped and urinated upon by three Muslim migrant boys in Twin Falls, Idaho. Since then, instead of getting justice, the victim’s family has been abused by law enforcement and governing authorities as if they were the criminals – because what happened to their little girl contradicts the politically correct narrative about Muslim migrants.

Sharia “justice” in America. Help the family fight back here. Pamela Geller: Shocking New Details Emerge in Idaho Muslim Migrant Rape Case Breitbart, August 7, 2016: A hearing was held Thursday in the case of the little five-year-old girl in Twin Falls, Idaho who was raped — with three Muslim migrant boys being the primary…

Here, for the first time, is the child’s story, as told to me by the victim’s mother. Their story has not been told. In the wake of the monstrous Muslim migrant sex attack on a little five-year-old girl in Twin Falls, Idaho, the media has waged a campaign of harassment and defamation against the family,…

The prosecutor in the Muslim migrant rape case of a 5-year-old girl in Idaho has been making the media rounds, boasting about what a great job he is doing while the family lives in abject terror. One of the rape gang still lives next to the little girl, and a third member of the Muslim…

The treatment of the Idaho family whose developmentally small 5-year-old daughter was raped by a Muslim migrant gang is abominable. It is a stunning indictment of state and federal government, and the nation as a whole. If this is how we treat our children and the powerless, we are finished. If you wish to help…

I initially reported on this appalling story on June 19. It just keeps getting worse. Authorities are intent on protecting the Muslim migrant perpetrators — they couldn’t care less about the victim. They’re doing everything they can to cover up this crime. This is the legacy of seven and a half years of Obama. “Mom…

Listen to my interview with Sean Hannity on his radio show earlier today. We discussed the depraved Muslim migrant rape of a 5-year-old special needs child in Idaho. Her clothes had been stripped off. They raped her, urinated on her and in her mouth. The oldest Muslim refugee videoed the attack. Idaho residents are…

When I first posted this story a couple of days back (one of the first to do so), the left reacted viscerally and viciously saying it was not so. On 2 June, 2016 a five-year-old girl with special needs was playing outside her home at the Fawnbrook Apartments in Twin Falls, Idaho when she…

And so it begins. This is rampant in Europe and will be here, too, if Obama continues to import hundreds of thousands of these invaders. Why would they behave differently here? In Muslim countries, rape victims are at fault. The Quran allows Muslim men to use non-Muslim women as sex slaves, “captives of the right…

There has been no media coverage of the gruesome and outrageous news story concerning the ‘sentencing’ of the Muslim migrant rapists of a five-year-old girl in Idaho and the subsequent release of her attackers with the exception of this Israel National News story.

Sharia law in Idaho. The three Muslim refugee boys who plead guilty in the heinous sexual attack of a five-year-old girl in Idaho were sentenced yesterday. No jail time. The judge barred everyone in the courtroom, including the victim’s own parents, from speaking about the case and threatened anyone with serious consequences if they violated his edict. Unheard of. I have the story.

Here is the latest on the vile migrant rape of a little five-year-old girl in Idaho.

The day before yesterday, I published a screenshot of a depraved Facebook post by a Twin Falls, Idaho politician attacking and libeling the family of the five-year-old victim of a Muslim migrant gang rape. He has since apologized.

The attacks on the family of the five-year-old victim of a Muslim migrant rape are out of control. The media and local government officials have covered up this gruesome rape of a five-year-old girl. City officials are covering up for the migrants. Accused Twin Falls Muslim Was Used by Media as Example Two Months Ago….

This is what Obama is doing to American towns and communities with his Muslim migrant policies. I’ve written a great deal about the five-year-old who was raped by three Muslim migrant boys in Twin Falls. Now here is yet another case of sex assault by a Muslim migrant in the same small city. “Accused Twin…

Why is this family still being terrorized by the perps and attacked by Grant Loebs, bloviating prosecuting attorney, and this depraved useful idiot, editor of the Twin Falls newspaper, Matt Christensen? Related:— Pamela Geller: Statements by Idaho Prosecutor in Muslim Migrant Rape Case Don’t Stand Up to Scrutiny — Pamela Geller: How Muslim Migrants Devastate…

Evicted? Why not deported? What town, community, or village will be their next target? The quote of the story comes from the landlord, “ “[The] events of recent days have focused our collective attention on the complexities of living in a culturally diverse society. ” Raping, urinating on and in the mouth of a 5…

“The Obama-appointed U.S. attorney for Idaho has taken the highly unusual step of intervening in a local criminal case involving an alleged sexual assault by juvenile Muslim migrants and threatened the community and media with federal prosecution if they ‘spread false information or inflammatory statements about the perpetrators.’” Have you ever heard of a federal…

People are hungry for news that the media won’t cover. I went live this afternoon with this video and it already has 200,000 views and has reached over 700K people.

We need answers. This woman deserves justice, and the American people deserve not to be victimized by any more of these feral “refugees.”

Here is the latest from the left’s war on reality.

Are You Ready For A Complete Power Grid Blackout?

What Kind of CHOICE has President Obama Prepared for President-Elect Trump?

What Kind of CHOICE has President Obama Prepared for President-Elect Trump?