The death of the dollar is coming, and it will probably be China that pulls the trigger. What you are about to read is understood by only a very small fraction of all Americans. Right now, the U.S. dollar is the de facto reserve currency of the planet. Most global trade is conducted in U.S. dollars, and almost all oil is sold for U.S. dollars. More than 60 percent of all global foreign exchange reserves are held in U.S. dollars, and far more U.S. dollars are actually used outside of the United States than inside of it. As will be described below, this has given the United States some tremendous economic advantages, and most Americans have no idea how much their current standard of living depends on the dollar remaining the reserve currency of the world. Unfortunately, thanks to reckless money printing by the Federal Reserve and the reckless accumulation of debt by the federal government, the status of the dollar as the reserve currency of the world is now in great jeopardy. 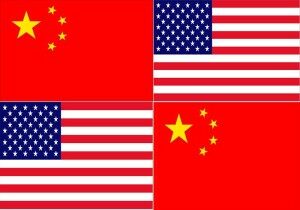 As I mentioned above, nations all over the globe use U.S. dollars to trade with one another. This has created tremendous demand for U.S. dollars and has kept the value of the dollar up. It also means that Americans can import things that they need much more inexpensively than they otherwise would be able to.

The largest exporting nations such as Saudi Arabia (oil) and China (cheap plastic trinkets at Wal-Mart) end up with massive piles of U.S. dollars… 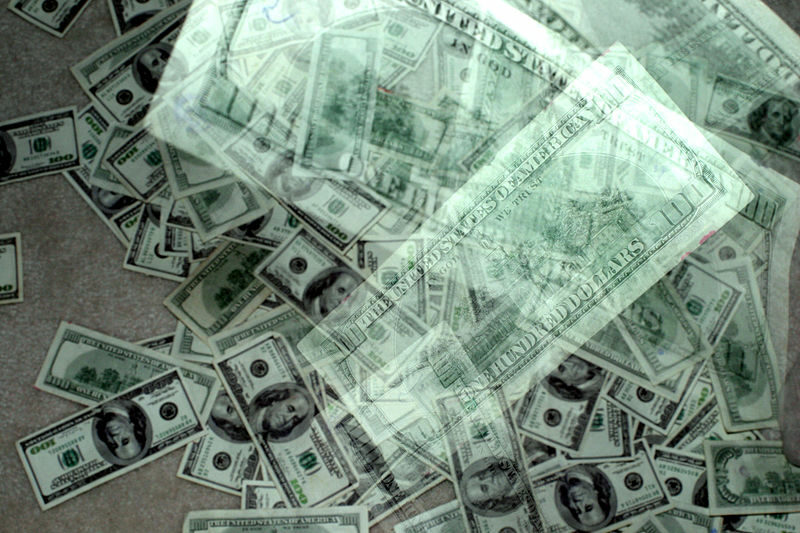 Instead of just sitting on all of that cash, these exporting nations often reinvest much of that cash into low risk securities that can be rapidly turned back into dollars if necessary. For a very long time, U.S. Treasury bonds have been considered to be the perfect way to do this. This has created tremendous demand for U.S. government debt and has helped keep interest rates super low. So every year, massive amounts of money that gets sent out of the country ends up being loaned back to the U.S. Treasury at super low interest rates…

And it has been a very good thing for the U.S. economy that the federal government has been able to borrow money so cheaply, because the interest rate on 10 year U.S. Treasuries affects thousands upon thousands of other interest rates throughout our financial system. For example, as the rate on 10 year U.S. Treasuries has risen in recent months, so have the rates on U.S. home mortgages.

Our entire way of life in the United States depends upon this game continuing. We must have the rest of the world use our currency and loan it back to us at ultra low interest rates. At this point we have painted ourselves into a corner by accumulating so much debt. We simply cannot afford to have rates rise significantly.

For example, if the average rate of interest on U.S. government debt rose to just 6 percent (and it has been much higher than that at various times in the past), we would be paying more than a trillion dollars a year just in interest on the national debt.

But it wouldn’t be just the federal government that would suffer. Just consider what higher rates would do to the real estate market.

Does 8 percent sound crazy to you?

It shouldn’t. 8 percent was considered to be normal back in the year 2000.

Are you starting to get the picture?

We need other countries to use our dollars and buy our debt so that we can have super low interest rates and so that we can afford to buy lots of cheap stuff from them.

Unfortunately, the truly bizarre behavior of the Federal Reserve and the U.S. government over the past several years is causing the rest of the world to lose faith in our currency. In particular, China is leading the call for a “de-Americanized” world. The following is from a recent article posted on the website of France 24…

For decades the US has benefited to the tune of trillions of dollars-worth of free credit from the greenback’s role as the default global reserve unit.

But as the global economy trembled before the prospect of a US default last month, only averted when Washington reached a deal to raise its debt ceiling, China’s official Xinhua news agency called for a “de-Americanised” world.

It also urged the creation of a “new international reserve currency… to replace the dominant US dollar”.

So why should the rest of the planet listen to China?

Well, China now accounts for more global trade than anyone else does, including the United States.

China is also now the number one importer of oil in the world.

At this point, China is even importing more oil from Saudi Arabia than the United States is.

China now has an enormous amount of economic power globally, and the Chinese want the rest of the planet to start using less U.S. dollars and to start using more of their own currency. The following is from a recent article in the Vancouver Sun…

Three years after China allowed the yuan to start trading in Hong Kong’s offshore market, banks and investors around the world are positioning themselves to get involved in what Nomura Holdings Inc. calls the biggest revolution in the $5.3 trillion currency market since the creation of the euro in 1999.

International use of the yuan is increasing as the world’s second-largest economy opens up its capital markets. In the first nine months of this year, about 17 percent of China’s global trade was settled in the currency, compared with less than one percent in 2009, according to Deutsche Bank AG.

Of course the U.S. dollar is still king for now, but thanks to a whole host of recent international currency agreements this status is slipping. For example, China just recently signed a major currency agreement with the European Central Bank…

The swap deal will allow more trade and investment between the regions to be conducted in euros and yuan, without having to convert into another currency such as the U.S. dollar first, said Kathleen Brooks, a research director at FOREX.com.

“It’s a way of promoting European and Chinese trade, but not doing it with the U.S. dollar,” said Brooks. “It’s a bit like cutting out the middleman, all of a sudden there’s potentially no U.S. dollar risk.”

And as I have written about previously, we have seen a bunch of other similar agreements being signed all over the planet in recent years…

But do you hear about any of this on the mainstream news?

They would rather focus on the latest celebrity scandal.

Right now, the global move away from the U.S. dollar is slow but steady.

At some point, some trigger event will likely cause it to become a stampede.

When that happens, demand for U.S. dollars and U.S. debt will disintegrate and interest rates will absolutely skyrocket.

And if interest rates skyrocket that will throw the entire U.S. financial system into chaos. At the moment, there are about 441 trillion dollars worth of interest rate derivatives sitting out there. It is a financial time bomb unlike anything the world has ever seen before.

There are four “too big to fail” banks in the United States that each have more than 40 trillion dollars worth of total exposure to derivatives. The largest chunk of those derivatives is made up of interest rate derivatives. In case you were wondering , those four banks are JPMorgan Chase, Citibank, Bank of America and Goldman Sachs.

A huge upward surge in interest rates would absolutely devastate those banks and cause a financial crisis that would make 2008 look like a Sunday picnic.

Right now, the leader in global trade seems content to use U.S. dollars for most of their international transactions. China also seems content to hold more than a trillion dollars of U.S. government debt.

If that suddenly changes someday, the consequences for the U.S. economy will be absolutely catastrophic and every single American will feel the pain.

The standard of living that all of us are enjoying today depends largely upon China. They can bring down the hammer at any moment and they know it.

Focus on the Family Pimps for the Abortion Industry

Focus on the Family Pimps for the Abortion Industry