In this second part of my series, let’s understand that when I speak of the political arena, I’m referring not to voting, but to actively being involved as a candidate for something. Running for office is the privilege of those who are citizens of America and residents of towns, cities, counties, states, and even positions in national elections. As Christians, not running for election – if that is something you want to do or feel led to do – is like not being involved at your church. 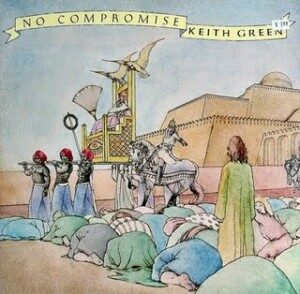 God calling you into politics? Remember NOT to compromise.

Are you a Christian who simply goes to church, sits through the sermon, then leaves so that your day can “begin”? Though many people might go to church and even be members of it, roughly 15% of the total number of people are the ones who get things done. The rest just sit in the pews and give their offering each month. Beyond that, they really don’t do anything. They fail to see that the Lord has given them gifts that are to be used to build up the Body.

In a way, it’s the same with entering into the political arena as a candidate for office. If you have leadership skills that you use in your church, chances are good that you use the same leadership skills at work. Could they be put to use in the political arena as well so that your community benefits? Absolutely, but most people – especially Christians – resist tossing their hat into politics because of all the corruption or backroom deals. We know it exists and we get frustrated before we even begin.

Take someone like Ted Cruz. Against many odds, he was elected to Congress. He stands as a voice against the progressive attacks on our liberties. Should he quit? No. He continues to push ahead because it is the right thing to do in spite of the fact that there have recently been threats against his life on Twitter. This is – unfortunately – not unusual in politics. That should not keep us from entering into that arena.

There are a number of excellent examples in Scripture showing how God chose individuals for the political arena, even though it is doubtful they would have chosen it for themselves. Because of God’s direction, they actually came face to face with death and survived!

One such group of men is Shadrach, Meshach, and Abednego, as recorded for us in Daniel 3. In this chapter, we learn that King Nebuchadnezzar (of Babylon) built a golden image of himself and at the appointed times, everyone was to bow down and worship the image. We also learn that the three friends of Daniel noted above had “appointed over the administration of the province of Babylon,” (Daniel 3:12). In other words, they had been appointed to political office for the king and we in charge of workings of the province of Babylon. They had, in essence, become politicians of a sort.

The Chaldeans – also mentioned in this same chapter – were essentially under the authority of Shadrach, Meshach, and Abednego. Guess what? They didn’t like being under the authority of “the Jews.” They thought they were better. After all, they were authentically part of the Babylonian Empire (so they thought) and the three men they were responsible to were not. In essence, Shadrach, Meshach, and Abednego had been taken captive by Nebuchadnezzar when he took Jerusalem. The Chaldeans essentially answered to “prisoners.” It didn’t set well.

Shadrach, Meshach, and Abednego were devoted to God. They had morals and scruples and followed God’s definitions of right and wrong. Because of this and the inherent jealousy within the hearts of the Chaldeans, they had it in for these three men and used the situation of worshiping the golden image against them. So what happened?

The three men were brought before the king and given one final opportunity to “repent” by worshiping the golden image in front of Nebuchadnezzar. Here is their response, which as you can imagine, did not go over well with good ol’ Neb (Daniel 3:16-18).

“O Nebuchadnezzar, we do not need to give you an answer concerning this matter. If it be so, our God whom we serve is able to deliver us from the furnace of blazing fire; and He will deliver us out of your hand, O king. But even if He does not, let it be known to you, O king, that we are not going to serve your gods or worship the golden image that you have set up.”

Notice that the three men were not afraid to die for what they believed in. They were not willing to compromise their faith and their belief in right and wrong to placate the king. They were not willing to enter into any backroom deal to keep themselves safe. In essence, they signed their own death certificate and they had no reason to believe that God would spare them. In fact, as we continue to read the text, we learn that God did not spare them until they were actually thrown into the fire!

If, as Christians, we somehow end up in politics, the road will not be easy. We will have to stand up for what we believe and that will rub people the wrong way. We will then be faced with another quandary. Do we give up and give in or do we continue to walk the straight and narrow? For the Christian, there is only one answer and that is to walk the straight and narrow even if people want to “kill” us because of it.

If God leads us into politics, we need to go into it with both eyes open and a resolute will to lean fully on Him. We are not representing ourselves. We are representing Him. We cannot enter into politics and make deals with the devil just so we can get some of the things we want to accomplish done.

Christians who become politicians do not need to beat other politicians over the head with the Bible. We don’t need to preach to them. We do not need to create a hostile environment with others in order to “prove” that we are clearly dedicated to God. We simply need to make decisions based solidly on the truth of God’s Word and let the chips fall where they may. God will do whatever He chooses to do in and through us.

Keith Green wrote many songs that I came to love and still do. One of his albums titled “No Compromise” has a good deal to say about how Christians are to live in the world. It doesn’t change if we enter the political arena. If anything, it becomes more pronounced simply because of the nature of politics.

If God calls you into politics, go in His strength, for His purposes, in order that He (not WE) will be glorified.