And there you have it, folks. The smoking gun has finally arrived in the Hillary Clinton email scandal saga. We’ve already had several bits of information drop that would be enough to prove to most reasonable people that Clinton was guilty of some crime, but the liberal media is not “reasonable people.” However, the latest revelation from the email scandal investigation has the former Secretary of State commanding her subordinates to strip the “classified” markings from data that she needed and to send it to her in a “non-secure” manner. Both of these actions clearly break federal law and this latest revelation “SHOULD” spell the end for Hillary Clinton. 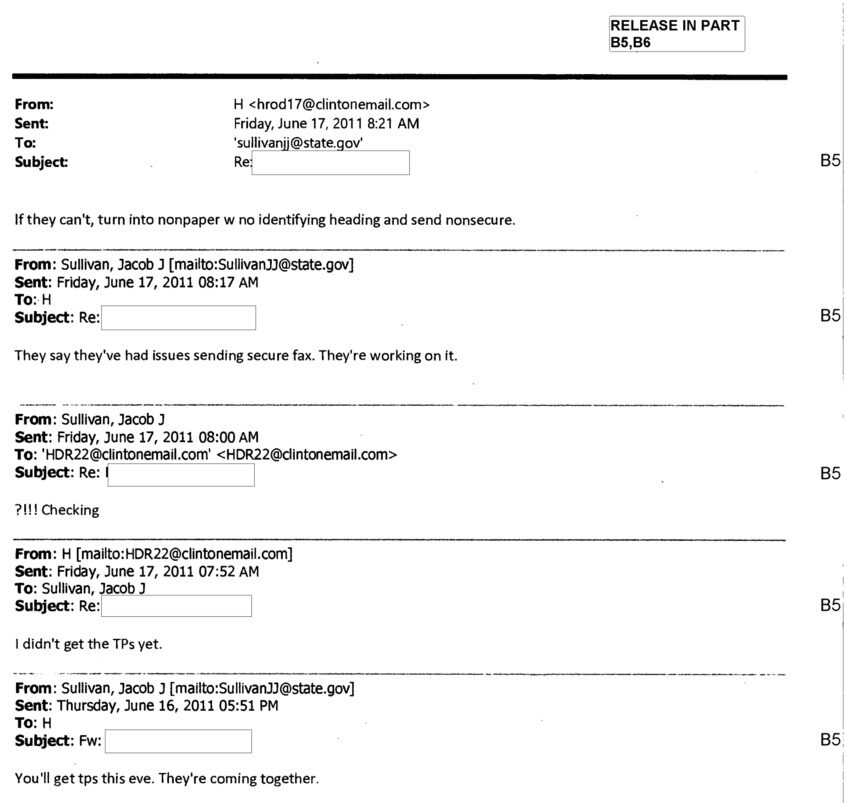 By the way, that isn’t all the latest revelations have proven. This last batch of emails released by the State Department also contain 66 different pieces of “confidential” data, once again proving that the Clinton camp has been lying about not sending classified material. Throughout the entire investigation the State Department and the Obama administration have been attempting to cover for Mrs. Clinton’s crimes, but there are just too many holes to be plugged.

Hillary Clinton broke the law and she forced her cronies to do the same.

Of course, there have been some liberal complaints and arguments in defense of Hillary. Let’s make it clear – these are just nonsense. There is no defense, and anyone still trying to defend Mrs. Clinton is simply either a Clinton sycophant or a liberal tool hoping to protect their cause. Clinton is a criminal, we have copious evidence for that fact, and she should now face the justice that she so richly deserves.

The guys at HotAir have responded to a few of the silly attempts at defending Clinton:

Guy Benson has more on the latest e-mails; be sure to read it all.

Update: There are a few people wondering whether the “TPs” (talking points”) in question in this thread were classified in the first place. There are a couple points to remember in that context:

Ordering the headings stripped, and Sullivan’s apparent reluctance to work around the secure fax system, makes it all but certain that the material was classified at some level — and Hillary knew it.

ISIS Has Camps On The U.S. Border, But Obama Says ‘Right-Wing Extremists’ Are The Greatest Terror Threat