OK, brace yourselves for the ridiculously stupid. Screenshots from a group post on Facebook have gone viral. Why? Because someone just doesn’t know basic math, and they want to argue about it… but it gets worse.

Penny Hayes of LaFayette, Georgia posted an offer of bottle of laundry detergent in a Facebook yard sale group. She priced individual bottles at $0.35 or one could buy 48 bottles for $12. In other words, you get a discount for buying bulk, just $0.25 each.

So, what could go wrong?

“So apparently I’m ripping people off over a 25 cent bottle of laundry detergent and I’m going to be banned from several yardsale groups as well…simply because we have some severely under educated people in this world that haven’t learned basic math yet…lol yall should get a kick out of this one!!” she wrote.

So, Penny graciously laid out the math for Penney (yes, there is an irony in the names here).

Penny then took her own shot at Penney.

“Looks like someone may not have graduated… I’ve had advanced math since elementary school… it’s really simple math… I’m sorry ur having such a hard time with it…” she responded.

But it got worse. Christi Morgan, the admin for the group, weighed in on the discussion and she demonstrated her own stupidity right alongside Rachel Penney. I kid you negative!

“Ok, I’m the administrator here,” wrote Morgan. “If you have 48 bottle in a case. You divide that by $12 which is what you are asking for the case. That’s $4 a bottle. You are taking advantage of people. So I’ll be deleting this post as soon as you’ve had time to read it and then you will be deleted from this group.”

Seriously? Well, mark these two ladies as completely out to lunch when it comes to math. Fortunately, Penny was able to obtain screenshots of the conversation prior to them being removed, but not before some people had quite a bit of fun mocking the mathematically challenged.

However, I have to ask, isn’t this the same sort of Common Core math nonsense we’ve seen in the past? 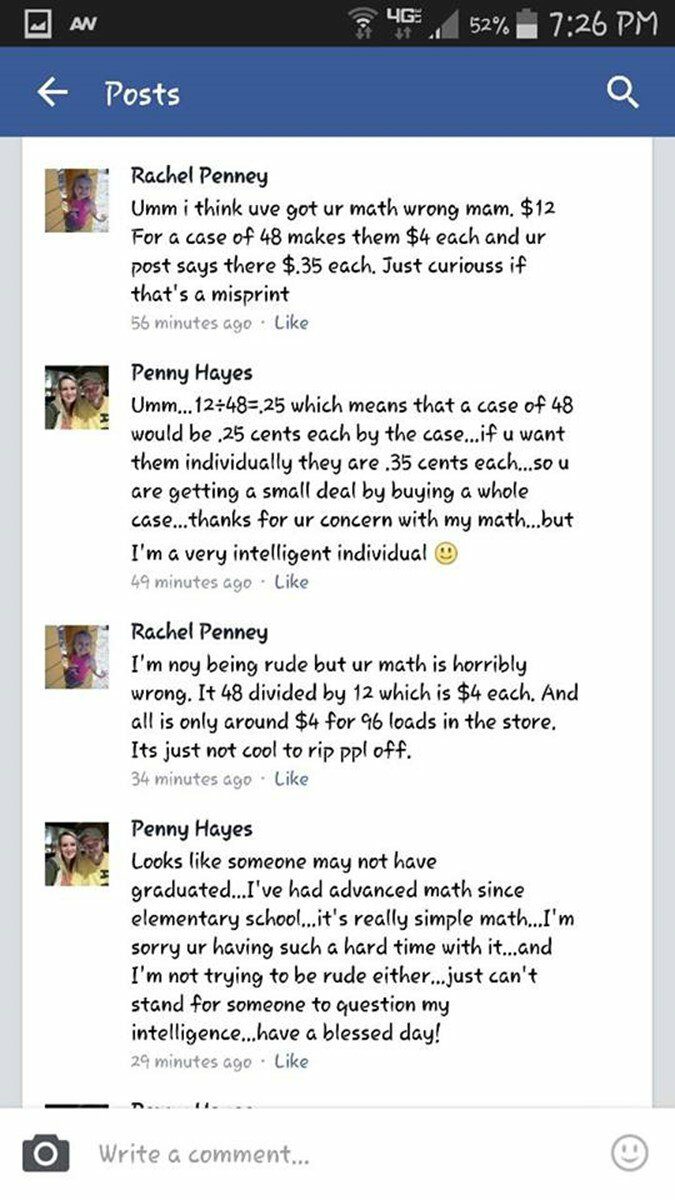 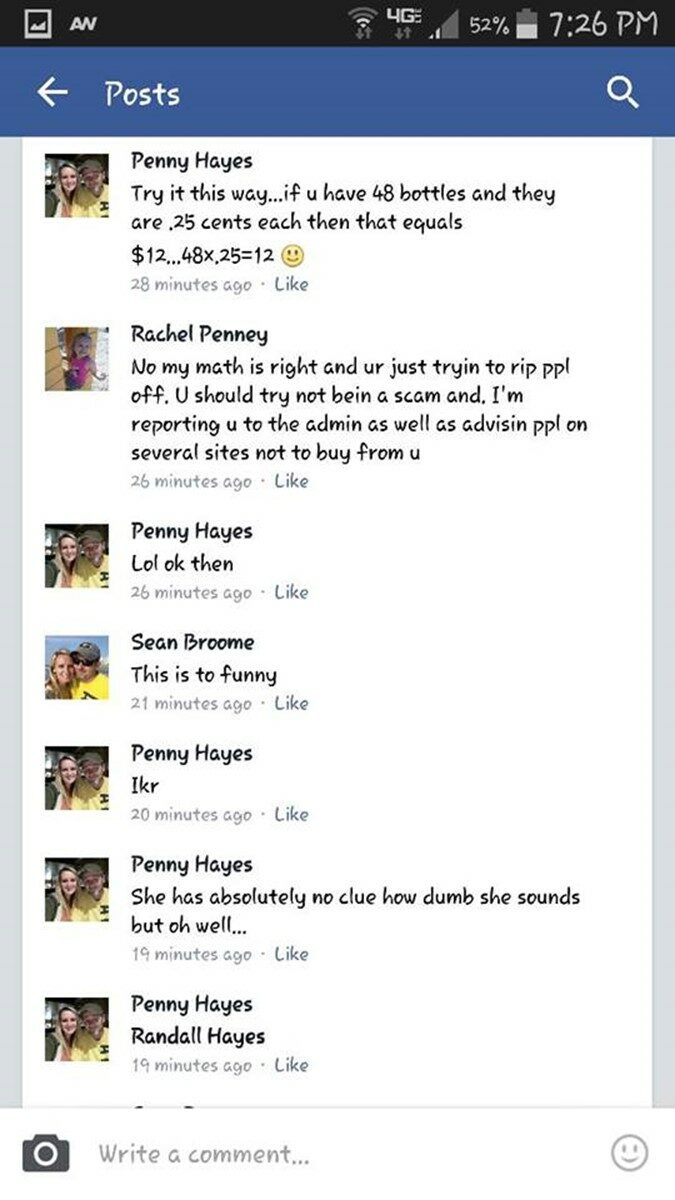 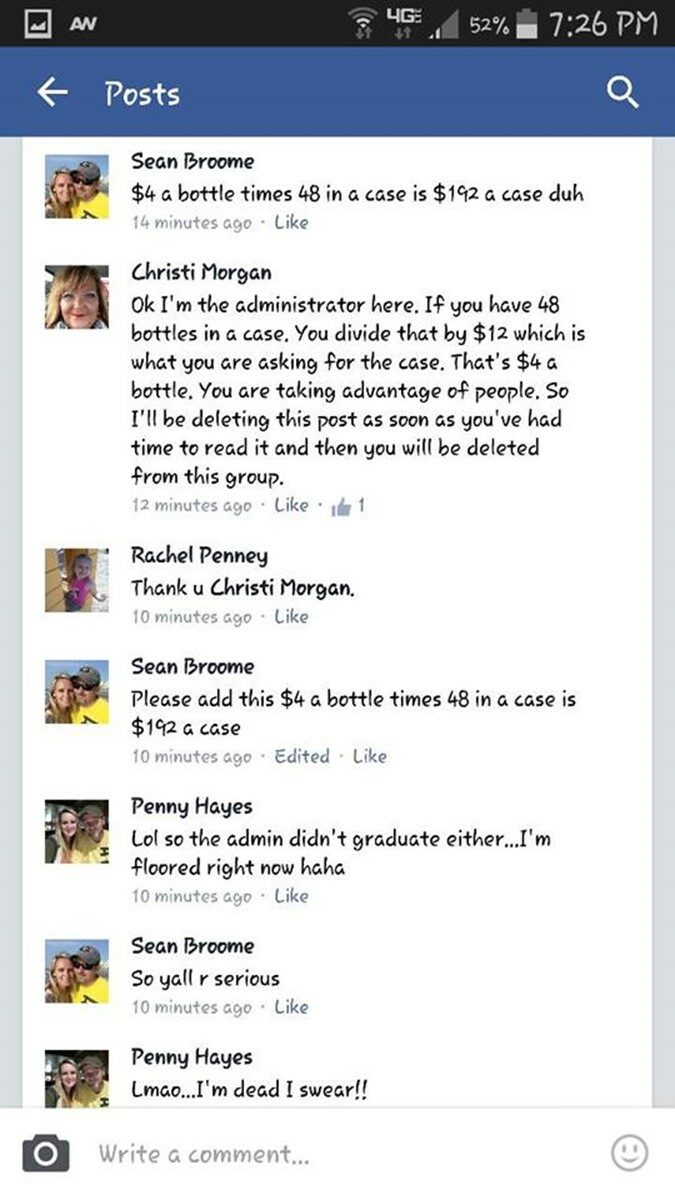 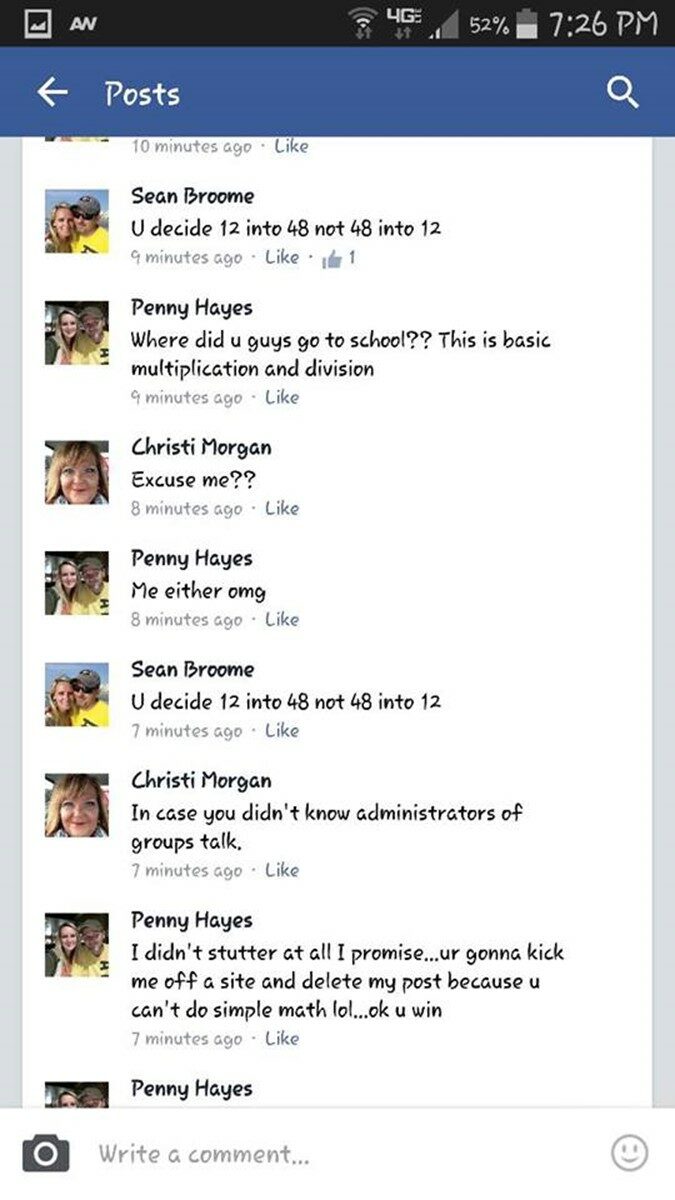 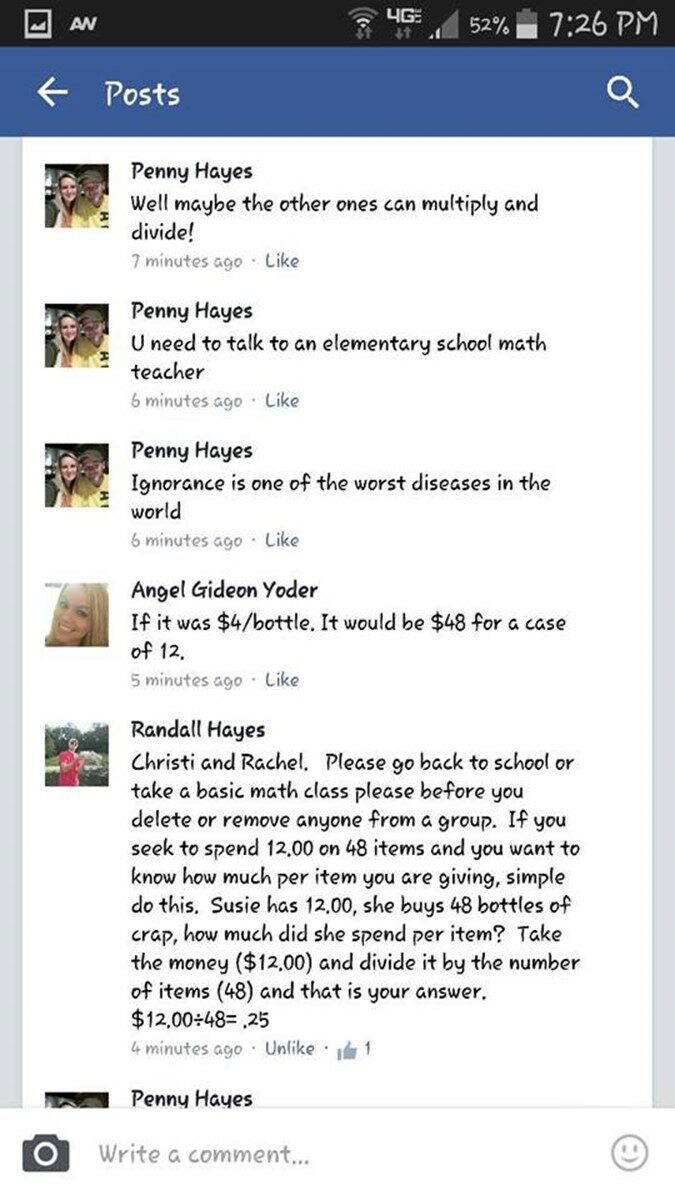 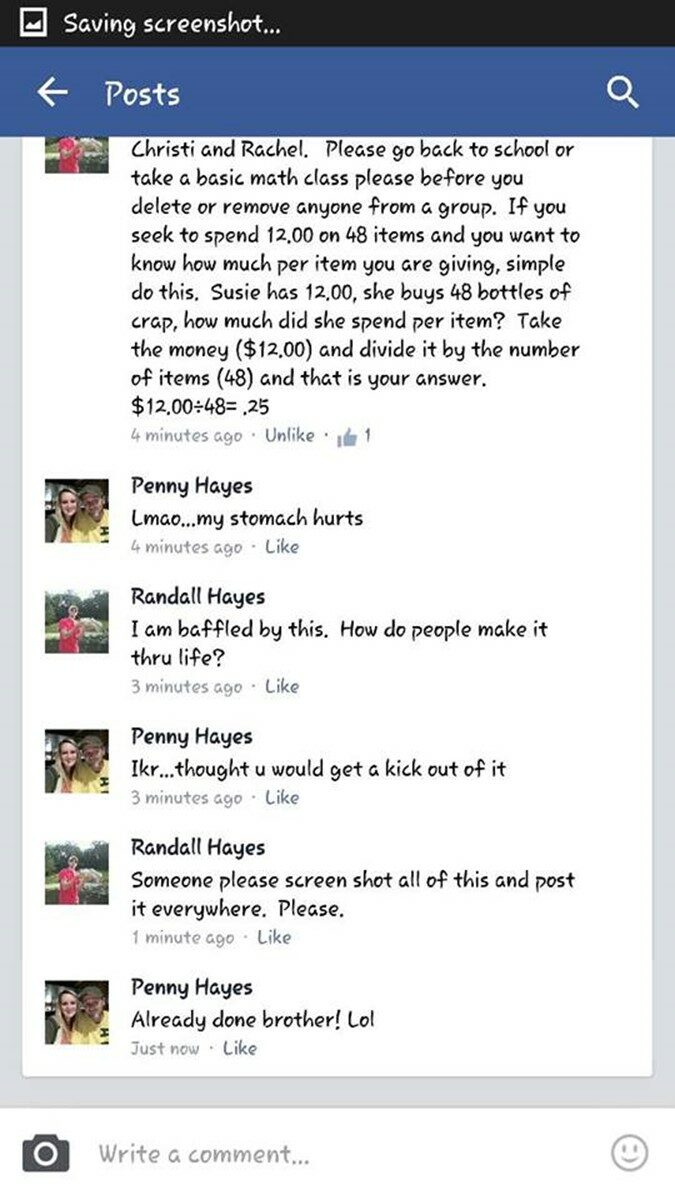