Tom Foley, the winner of the Republican Convention for governor in the state of Connecticut, gave strong support for Second Amendment supporters. However after doing so, Foley then turned his back on them and encouraged his delegates to vote for the number one Republican anti-gun politician, John McKinney. A last minute decision, according to video documenter Palin Smith, “put McKinney over the 15% threshold of primary election qualification.” This leaves gubernatorial candidate Joe Visconti as a possible Dark Horse in the race.

Palin Smith has contributed many necessary videos documenting the fiasco that is going on in Connecticut. In this latest one, a delegate to the convention said that Tom Foley talks a good game, but it was his actions that were disturbing.

“I thought I was coming up here as a delegate to the Republican convention to support Republican values,” Alan Shaw of the Republican Town Committee of Stamford told Smith. “Instead, what I find out is that when you… after being told ‘well, you have to vote as a bloc. We’re all supporting this guy.’ Then in strategy, all of a sudden, ‘oh you have to switch your vote because we have to switch to this other guy.'”

“McKinney is the epitome of a gun grabber,” Shaw said. “I don’t think he ever was Republican.”

Shaw is a Joe Visconti supporter, though he didn’t think that Tom Foley was a bad candidate, and he assumed that Foley would be the frontrunner since he is a big GOP guy. So what happened?

According to Shaw, there were whispers started in the second part of voting, in which voters can switch their previous vote before the closing. However, the people that headed the Foley campaign told voters from Stamford and Westport to vote for McKinney because Foley had enough votes in the first part of the vote. According to accounts, this was in order for Foley not to have to go head to head with former Danbury mayor Mark Boughton, who was formerly with Michael Bloomberg’s Mayors Against Illegal Guns organization. Palin and Visconti both told Freedom Outpost that they believe Foley’s strategy was to split the votes between McKinney and Boughton.

In doing so, however, Visconti said that Foley “betrayed us.”

“We wanted McKinney finished,” Visconti said. “But Tom gave political life to a gun grabber. Foley could have helped us, but chose to help the man who voted for the gun grab bill instead.”

Visconti told us that he is personally friendly with all of the men, but that this was not a personal issue, but an issue of freedom.

McKinney not only broke through the 15 percent threshold, but he also gets $1.3 million of taxpayer money to spew his anti-gun agenda.

This leaves a three way race in the primary, but Visconti is not out. In fact, his campaign has been collecting signatures ahead of the June 10 deadline in order to be in the running, making him a Dark Horse in a four way race and he is gathering steam. Visconti is openly opposed to Common Core, as well as a vocal supporter of the Second Amendment, who told Freedom Outpost that he would use Executive Orders to keep Connecticut State Police from any attempts at confiscating guns until the law could be determined as unconstitutional in court.

Graham Nicholson, who was the first to bring Karaoke to the United States from Japan and is the owner of the Cadillac Ranch, the largest Country-Western dance hall and bar in Connecticut, is allowing the Visconti campaign to collect signatures for their petition drive every Thursday through Saturday from 7pm till midnight, from now until June 10, in order for Joe to be in the primary. 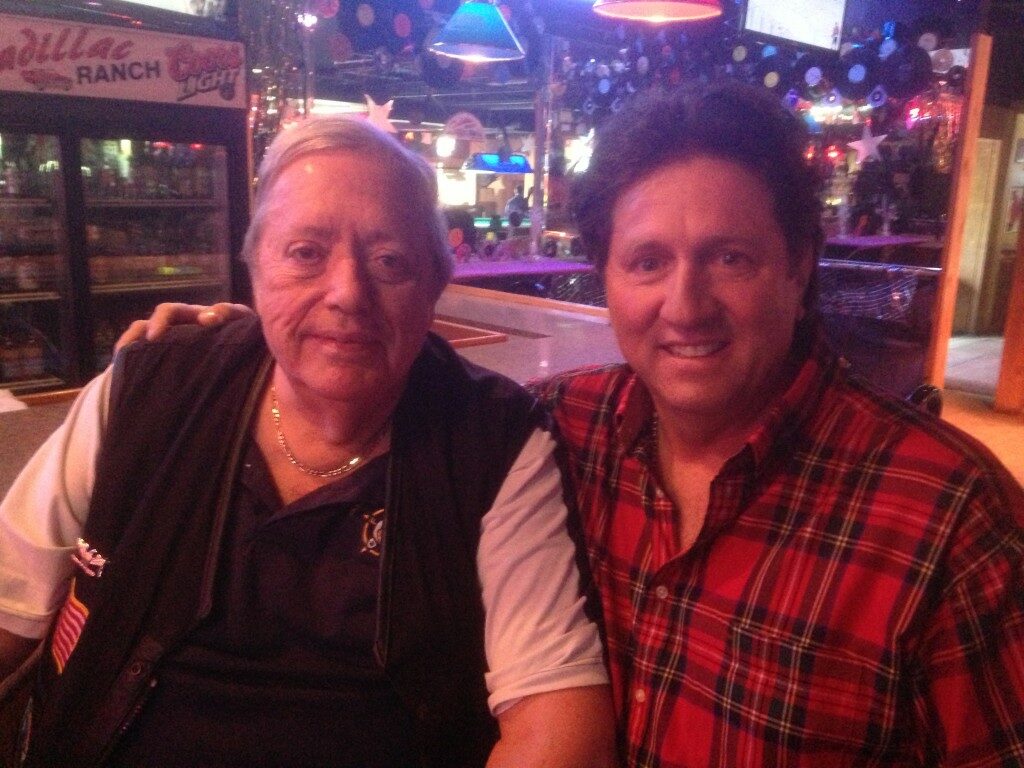 Connecticut Citizens Defense League, a non-partisan, grassroots organization devoted to advocating rights affirmed by the Constitutions of the United States of America and the State of Connecticut, was engaged in a fund raiser at the Cadillac Ranch on Sunday.

While only 8,190 signatures are needed for Visconti to enter the primary, Smith told us they are expecting to collect between 12-14,000 signatures.

“No one wants to talk about the Second Amendment,” Visconti told us. “Foley wants it to go away. Boughton and McKinney don’t want to talk about it either, so it’s up to me to stand up for gun owners.”

It looks like Visconti is looking to upset Foley’s political strategy and advance the cause of freedom in Connecticut. If you are interested in supporting the Visconti campaign, they are in need of your support. Joe also told us that his campaign is not taking taxpayer money, but is wholly supported by grassroots, hoping that if they win the primary, the money from various PACs and grassroots will help them out. You can donate at Viscontiforgovernor.com.