The Problem Of Drones – How A Transparent World Protects Us

John B. (Jack) Douglas, an attorney, author of the long touted “Reebok Rules” and Vice Chairman of Green Hills Software, a contractor that produces software for drones, famously filled with advice on how to make it as a corporate counsel, caught in ‘the act,’ told the off-duty officer what he was doing was a family tradition. Officer Arvin McGowan did not find the argument compelling.

Douglas exposed himself to Officer McGowan’s wife and children as the family ate a meal together at Olive Garden Restaurant on County St, Taunton, MA. See the police report here and here. (Originally documented here)

Some will chuckle. Others will be outraged. A few will talk about the beauty of the human body and their support of nudity. But Jack Douglas revealed something about his real values and operating principles, there, between Dunkin’ Donuts and the Olive Garden; something he would prefer was not transparent to the world.

When we can see and understand the actions of those, who otherwise, we would automatically trust, we are far better able to ensure our trust is not misused.

Jack knows perfectly well what the prevailing standards are for nudity, legally and culturally. He is a seasoned and sophisticated graduate of Harvard. On June 7th Douglas will face pre-trial in Taunton District Court.

Covert behavior which gratifies or profits individuals flies underneath a system of law and the original American culture which, localized and community based, allowed us to know each other well enough to know the predilections and motives of those around us. We knew who we could trust and how much we could extend that trust.

Modifications in our form of government and business took place over time. But this form of ‘security,’ knowing about the operating principles of those around us, which are not enumerated in their resumes and CVs, is exactly what the burgeoning centralization of government and corporations has worked diligently to suppress.

When you look at Jack’s smiling face in the lineup of his fellow team members from the corporation for which he is Vice President, the last thing you would think about is him is the I image of him lifting his kilt to expose himself to a family eating their garlic bread.

But what you don’t know about those in corporations and government can, and is, killing people around the world and reducing all of us, who struggle to do the right thing, to poverty and ill-health.

Jack Douglas is Senior Vice-President for Green Hills Software, Inc., a company which provides software for war drones to the military. Using drones in an illegal, undeclared war in Pakistan which is, daily killing innocent civilians, is good for their bottom line. But this policy of death for profits both violates our Constitution and is making America a nation, hated for its disregard of human rights, across the globe.

Green Hills took off for the big bucks in 2003 when the War in Iraq was just getting under way, at the same time they supplied uncertified documents to individuals closely associated with the Bush Administration in an attempt to protect one of their operatives, John Fund. 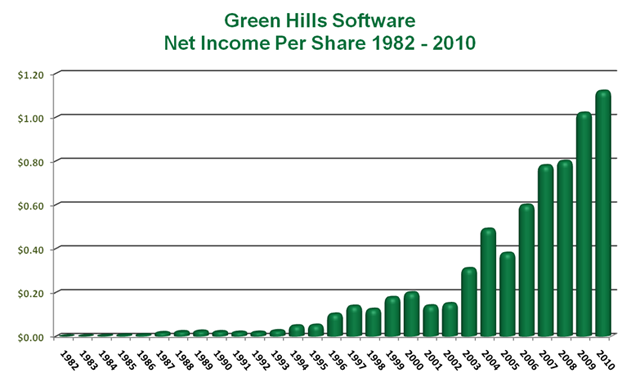 Look closely at these photos of the Management Team. You are going to learn some interesting things about them which will change your perception of the sheen of respectability which the presentation of their images and resumes create. 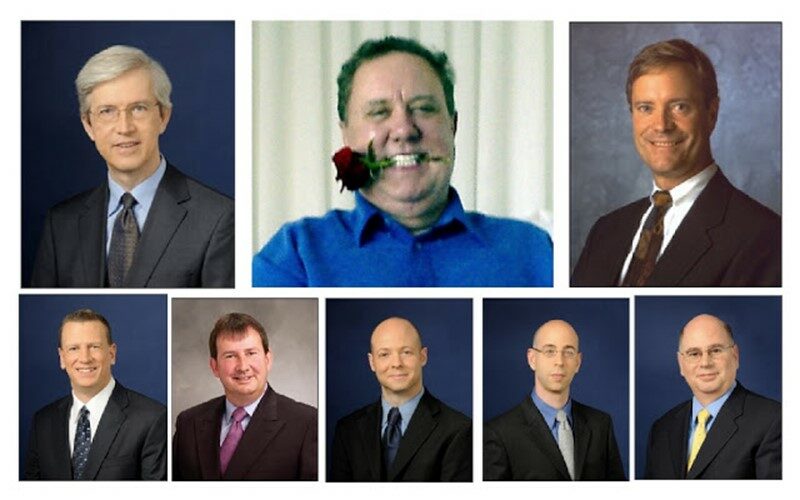 The President and CEO of Green Hills is Dan O’Dowd. Dan owns 97% of the company with his wife, Amy Chang. O’Dowd, whose life ambition is to be wealthier than Bill Gates owns other companies, purchased with his profits. Covert should be Dan’s middle name.

Unlike Gates, O’Dowd did not have a wealthy father. Dad O’Dowd was a psychologist.

Dan was a poor graduate from CalTech when, in 1982, with the financial backing of another very successful CalTech graduate, Glenn Hightower, they founded Green Hills.

Despite claims, it was not an immediate success. In fact, in 1985 it seemed likely they would have to return to Hightower for more funding, diluting his shares. It was then Craig Franklin entered Dan’s life. Franklin, ignoring Dan’s marketing, read the code and recommended it to friends in the industry, saving Dan’s equity position. Making Franklin an offer he could not refuse, Dan hired Franklin on as vice president of advanced products development in 1986.

The two men each have much to hide.

In 1998 it was Franklin who organized the walk-out of critical employees which, part of a carefully orchestrated plan, allowed O’Dowd to buy out the company from Hightower at a fraction of its real value. Hightower had been an active participant in the company, not a passive investor.

The deal between Franklin and O’Dowd was of the, “Throw Mama from the Train,” variety. Franklin assisted in defrauding Hightower and O’Dowd made sure Franklin’s wife did not receive her marital share of the stock options issued to Franklin the year before. Their actions callously, and intentionally, left her disabled, destitute, and struggling to care for a completely disabled son, who Franklin had adopted.

Today, Craig Franklin, is widely known to engage in bizarre sexual behavior and to have exposed himself to his adopted daughters. The focus of his sexual drive is young girls, and his fantasies turn on incest. Franklin’s son, Jonathan Scott Franklin, is presently serving time for the attempted murder, by a hitman, of his wife.

Green Hills provides software for aerial guidance systems, high level encryption, and covert surveillance, directly to government and to other government contractors, among other products.

Today, we must openly confront the fact government contractors and other multi-national corporations have become a powerful partner in government. Therefore, the operating principles of the real, flesh and blood people who determine their corporate strategies and policies must be transparent to us, the people who supply the money which has allowed them to ramp up to billion dollar enterprises.

Those on corporate management teams, officers of the company, and members of their boards, are not private individuals. Our need to know supersedes their privacy, as it would for elected or appointed officials. The American people supply the money which pays for their corporate jets and income. On our behalf, they are making decisions which are impacting all of us.

We have it in our power to provide the transparency in this sector which is so desperately needed.  The responsibility is ours, each of ours, as individuals.  When we see wrong being done we need to speak out, informing others as we demand justice be done.

This was true in Nazi Germany.  It is true now.

Today, it is obvious just how deep and wide the corruption of our institutions has gone.  Read,  “Everything Is Rigged: The Biggest Price-Fixing Scandal Ever,” by Matt Taibb, now published in Rolling Stone Magazine, if you still doubt. It is not just war contractors. From the highest level of banking down to the seemingly honest faces of the men above, the need for transparency screams to us like a man dying for want of air, lost in an ocean of deceit, all undertaken for profit, without a shred of integrity.

As we continue the campaign to ‘get to know,’ the Management Team for Green Hills Software, remember there are 2,500 drone companies which are members of the Association for Unmanned Aerial Vehicles Systems International, of which Green Hills is a Silver member.

Forget their attempts to look honest, normal and respectable.  Remember how much they have hidden, tolerated, and the murders committed in the name of money in their pockets.  Character, and values, do matter.  The lack of integrity, the real thing, not Dan’s ironically named software, can destroy all of us unless we, as individuals step up and take action.

We are the ones we have been waiting for.

Editor’s Note: Ms. Pillsbury-Foster graciously contributed this article and the subsequent documentation of all her claims. For a full review of all documentation relate to this article, please visit Just the Evidence.