The upcoming Bundy Ranch trial is already setting up as a display of the amount of corruption inside the federal court system.

The latest example of this corruption comes from Prosecutor Steven Myhre, who hasn’t made his case twice and is attempting it a third time on two defendants, which seems so clear to me to be a violation of the Constitution’s Double Jeopardy clause that Myhre should never be allowed to serve the people in any capacity ever again, along with Judge Gloria Navarro, who allowed it.

However, last week, Myhre submitted a twenty-six page request to the judge, which amounted to calling on the judge to suppress the defendants right to defend themselves.

According to the documents that were filed with the court, the prosecution wants to “preclude the defendants from:”

So, the prosecution is basically saying, “Hey, we were right and they don’t have a right to challenge our own usurpation of the clear wording of the US Constitution.”  That is what Myhre is saying, you know?

Furthermore, Myhre wants to keep the jury in the dark about the unlawful, unethical and criminal activities of the central government, its agents and prosecutors who seek to defend them.  How, you might ask?

According to the documents, Myhre and company seek to “preclude evidence, information, commentary, beliefs, explanations, or opinions about the following:”

Now, listen carefully.  Mr. Myhre doesn’t want to deal with any of this because it would simply demonstrate the house of cards and lies that he and those like him have bought into regarding the central government’s usurpation of the US Constitution since the time of Abraham Lincoln.  That is a fact!

He doesn’t want legal arguments that point to the fact that the only way the central government may own land outside the 10 square miles in DC is by obtaining it from the states, through the state legislatures and for specific reasons.

Myhre acts as though allegations of misconduct by Special Agent in Charge Daniel P. Love are without merit, even though they were documented by the Inspector General.  Dan Love lost his job because he was stealing evidence, evidence for which he hounded other people to the point where they took their own life.  Yet, he hypocritically wanted to bring in actions of two of the defendants that occurred months after Bundy Ranch and had nothing to do with Bundy Ranch as evidence against them.  Talk about corruption!

More evidence of how Love was handling things at Bundy Ranch include the following evidence, which the prosecution did not want the jury to see.

Love telling fellow agents to shred documents is also documented.  These are not allegations and in the same manner that Myhre wanted to use things against the defendants that occurred months after Bundy Ranch, he does not want the truth coming out about the guy running the show in Bunkerville.

Myhre also acts as though definitive proof that Bureau of Land Management (BLM) agents acted unethically and improperly during the impoundment doesn’t exist and that they are merely allegations.

Here’s verifiable proof that the BLM killed many heads of cattle that belonged to Cliven Bundy and his family and then sought to cover it up in mass burials.  Following the BLM backing off after alternative media brought attention to what was going on and fellow Americans stood alongside the Bundys, here’s what was discovered.  Ask yourself if this was “lawful action” by the BLM.

Here’s the mass graves that were dug. 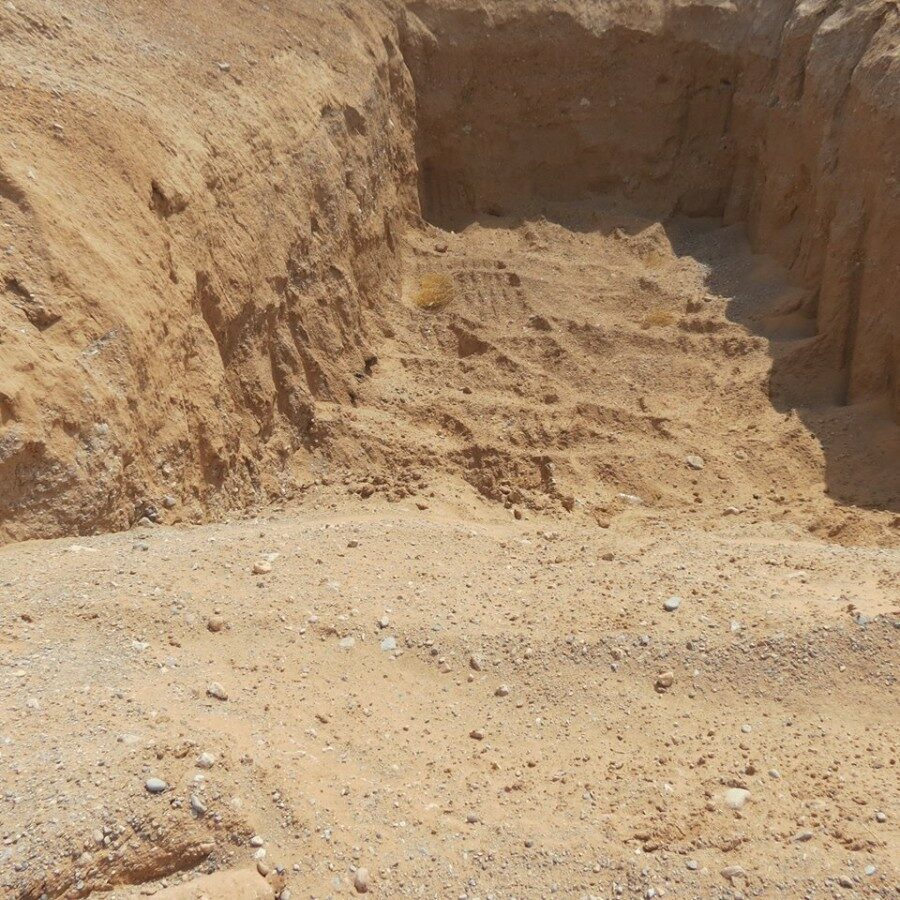 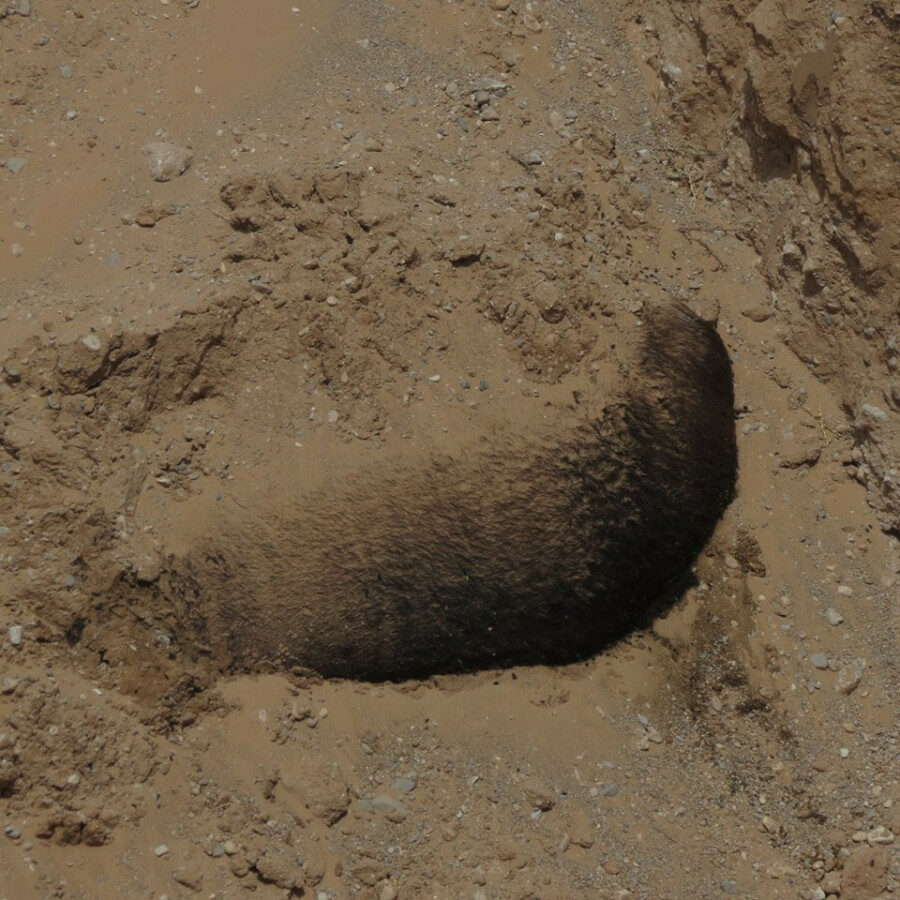 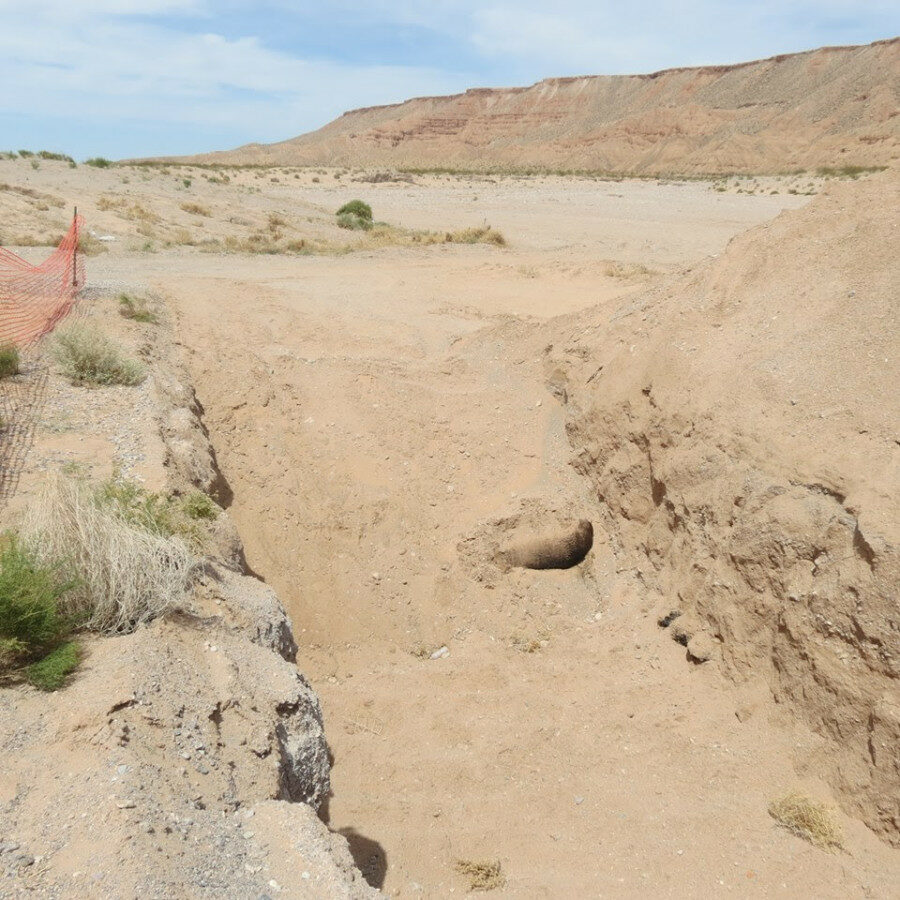 Here’s photos of one cow that was killed by the BLM and it’s clear they were shot. 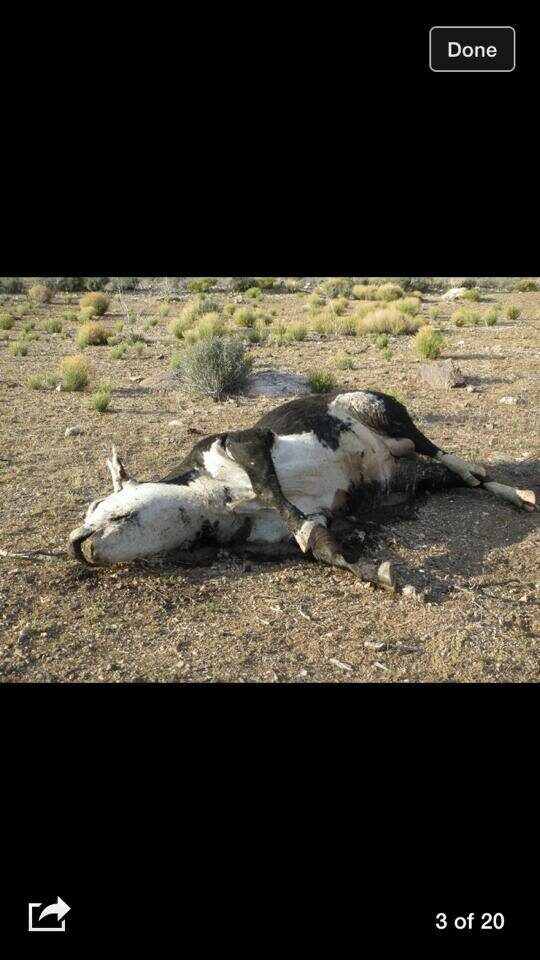 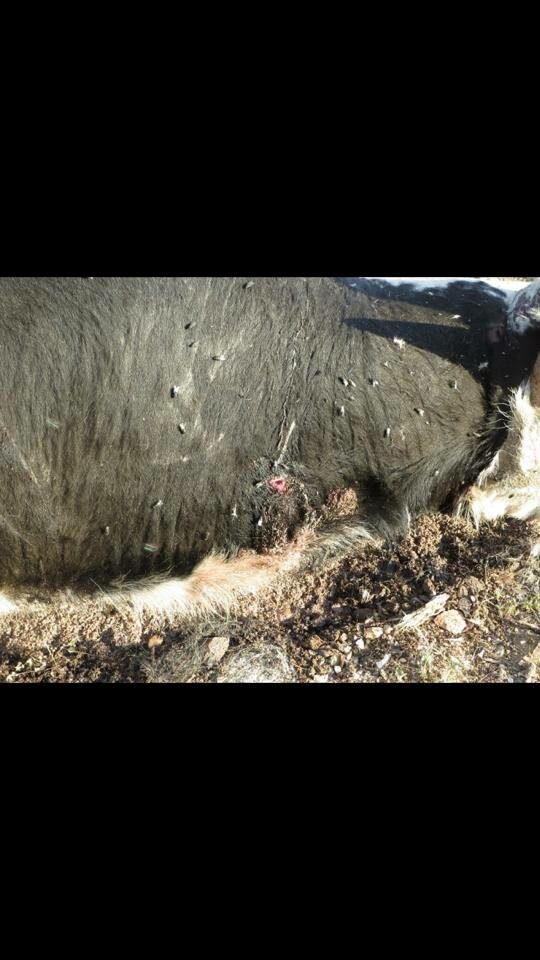 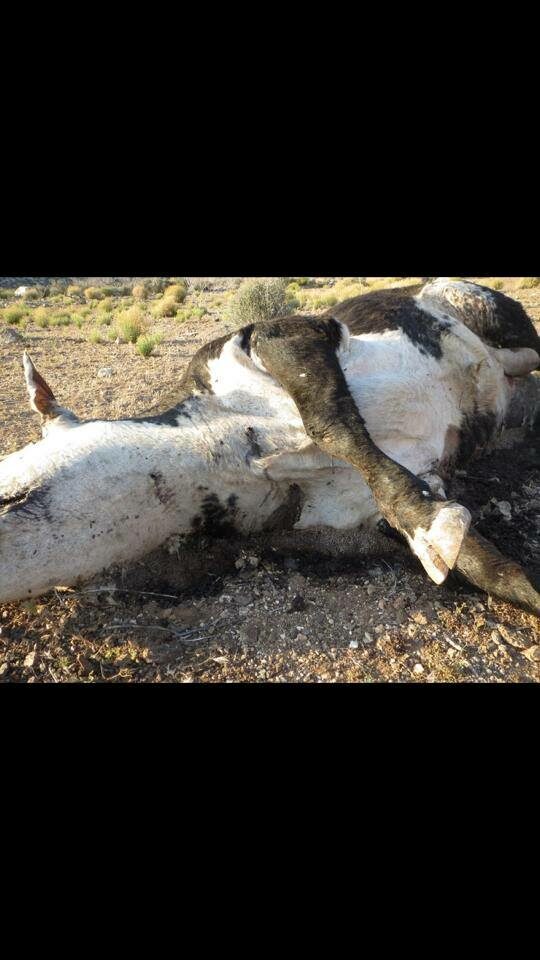 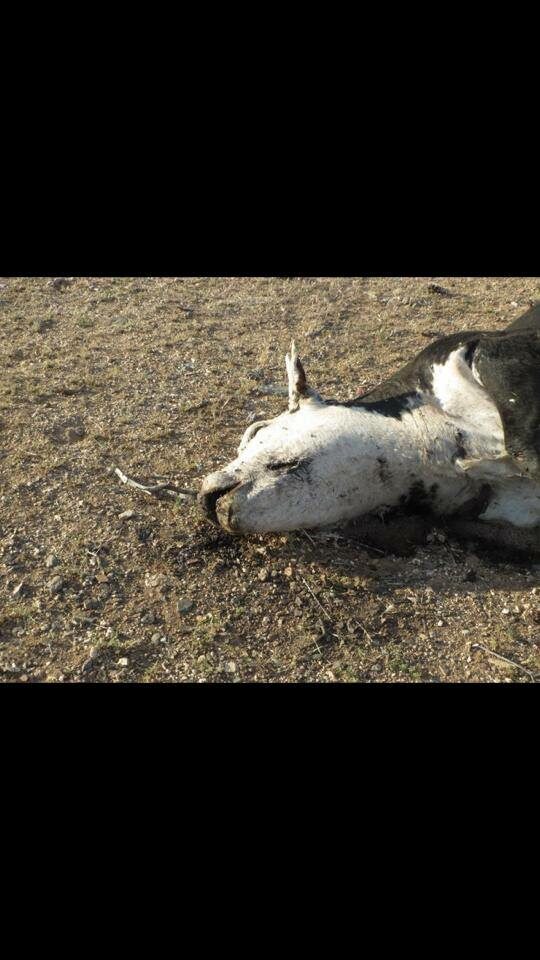 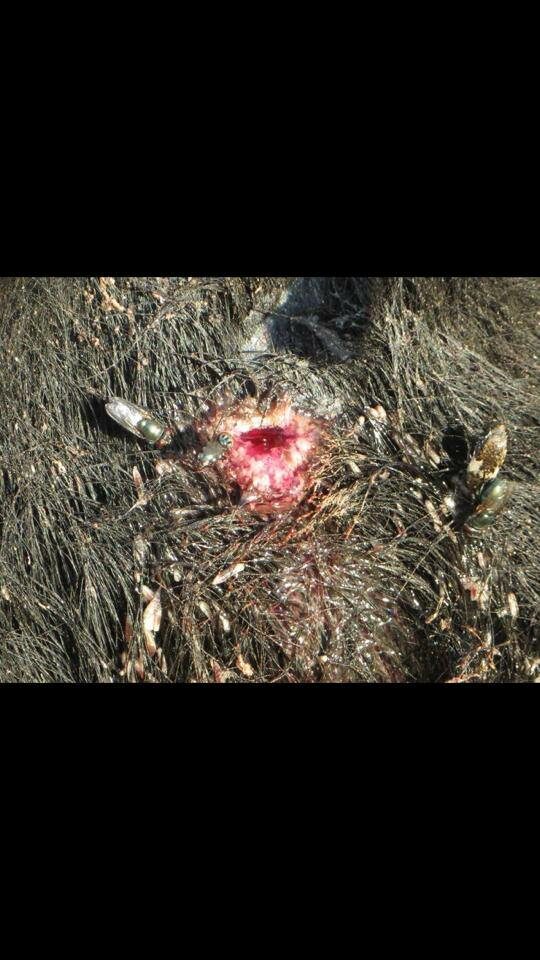 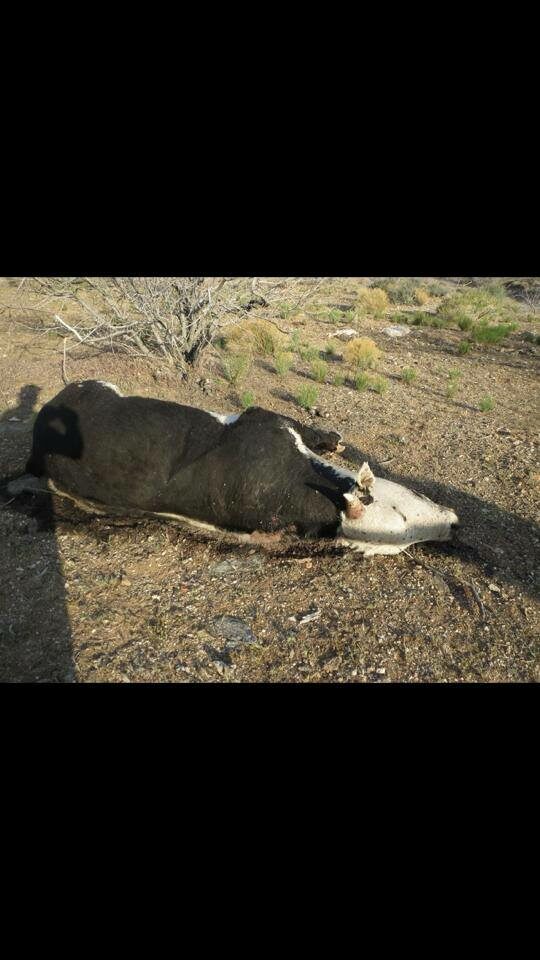 Here you can see as the Bundys retrieve their dead cattle from the mass grave. 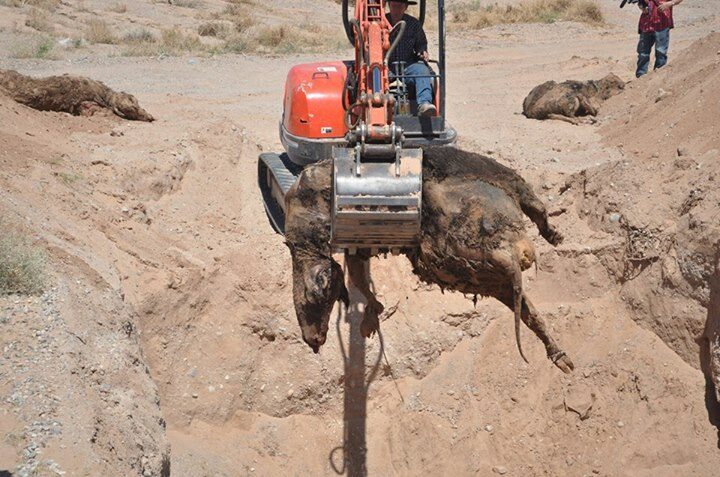 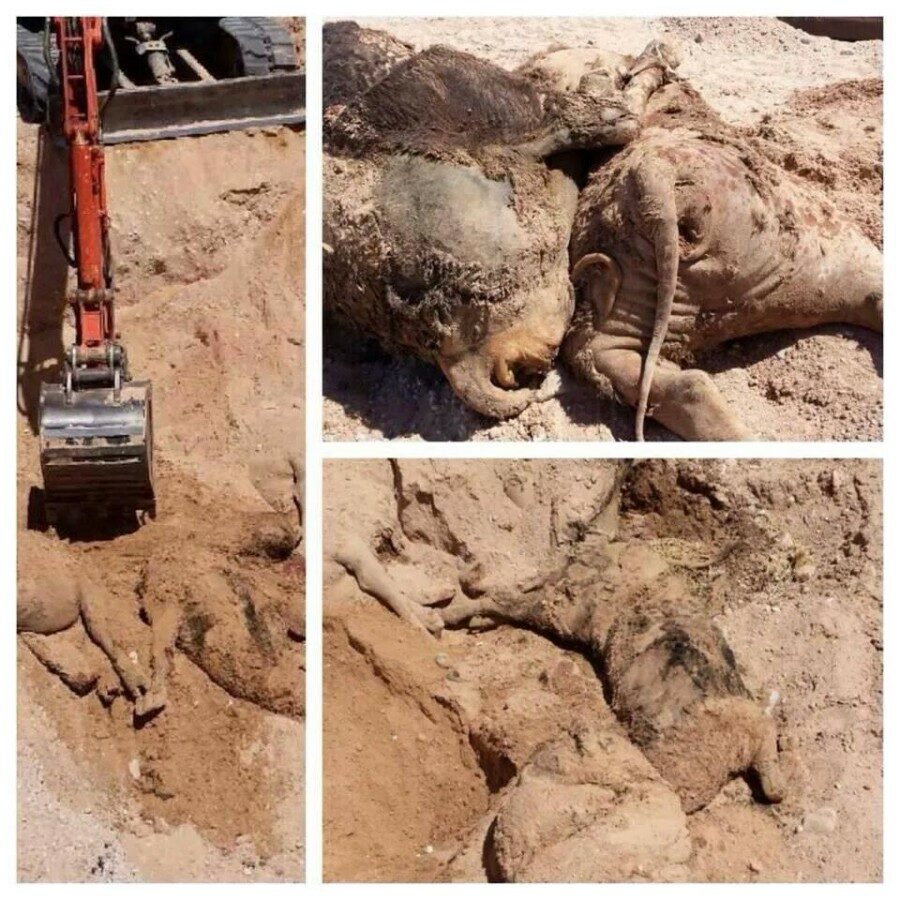 Listen to journalist Ben Swann’s report on this with Ryan Bundy.

As for misconduct by the BLM agents, take a look at this action by the agents, and don’t forget they also sought to impose a “First Amendment Zone,” something that is unlawful under our Constitution.

Love has been found guilty by the Inspector General of misconduct, he has ordered the scrubbing of emails that were subpoenaed, has stolen evidence for himself that he used such heavy handed tactics against Dr. James Redd for finding, that Redd eventually killed himself.  Additionally, Love has used his position to acquire tickets to the pagan festival known as the Burning Man.

He’s a real piece of work, continues to be employed at the BLM, is the prosecution’s star witness, but they won’t let him take the stand, and is being protected by the prosecution and Judge Gloria Navarro.

It’s because he’s corrupt.  He’s a vile man who knows nothing of honor and the upholding of the Constitution or the law.  His actions are more lik the Nazi SS, and yes, every single agent who obeyed his orders are the same way.  None of them stood up to him and denied his orders.  They just followed along like good little Nazis.

The US Attorney’s office in Utah will not prosecute Daniel P. Love for his crimes, but will go after law abiding citizens like Eric Parker, Cliven Bundy and his sons, and reporter Pete Santilli because they are threat to their tyranny.

Steven Myhre doesn’t want anything brought up from the Oregon trial where the charges were very similar and yet they were all dropped against reporters Pete Santilli and several of the men, in cluding Ammon and Ryan Bundy were acquitted of all the charges.

He doesn’t want to deal with the Constitution because he does not follow it.  He doesn’t want to deal with the unlawful setting up of a “First Amendment Zone” nor does he want to deal with the fact that the right to keep and bear arms is not to be infringed.   Just because a video shows armed citizens protecting one another from a tyrannical BLM, something that even Sheriff Lombardo was willing to stand up to, doesn’t mean they were breaking the law.  Seriously, is no one reading the Second Amendment?  Do none of these people know why we have it and what provoked the writing of the Second Amendment?  or the First? or the Third? or the Fourth, etc. etc.?

Look at what those who stood with the Bundy’s were up against.

Here is a picture from the Mesa above Toquop Wash at Bundy Ranch on April 12, 2014 showing BLM snipers. 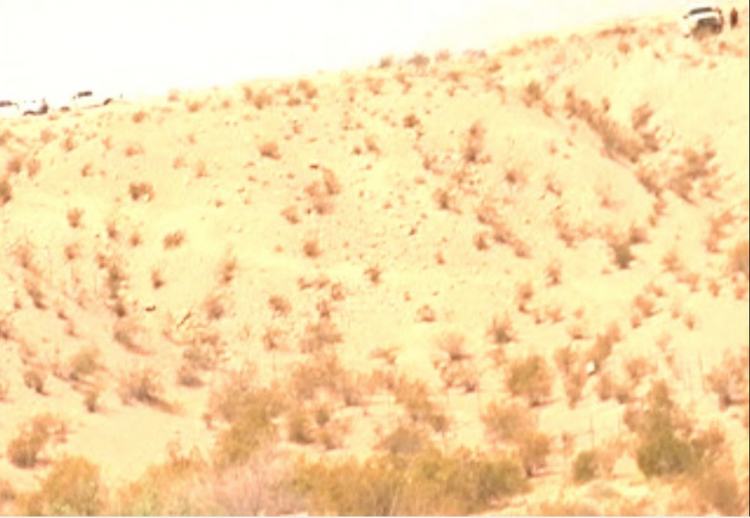 Deb Jordan, who has been covering the Bundy Ranch trials due her history in journalism and her involvement with the Pete Santilli Show, said that jurors in the second trial found a BLM agents’ testimony to not be truthful, and according to Jordan, “Burke’s tearful testimony in the last trial saying her testimony was uncomfortable and that she embarrassed herself and Law Enforcement.”

Consider how the BLM goons were conducting themselves and violating all sorts of constitutionally protected rights of citizens in this video.

The video above also presents evidence that the BLM acted unconstitutionally in attempting to corral people into “First Amendment Zones,”  photos of the overly aggressive arrest of Dave Bundy exercising his rights under the First Amendment to take photographs of the heavily armed BLM at Bundy Ranch, and body cam video of the agents talking about killing protesters.  This is exactly the kind of footage that former Nevada Assemblywoman Michele Fiore and reporter/political prisoner Pete Santilli have said was found in the defense discovery.

This is only the tip of the iceberg of evidence the prosecution sought to hide from the court and the American people, but it’s all going to come to light!  There is no escaping it with the technology of the internet available to us.  The issue now is for those of us to support these men and get the information out so that it pushes it into the mainstream media where they have to talk about it and we must be focused on the fact that that Constitution does not allow for agencies like the BLM nor does it allow the central government to own land unless it is for specific purposes and obtained via the state legislature.

Nevertheless, Prosecutor Steven Myhre, a two-time loser already, and criminal in my mind for attempting successive trials of men he could not prove guilty, is seeking to keep all of this evidence and more out of the courtroom.  He is seeking to impose restrictions on the free speech of the defendants to actually defend themselves against the tyranny that Myhre seeks to defend.

Stevne Myhre is an enemy of the Constitution and if Judge Navarro goes along with this, so is she.

Wolfgang Halbig Sued Over Sandy Hook: Will the Truth Finally Come Out in Court?

Wolfgang Halbig Sued Over Sandy Hook: Will the Truth Finally Come Out in Court?