Declassified Documents Reveal Government Spying on Patriots as a Threat

Declassified documents provided by the Obama administration dictate how the National Security Agency (NSA) has been given the green light by the Foreign Intelligence Surveillance Court (FISC) to monitor Americans – dating back to the Bush administration.

Much of the information has been redacted, yet there is still a clear path of how the Bush administration created surveillance programs without judicial oversight which conducted operations outside of legal authority.

Suspects of terrorism had their entire lives under surveillance. 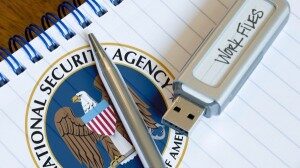 James Clapper, director of National Intelligence (NI) explained that Obama told him to “make public as much information as possible about certain sensitive programs while being mindful of the need to protect sensitive classified intelligence activities and national security.”

Clapper said: “Release of these documents reflects the executive branch’s continued commitment to making information about this intelligence collection program publicly available when appropriate and consistent with the national security of the United States.”

Seven years ago, the Bush administration ordered the collection of information from all domestic phone calls be made under authority of the Patriot Act. All “relevant” records of business transactions were taken up during investigations.

This program is still functioning as it was when it was created.

The NSA readily admitted in these documents that they broke their own rules and laws regarding privacy and rights of Americans for the sake of national security.

Over four years ago, the NSA acknowledged their programs were operating “improperly” which was the product of “poor management, lack of involvement by compliance officials and lack of internal verification procedures, not by bad faith.”

US District Court Judge John Bates stated that the federal government had continued to promise to stop breaking the rules; however “those responsible for conducting oversight at the NSA had failed to do so effectively.”

The NSA trained special agents to search databases for phone records of suspects and their “associates” by using “objective justification” for their choice in targets.

Although these agents were told not to listen to phone calls or read emails, there was so little oversight that the possibility is quite high, considering their admission to breaking every regulation to justify their mission.
Triggers for the NSA agent were Americans who:

• Work as a journalist

Last month, speaking to the press, former vice president Dick Cheney said that the Tea Party “has been a positive influence on politics.”

Cheney joked: “I’m not a card-carrying member. I don’t think there is a card, but I have respect for what the people are doing. These are Americans. They’re loyal, they’re patriotic, and taxpayers and fed up with what is happening in Washington. It’s a normal, healthy reaction, and the fact that the party has to adjust to it is positive.”

Cheney did say that the Tea Party was “an uprising” but that this is a good thing for the Republican Party to learn how to be more radical.

The propaganda document entitled, “The Year in Hate and Extremism” was recently published by the Southern Poverty Law Center (SPLC). This report criticizes Patriots are a viable threat to the US government and places them in the same category as other right-wing extremists.

According to the SPLC, constitutionalists, racists and terrorists are organizing in the US at record levels which places the current President in danger because he is half black.

SPLC states that Patriots are convinced of a movement toward One World Government which causes them to act out in an extreme manner, organize against the current administration and recruit more citizens at an all-time high.

Everett Wilkinson, member of the National Liberty Federation (NLF) asserts that Patriot groups promote peaceful resolution and that the SPLC “is a liberal organization that likes to spread propaganda about right-wing and conservative groups.”

Earlier this year, a paper entitled “Challengers from the Sidelines: Understanding America’s Violent Far-Right” published by Combating Terrorism Center, a think-tank at the West Point US Military Academy that the “far-right”, “anti-federalist” and groups that support “civil activism, individual freedoms and self-government” are dangerous as “racist/white supremacy movement, an anti-federalist movement and a fundamentalist movement.”

The report claims “while far-right groups’ ideology is designed to exclude minorities and foreigners, the liberal-democratic system is designed to emphasize civil rights, minority rights and the balance of power.”

What In The World Just Happened In Switzerland?