When I wrote my article titled Democrats Jump Ship over Obamacare, I was amused by Democrats trying to distance themselves from Obamacare, but as the awful reality of this horrible law affects more and more Americans, it seems that the Democrats who helped shove this down your throat are having second thoughts about the whole thing. Some of them are even going so far as to publicly say the President was wrong for misleading you and them about the whole thing. What about what they said when they were pushing this on us in 2009? 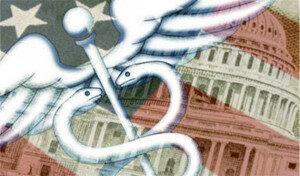 What unmitigated gall! Even the likes of Diane Feinstein are chiming in and trying to act like they are shocked and upset, and that insults my intelligence! Prior to the debut of the Affordable Care Act, Dianne Feinstein and all the rest of the Democrats have been defending this law like it was their child, and have been angry at Republicans for not wanting to pass it in the first place. They are still defending it against any effort by Republicans to either repeal it or defund it.

According to the Democrats, “You can huff and you can puff -but the Affordable Care Act is not going away!”

Now they act shocked and angry at the President because of what they helped him do to the American people. Are we supposed to take them seriously?

As I previously stated in other articles, every single Democrat who was in office at the time signed that law! Not one of them even read the bill before voting for it, and now because it’s going badly for them, they think that they can jump ship and try to distance themselves from it and the President? I don’t think so! They need to be held accountable, and it’s up to us to not let them get away with it.

For the last 5 years of the Obama occupation of the White House, progressive/liberal/democrat/Marxist’s have been acting more and more emboldened in their disdain for the will of the people they are supposed to be serving. Dianne Feinstein has tried to introduce gun control legislation more than once and has also attacked the 1st Amendment with Shield Laws. So forgive me if I don’t believe a word she says about Obamacare right now, she, like every Democrat in Washington D.C. is trying to save their political careers and their jobs right now. They are counting on you being too damn stupid to remember that they are the ones who did this to us in the first place. This law was forced on the American people. We were, in effect, violated against our will. This law is one of the main reasons the Tea Party was formed.

So, as the time for the 2014 elections draws near, I’m sure that more and more of those same Democrats who did this to us will try to convince you that they really didn’t want it in the first place. It’s up to us to not let them try to BS their way out of it. Rather, we must hold each and every single one of them responsible. Even Bill Clinton is going on record saying the President “misled” us and for him to keep his promise.

Remember folks, those Democrats who brought this down on us will say and do anything to keep their jobs at this point. It’s our job to make them pay for this, and the only thing they understand is to be voted out of office! Please feel free to give them a call and tell them that there is no excuse for this.

How can a reasonably intelligent person in America believe anything that a Democrat says right now?

In Order to Win the Fight Choose Your Political Battles Carefully

In Order to Win the Fight Choose Your Political Battles Carefully