Judicial Watch uncovered documents from the Department of Homeland Security (DHS) that evidence a “hands off list,” which essentially removed nearly 1,000 suspected individuals with ties to Islamic terrorist groups– specifically after the Boston Marathon bombing, which included the San Bernardino killers.

Obama’s priority was to ensure that the “civil rights of suspected terrorists” were protected by REMOVING them from the Terror Watch List and Terrorist Screening Database– instead of protecting U.S. citizens from threats both foreign and domestic.

Thanks to Senator Charles Grassley who released internal DHS emails, it became apparent that there was actually a “terrorist ‘hands off’ list” of individuals with potential links to terrorist groups already on U.S. soil– that law enforcement could not investigate.

Judicial Watch sued DHS on February, 2015, which resulted in the DHS releasing 183 pages of documents that evidence the “law enforcement agency” tasked with protecting Americans from terrorist threats– literally deleted data about 1,000 people from the “Terrorist Screening Database”– in order to protect “the civil rights of suspected Islamic terrorist groups.”

The “massive ‘hands off’ list” removed data from the terrorist watch list, which Judicial Watch argues, “could have helped prevent the San Bernardino terrorist attack.”

Worse still– a September 25, 2013 DHS Inspector General memorandum reveals that the DHS Privacy Office and DHS Office of Civil Rights and Civil Liberties “determined that individuals could only be ‘watchlisted’ based on an association with a known or suspected terrorist already ‘watchlisted’… not based on their affiliation with [REDACTED] (or any other [REDACTED] organization.” Grassley’s released emails indicated that an unnamed individual, believed to be a member of the Muslim Brotherhood and close associate of Hamas, Hezbollah, and the Palestinian Islamic Jihad, appeared to be on this list. In a letter Grassley quoted an email exchange between an Immigration and Customs Enforcement official and a Customs and Border Protection official:

“I’m puzzled how someone could be a member of the Muslim Brotherhood and unindicted co-conspirator in the Holy Land Foundation trial, be an associate of [Redacted], say that the US is staging car bombings in Iraq and that [it] is ok for men to beat their wives, question who was behind the 9/11 attacks, and be afforded the luxury of a visitor visa and de-watchlisted.”

According to Breitbart News, after the San Bernardino terrorist attack, entries “regarding suspicious and terror-related activity were removed from an agency watch list as the result of political pressure after the 2013 Boston Marathon bombing.”

“They came into the National Targeting Center, either physically or through emails and correspondence, and said that we could not develop cases based on association with Tablighi Jamaat [a Muslim religious organization with which the San Bernardino terrorists were reportedly affiliated], and/or any Islamic group.”

One heroic whistle blower of the DHS’s treasonous acts is retired DHS agent, Philip Haney, whose new book was released this year:

Is it any wonder, when the Muslim Brotherhood has been entrenched in the U.S. government for years? Article posted with permission from Bethany Blankley. Don’t forget to Like Freedom Outpost on Facebook, Google Plus, & Twitter. You can also get Freedom Outpost delivered to your Amazon Kindle device here. 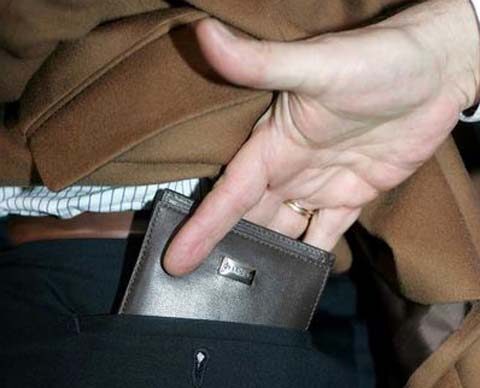 Super Soft On Islamic Terror: Obama Says That ISIS ‘Is Not An Existential Threat To Us’