Did A Transgender Male Student Bully Girls In Colorado? Left Says No…

Female students at Florence High School in Colorado have claimed that they were harassed by a transgender male student, who thanks to Colorado’s anti-discrimination stance against “transgendered” students, has access to female facilities. But the story gets even more twisted because the girls were threatened with hate crime charges if they spoke up. Leftist outlets have tried to debunk the story as nothing but Christian “transphobia.” This in itself proves the story is true. 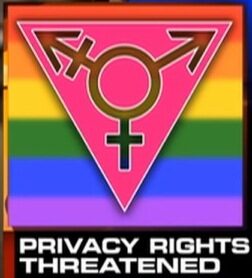 Leftist website www.Thinkprogress put out an article on the subject entitled “How Eager Is Conservative Media To Demonize Transgender Youth?” This article was written to debunk the harassment story out of Colorado, as if to say that it is all made up and merely an effort by conservatives to trample on transgender rights.

“The story first broke at the Christian Broadcasting Network. Unsurprisingly, that report about a “male student” at Florence High School who “claims to be a transgender” [sic] “harassing girls in the bathroom” did not identify a single student or parent who complained nor a single complaint about what was actually happening. In fact, the story seemed to be built around a letter submitted to the school by the anti-LGBT Pacific Justice Institute demanding privacy protections on behalf of the girls.”

Does anyone smell a rat? This is nothing more than the progressive homosexual agenda at work, trying to smear anyone, namely Christians, who have a problem with “transgender” students using the opposite sex’s restroom. EVERYTHING is wrong with a “transgender” male student using a designated female facility. Media matters For America has also been working to debunk this story, which just adds more fuel to the claim that the story is completely true.

The truth is that the regular students do not have any power anymore, nor do their parents. Lawmakers and the schools have given all the power over to the minority. And this is what happens. The girls in question complained about the transgender male’s treatment of them. The male student harassed them in a way that made them extremely uncomfortable.

But they were told that if they said anything they would be charged with a hate crime for daring to speak out. And their parents were, “told by the school that the boy’s transgender rights trumped the privacy rights of their daughters.”

“When the female students continued to complain about the harassment, the school threatened to kick them off the athletic team or even hit them with hate crimes charges if they didn’t stay silent.”

This is blackmail and it should be exposed for what it is. Where is the outrage at this tyranny? When the rights of “transgenders” is greater than the rights of the majority, this spells imminent doom. But this is the homosexual agenda at work, ripping and tearing through each section of society one slice at a time. First it was homosexuals and now it’s “transgender” rights. When will the madness end? 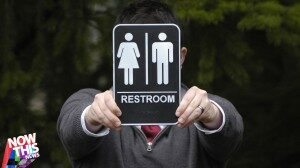 Being “transgender” is garbage. A person is born male or female. Any confusion comes from living in a world of sin, just as any “homosexual” longings. The “transgender movement” caught fire after the radical “homosexual agenda” caused the culture to cave to idea that being “homosexual” is biological.

The mainstream media is terrified of offending the homosexual activists, and so many outlets dropped the story. But more often than not, they’re showing that they agree with the movement. And so they’re on a mission to debunk any conservative who dares speak out about this disgrace, as in this case of transgender harassment in Colorado.

The Pacific Justice Institute sent a letter to the school warning them against prioritizing transgender rights over the privacy rights of female students. “We’re not going to stand by and let 99.7 percent of our students lose their privacy and free speech rights just because .3 percent of the population are gender-confused,” the letter stated.

The progressive media has painted the Pacific Institute as a “anti-LGBT” because they are fighting outrageous progressives in California. The “Transgendered Bathroom Bill” in California, also known as AB 1266, is set to be law on January 1st, 2014. The Pacific Institute is circulating an appeal. If this law does go through, this will lead to other states adopting the same measures and special treatment for “transgender” students. But the problems have already started.

What if the male transgender student made up his own assertion that he is transgendered? Have lawmakers ever considered, before handing them over the keys to the opposite sex’s facilities, that a student might be lying? Or that the student in question might be abusing the system for sport. Regardless of anyone’s assertion, the girls in Colorado are victims. A male student has no right to use the facilities of a female student. This is political correctness on steroids and it is also the end of rationale.

When no one has any rights and cannot speak up about abuse, society is in grave danger. This hostage style oppression by homosexual activists has finally come to fruition. And while the many media outlets work to prove if this story is true or not, know for certain that it is. But the case looks bad for the furthering of the homosexual cause, so any naysayers must be silenced. Florence-Penrose School District Superintendent Rhonda Vendetti has not commented for legal reasons.

“We are committed to providing a fair and equal education to all students at Florence High School,” she said.

She just said it all. The school is committed to providing a “fair and equal” educational environment for all transgender students. We know who’s side the law is on and it’s not on the victimized girls side.

Obama: We Must Tax & Spend Our Way to Prosperity