Obama’s EPA Goes after Second Amendment by Aiming at Bullets

It seems virtually every federal government agency, at least under this president, is a rogue agency.

That’s not quite accurate. You see, when one hears the word rogue, it conjures up thoughts of abandoning one’s directive. “Oh him – he went rogue. We can no longer control him.” That type of thing.

So that’s not really accurate, for it appears that this administration’s prime directive is to allow these agencies to go rogue, from our point of view. Just look at the evidence of department after departments’ involvement in one scandal after another. 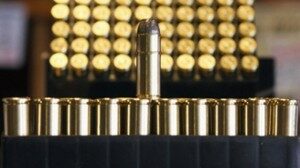 Yet, there is one agency that is head and shoulders above all in the “rogue” department, the Environmental Protection Agency. This is the agency that, if left unchecked, can literally mean the end of our country.

Not that the IRS, or Homeland Security, or other federal departments aren’t also dangerous; they are, but none more than the EPA. It’s not even close.

What other single entity is capable of shutting down entire industries. They are in charge of the air we breathe, the water we drink, and the land on which we walk. That’s pretty much everything.

The latest industry to be quite literally driven into extinction by the EPA is the lead refining industry. The last lead refiner in America will close its doors forever on December 31, 2013. All due to stricter and stricter “regulation.” And gee, what is lead used in? Why bullets, of course. Is this the administration’s way around legislation to disarm the people? Yeah it is! Without bullets, are guns pretty much useless? Yeah they are! Get it?

See, that’s what the EPA does. It tells industries that they are welcome to stay in business if they just adhere to these new standards. These standards are for our own good, you know.

“What do you mean adherence will bankrupt your company? What do you mean the new standards are ridiculous, unnecessary and can’t be met? Oh well, I guess you’ll just have to close down.” That’s how it works, every time, and the consequences to this country will continue to mount as more and more industries are driven into extinction, or at least out of the country.

Now, if the EPA were really concerned with curbing pollution in the air and water, shouldn’t it take a more worldly view? After all, we do share the air and water with the rest of the earth. It’s not just ours. And isn’t that the left’s mantra, to “save the planet”, not just save our country?

Knowing this, why wouldn’t EPA prefer to keep industries in this country where they can be reasonably regulated, rather than driving them to China or some third world hole with little to no air or water quality standards?

Well silly, that’s not the EPA’s job. The EPA is an agency full of looney environmentalist wackos and Communists whose mission is to rid us of the evil capitalist free market system. It’s that simple.

America’s industries are cleaner than they’ve ever been and certainly cleaner than the rest of the world, yet still, that’s not good enough. And why? Because they still exist in this country.

The leftists at the EPA won’t be satisfied until all the “dirty” industries have been driven out and replaced with windmills and unicorns.

Only then can they rest.