Establishment Republicans Don’t Want to Repeal Obamacare, They Just Want to Fix it Up and Control It

Home » Establishment Republicans Don’t Want to Repeal Obamacare, They Just Want to Fix it Up and Control It

The Republican fix for Obamacare isn’t repeal or defund. The House Republican fix that Fred Upton floated a couple of weeks ago is, “if you have an individual healthcare policy that was effective as of this year,  January 2013, that policy, in fact, is grandfathered in and it allows you to keep it for another year. You’re not going to be subject to a penalty. You’re not going to be forced to find something else.”

Wow, Fred! Way to go out on a limb buddy! That’s like a Governor giving a death row inmate a one year reprieve. We’ll just kill you next year. Awesome! 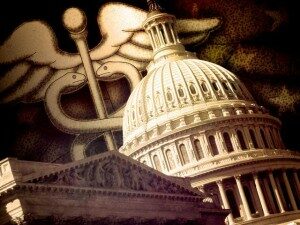 I agree with Glenn Beck’s description of what is really going. They (the republicans) also want national healthcare. Don’t believe the lies that they are against it. Like every other progressive program, most republicans are all for them. At the least the left, or should I say further left, is honest about what they want, kind of.

The republicrats want a republicare or a Romneycare, or some other derivation, yet we hear them speak glowingly of the free market. Progressives don’t want a “free” market. Just listen to them. Even when they speak of repeal, it’s never just to repeal it. It’s always “repeal and replace.” Replace with what?

Now we’re supposed to believe that the republicrats are outraged over Obamacare. Right!  And now there is a scramble on to try to suspend it and somehow rewrite the “Law of the Land” to allow for people to keep their existing plans… for a little while longer. The problem is that once those private insurance plans have been cancelled, as millions already have, you can’t just turn back the clock. It doesn’t work that way.

Yet, even Sean Hannity is buying in, touting and celebrating the republican insistence of a Friday deadline, that if Obama can’t come up with a fix by Friday, the republicans will demand that consumers may keep the plan they currently have. Sean thinks Upton’s, “If you like you plan you can keep your plan” fix is great.

What do they think will happen in the upcoming year? Nothing! The same as what has happened with the debt ceiling and the continuing resolution. Give up and promise to fight later.

It’s been estimated that Obamacare requires a minimum of 7 million people to sustain the program. If everyone is able to keep their old plan, how will Obamacare get the 7 million?

It won’t, but that’s great, right? That means that Obamacare, like many republicans and pundits have said, will collapse under its own weight and go away, right? Sure; that’s what will happen.

No, like every other loser government program, it will not implode or go away. It will live forever. More deficit spending is what will happen. If it can’t fund itself, which it never will, the government will just print the money it needs. It is the “Law of the Land” after all.

Now, when they have some real momentum to repeal and/or defund efforts, spineless republicrats would rather take the gutless, easy and way out.

I contend that the republicrats believe they will win the midterm elections, possibly even take the Senate, and as I stated before, they don’t really care about the “Unaffordable Care Act.” They just want to be in charge of it.

They Have Been Lying To You About How Easily Ebola Spreads

They Have Been Lying To You About How Easily Ebola Spreads