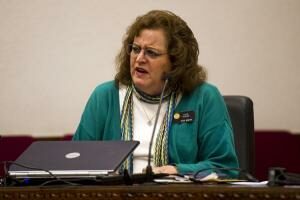 The effort to recall Colorado State Senator Evie Hudak is on again.  The Westminister Democrat seemed to successfully evade recall in August, but the recent success of two other recall elections combined with her inflammatory statements during the state’s gun control debate have prompted a renewed effort.  The group has already raised well over $6,000 and $7,000 in non-monetary contributions, as well as attracting many volunteers.  http://www.recallhudaktoo.org/ 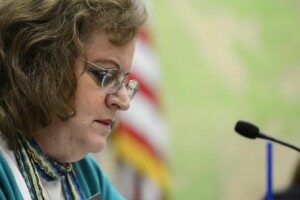 Colorado’s gun control laws put the state in the national spotlight last spring.  The package of bills passed – and the few which failed to – comprised some of the most stringent anti-second amendment legislation in the country.  Though Governor John Hickenlooper said he didn’t believe signing the legislation would hurt his re-election bid, the backlash from Colorado citizens was stronger than anyone could predict.

John Caldara and the majority of the state’s sheriffs filed a lawsuit against Hickenlooper.  Successful recall petitions were circulated and elections held against Senators Morse and Giron.  Hickenlooper’s popularity rating dropped by nearly 20 points nearly overnight.  The 51st State Initiative was formed, advocating the secession of Colorado’s rural and conservative counties, and eleven counties referred the issue to ballot with more strongly considering it.

In many ways, Hudak was the most obvious recall candidate.  Not only did she have an extremely liberal voting record – including on the issue of guns – she also made notoriously inflammatory remarks toward a young rape survivor.  When Amanda Collins said she would not have been raped had she been allowed to carry her concealed weapon on a college campus, Hudak replied that “statistics weren’t on her side,” and that had she had a gun, she probably would only have increased the danger of the situation.

The first Hudak recall was suspended in August, simply because the activists were not organized enough to get 20,000 signatures before the deadline.  Its renewal, though, has become part of the latest wave of citizen activism, and would eliminate the Democrat Senate majority.  This wave has also included attempts to repeal the legislation, as well as to remove Ryan Call as Chairman of the Colorado Republican Party.  Call lost much support with the states grassroots activists when he opposed the Morse and Giron recalls.

The group, Recall Hudak Too, has until December 3 to gather the signatures, and says it’s learned a lot from the Morse and Giron recalls.  Indeed they say their biggest problem right now is having too many volunteers.  Some are still naysayers, though, with Republican officials like Colorado GOP Chairman Ryan still opposing the attempts, this time saying they may interfere with 2014 elections which will include both gubernatorial and senate elections.

Some people expected citizen activism against Colorado’s leftist government to peak with the Giron and Morse victories and then wane.  This has not been the case, though, and in fact the victories may have only inspired more people to get involved with the idea that successful opposition is actually possible.  People, both in and out of Colorado, underestimated the state in 2012 when they declared it blue, and 2014 will be a very interesting year for the state, politically.