In my book Stop the Islamization of America, I describe and warn of the Islamization of the curriculum and the school room. The book was a primer on how to fight the encroaching Islamic supremacism and sharia. The past few days, I have published news stories here and here of parent protest to Islamic dawah in the classroom.

I have been fielding calls from distraught parents all week — two moms today — reeling from the proselytizing for Islam in their children’s “Social Studies” or “World History” classes. They are not teaching the children “world history,” which would include the 1,400 year history of jihadi wars, land appropriations, cultural annihilations, and enslavements, not to mention the extermination of the entire Jewish Banu Qurayza tribe of Arabia.

Instead, children are forced to recite the shahada (it’s what one says in order to convert to Islam). Instead, they are forced to learn the five pillars of Islam.

Department of Education, Pearson, the Gates Foundation, publishing companies, and the testing companies have been hijacked by Islamic supremacists and have hijacked our public school curriculums and textbooks (i.e., Common Core).

Jesus was mentioned once as a Jewish prophet in the first chapter and the second chapter briefly discussed the division within the Christian Church.  Chapter three is dedicated completely to Islam and the story of Muhammad, with multiple quotes from the Qur’an throughout the chapter. The book even goes on to say that “. . .Muhammad revealed the purest version of God’s truth” and that Muhammad is the final prophet of God’s truth with the most complete version of that truth.

This is a violation of the establishment clause, and maybe a mass class action suit should be filed. This is something we are looking at.

One mom whom I spoke to earlier told me that her 12-year-old son came home from school yesterday “depressed” and “sick.” Coming from a “good Christian home,” he was confused and “hurt” that he had to write and say the Muslim declaration of faith (the shahada) and write it repeatedly. The mother was beside herself.

When Muslims force Christians to convert, they are forced to say the shahada (the Muslim declaration of faith). The Arabic writing on the black flag of jihad (also known as the al Qaeda flag or ISIS flag) is the shahada. This chant of supremacism and imperialism is being forced on American school kids. 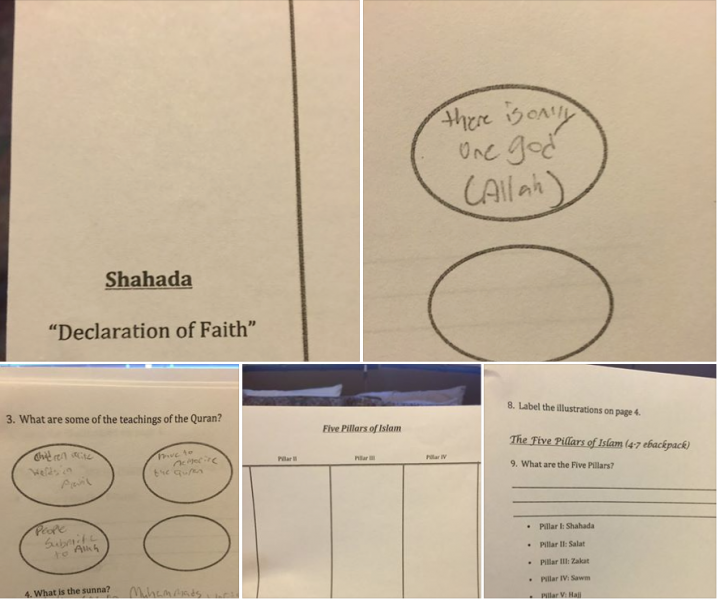 Another mom told me that one of her son’s friends who was raised as an atheist said that, after these lessons, she began to think differently. So now the schools are converting children to Islam. 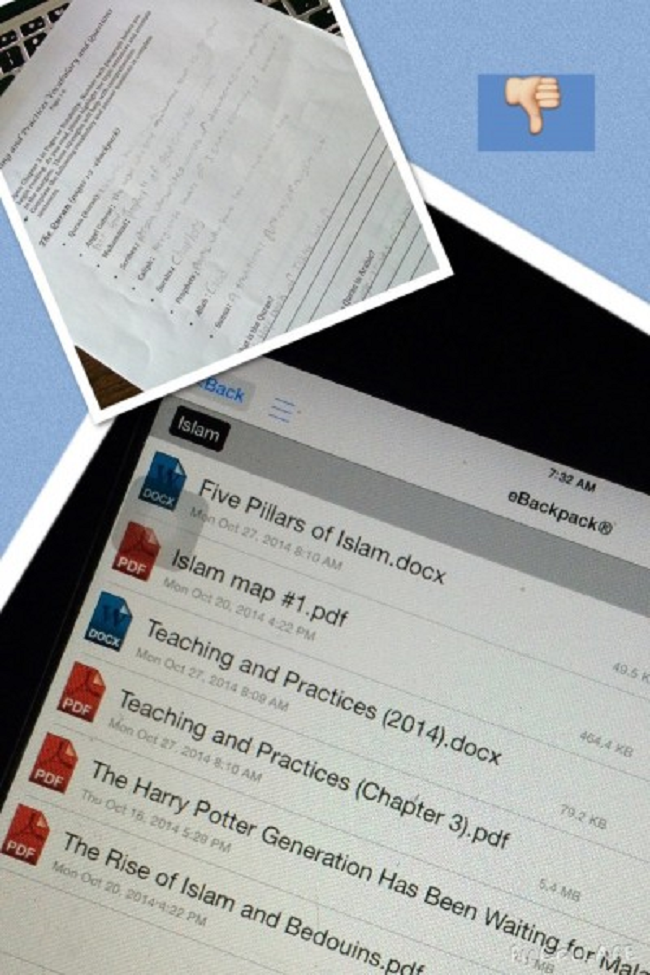 One parent on Facebook wrote, “Parents be concerned and check your child’s assignments. My son came to me last night to get help with his Social Sciences assignment about the one God (Allah) and the Five Pillars of Islam. As you can imagine, we were completely shocked. Now to clarify, I have no problem with my child learning about the various cultures around the world and the religions they practice, but for a school to emphasize and actually teach a single religion to children while discouraging the others is beyond deplorable. If you are worried that your child may be forced to endure these teaching please see the ACLU website. By law children are allowed to be excused from any lessons or discussions they object to on religious grounds without consequence. We will be opting out of this one.

The ACLU ain’t going to help you, lady. They are part of the problem.

EXCLUSIVE: Here is what happened to one family. The mother writes: 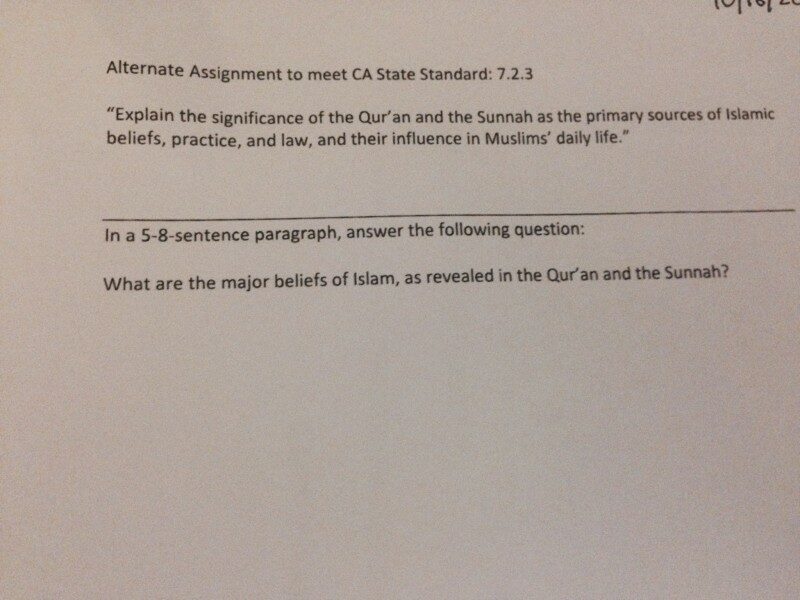 I want to share my story with you and I hope that I can be a shining light of hope.

About a month ago my daughter asked for my help with her homework.  She is in 7th grade and usually does not ask me for help. She gave me her vocabulary words for Social Studies and simply asked me to type it for her. I started typing the first few words, and then I came to Qur’an, Mosque, Alms, Caliph, Jihad, Sunnis, Shiites. I instantly became alarmed and asked to see her Social Studies book. My husband and I spent the next 3 hours reading through her book and I have to tell you that my life changed on that day.

I kept my daughter home from school for the next two days and met with the principal. I attended my daughter’s class when she went back to school. Her assignments continued; draw detailed pictures of the 5 pillars of Islam and write a word collage of all that is good with Islam. We met with the teacher and principal together and questioned the curriculum.

We received the party line responses of “state standards” and “Common Core” for every question we had.  I was concerned with the nature of the material that was being taught in the classroom, and whether it was being presented in a truthful manner and that all aspects were told.  This was not happening.  Simply from viewing the Table of Contents one can see that Islam is the dominant religious focus throughout the book.  I was amazed upon further review of the book how they were able to slip Muslims into China, and how Spain is only referred to as Muslim Spain.  The chapter on West African Civilization contains The Growth of Islam in West Africa.  The teacher explained to me that they had discussed Christianity in the first two chapters, but when I reviewed them personally, I found that Jesus was mentioned once as a Jewish prophet in the first chapter and the second chapter briefly discussed the division within the Christian Church.  Chapter three is dedicated completely to Islam and the story of Muhammad, with multiple quotes from the Qur’an throughout the chapter. The book even goes on to say that “. . .Muhammad revealed the purest version of God’s truth” and that Muhammad is the final prophet of God’s truth with the most complete version of that truth.

As I mentioned, my life changed that day. That was October 6, 2014. I began writing letters to the ACLU, all of my state and US legislators, journalists, anyone who would listen to me. I contacted our school board and I started daily postings on Facebook about what was happening. Through Facebook I connected with a local parent who in turn connected me to a Trustee on our School Board. I met with that Trustee last night. He is appointing me to our Material Review Committee for our school district which oversees 50,000 students. He is also putting the book in question, Prentice Hall’s Medieval and Early Modern Times published by Pearson Publishing, on the agenda to be reviewed.

Through my daily research I came to the Center for Public Education’s website at www.centerforpubliceducation.com and found the following statement:

The Constitution uses 16 words—known as the “religion clauses”—to create rules about how faith and government interact. One clause gives citizens the right to freely exercise religious convictions; the other prohibits government (including taxpayer-funded public schools) from establishing religion, meaning granting favorable treatment.

I believe that the book in my daughter’s classroom is in direct violation to this clause as described above, and thus violates our First Amendment rights.  This is the argument that I have presented to the ACLU, however, I have not had a response from them to date.

The book in question was adopted to our district in 2007, they only keep books for about 7 years so the timing will be perfect to have it removed. I am now on the Material Review Committee and will have a direct influence on the next book that is chosen to replace it.

Beyond having this book removed from my children’s school district I hope to have this book removed from the California Department of Education’s list of approved materials. I will then seek to remove any other books of this bias nature from our school system in California and across the nation.  By bias I specifically mean that this book provides favorable treatment to the Islamic faith and does not provide the same treatment to Christianity or Judaism.

Over the last few weeks I have learned that this is a national issue of indoctrination of our children and I want to be able to shed light on this issue nationally and locally. We need to;

I am just one parent in one school district in America, but if we each begin to stand up in our communities and take action to be the agents of change we will be able to make a collective difference in our country.

I am in the process of developing a web page at www.parentsunitedforamerica.com, and I have created a Facebook page under Parents United For America.  I am hoping that we can connect and work towards the change we wish to see.  Please join me, and together we will be the shining hope of light that America needs to restore our values and our beliefs in our education system. 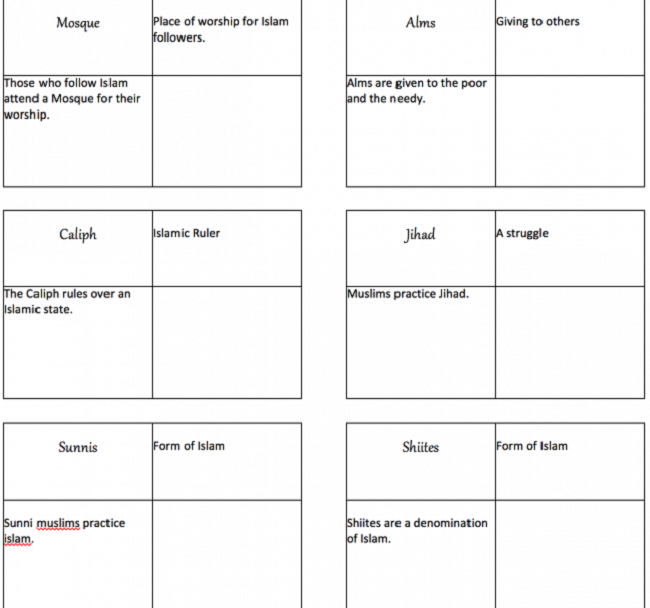 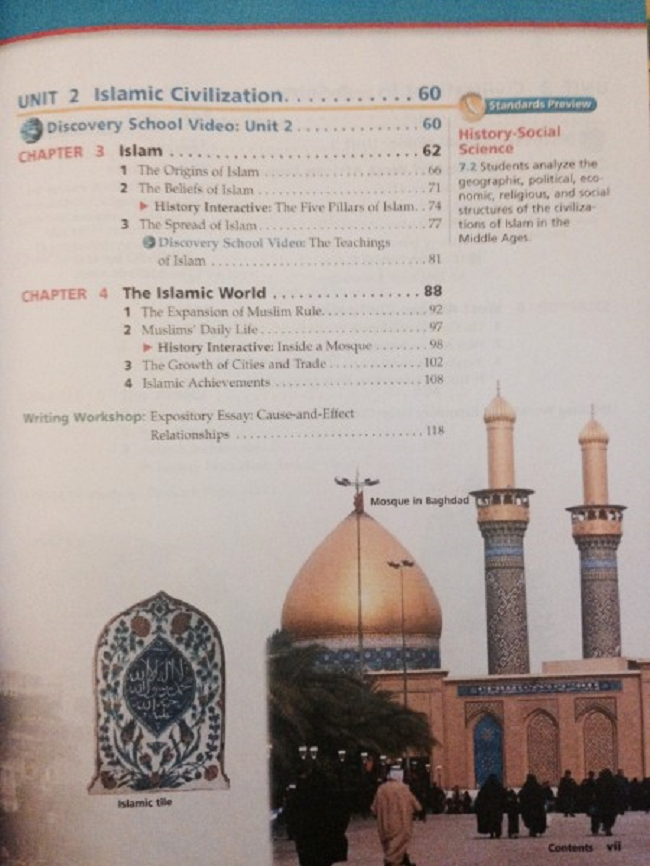 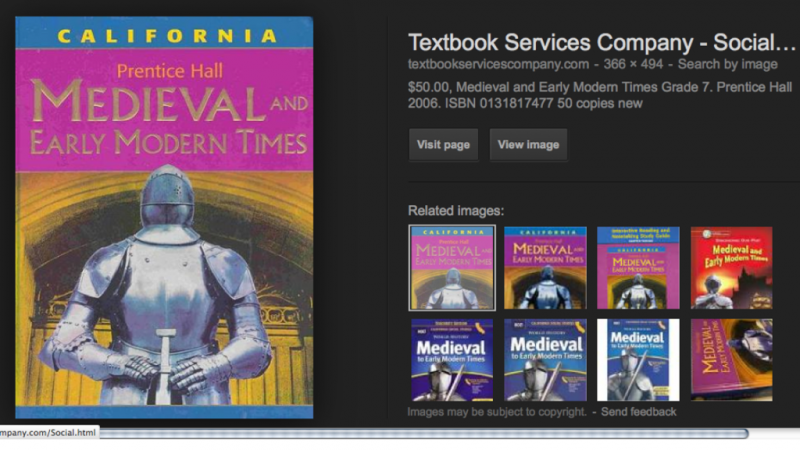 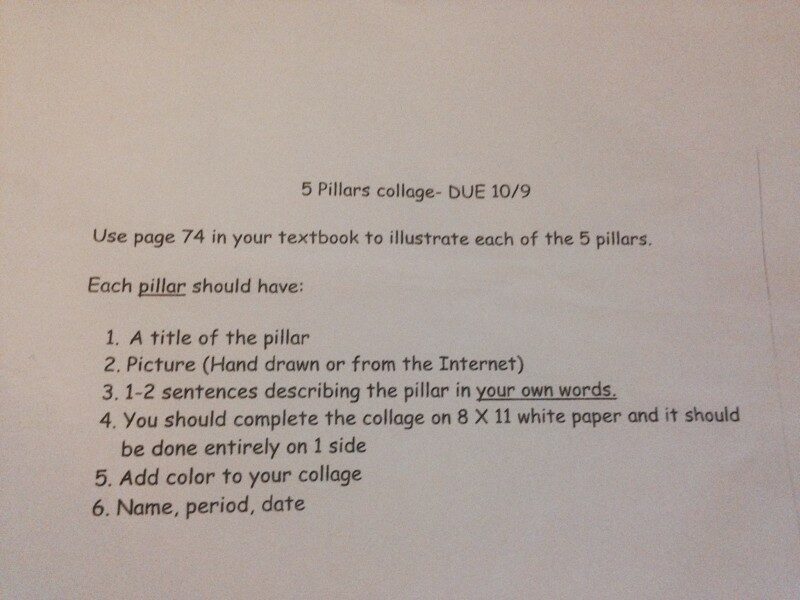 How Did We “Fundamentally Change” So Fast?