Before there was Benghazi, there was Extortion 17, which was the Chinook helicopter that was shot down by the Taliban. All 38 people aboard, including 17 Navy SEALs and seven Afghan National Army commandos, were killed. Among the dead was Navy SEAL Aaron Vaughn. Tomorrow, August 6 will mark the two year anniversary of Extortion 17 being shot down. In an exclusive interview with Freedom Outpost, Aaron’s father, Billy Vaughn told us what he knows and about his new book due out this month, Betrayed: Exposing the High Cost of the War on Terror, and the corruption and incompetence behind what took place that led to his son’s and others deaths.

Mr. Vaughn told me that he and his wife have dropped out of the lawsuit that we reported on back in May when the story about the Muslim cleric in Afghanistan prayed and condemned six Navy SEAL team members to Hell, saying that the lawsuit was “too broad” and was not in their best interests.

However, Vaughn did say that they were very much involved in the investigation that has been announced by Congressman Jason Chaffetz (R-UT) recently, following a visit that he and his wife took to Washington, D.C to meet with Chaffetz and Congressman Darrell Issa (R-CA) a little over a month and a half ago.

When asked about the objective of their involvement with Congress, Vaughn said that “it’s going to be a pretty high goal, but Vice President Joe Biden committed a breach of national security when he outed the SEALS. We want to see him held accountable and if need be, we want to see him punished.” 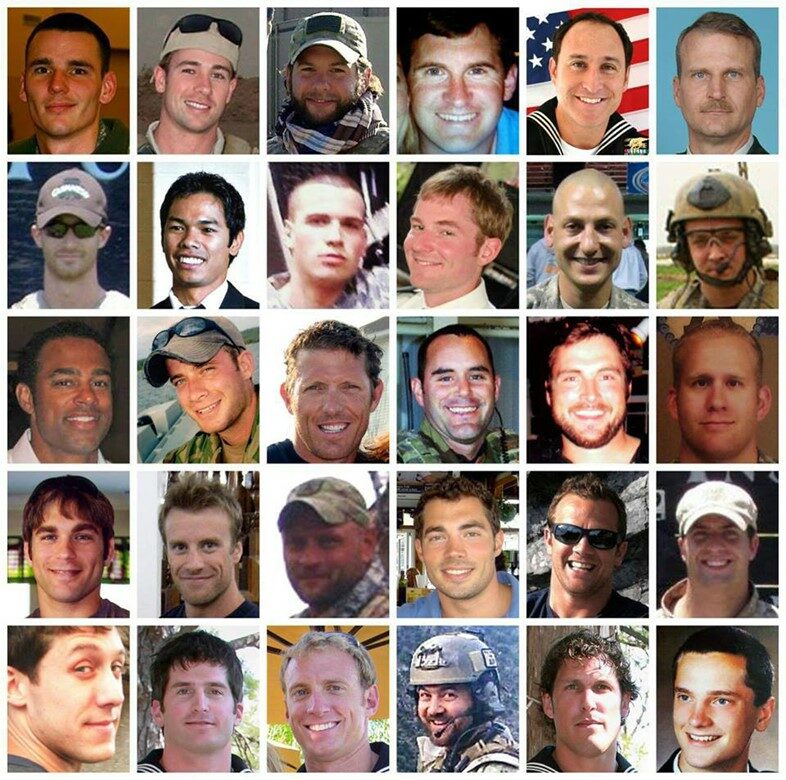 Vaughn also said that in addition to Biden being held accountable, he wants to see former Defense Secretary Leon Panetta held accountable for his national security breach, when he outed the Navy SEALS back on June 24, 2011.

“And then,” he continued, “we have a lot of questions that need answers.” Among those questions they want answers to is the identity of the seven Afghans who were onboard. Vaughn said that the names on the manifest were not the names of those who were actually aboard.

Mr. Vaughn said that it would be necessary information to know why these Afghans were swapped. In his conversations with others in the military and on the investigative team, they had not been made aware of the changes. 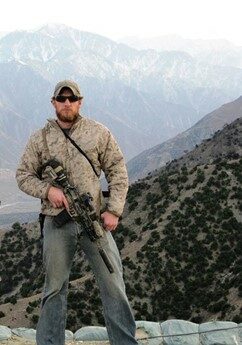 The Vaughns also want to know why the rules of engagement continue to keep America’s troops from engaging like they did the night his son’s helicopter was shot down.

“When the chopper went in…. a declared ‘hot area’…three and a half hour firefight had already been going on” Vaughn said. “No pre-assault fire was laid down by the air weapons team in the air because of the rules of engagement. Their quote, their testimony was ‘It’s almost impossible to get cleared for pre-assault fire.'”

“So this chopper went into that ‘hot zone’ just like it was landing at a Wal-Mart parking lot,” Vaughn added.

Mr. Vaughn then told me the chilling words that we don’t even want to think about when he said, “We suspect that the mission was compromised.”

What evidence is to that effect? According to Vaughn, there is written testimony that says that the “Afghans were moving toward the landing area, the insertion area, for the SEALs, before the SEALs ever got there.” This indicates they were aware of what was going on and also indicates that Extortion 17 did not have a secretive approach.

Vaughn said that his son’s team as well as others have to work with a group called the OCG (Operational Coordination Group), which is made up of Afghanis, who are involved in all the intelligence that the Special Ops do and are involved in the planning and even carrying out of missions. The frightening thing about working with the OCG is that Vaughn says “they are not properly vetted.”

The military has confirmed that Pakistanis have infiltrated the OCG, which obviously result in compromised and deadly situation for America’s soldiers to be operating under. I’ll add that it also reflects on the commander-in-chief to be using foreigners in assisting our Special Ops forces, which gives them information on how we operate and also makes them vulnerable to lethal attacks.

“This OCG group actually has the authority to squash a mission that our military needs to have performed, if they want to,” Vaughn said. “So in theory, we’ve placed our men under the authority of the government of the Islamic Republic of Afghanistan. It’s treacherous and it’s treasonous for our government and this administration to allow this to go on.”

Vaughn went on to elaborate on the particular mission the night that Extortion 17 was shot down. “The night that Aaron was killed, those men were flying with general purposes aviation. Both, general purposes and special operations, I believe, are equally important to our national security, but they have different duties and at that time they were being placed together, to fight together, for the first time in the Afghan theater.”

There was no training outside the theater before they got there and all at once they were brought into the battle together and it ends with both groups, general purpose group and special operations, getting killed. 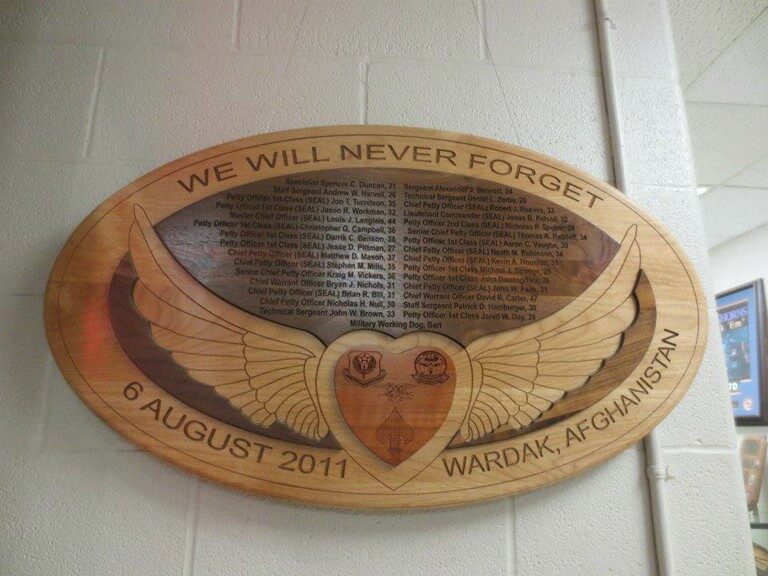 Plaque remembering the fallen of Extortion 17

Mr. Vaughn went on to say that the general purpose operations don’t even use the same equipment as Special Forces. The do not use “assault-style” equipment and Vaughn said that the helicopter they were using was just one example of that.

Vaughn communicated some personal thoughts about others he would like to see held accountable, but I agreed not to print those in the article, due to the steps that need to be taken to achieve the goals already set forward.

He did point out just how our military is being demoralized in Afghanistan. Citing Special Operations numbers in Afghanistan, Vaughn told Freedom Outpost that in 2009 we were conducting 56 special operations missions per month. By 2010, the number of special operations being conducted jumped to more than triple to 186 mission per month. From August 2010 until July 2011, a month before Extortion 17 was shot down, the average of Special Forces missions being conducted in Afghanistan skyrocketed to an average of 335 mission! 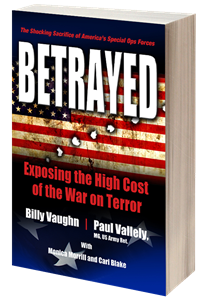 The Book that seeks to uncover what was behind the scenes of Extortion 17. Available mid-August 2013 – Betrayed: Exposing the High Cost of the War on Terror

The Vaughns long-range goal is not only to find out exactly what occurred around their son’s death, but also to get what Vaughn calls “ridiculous, if not criminal” rules of engagement changed to be more in favor of our warriors and less in favor of the enemy that they are trying to neutralize.

Billy Vaughn and his wife Karen began finding out disturbing information about the crash and what was going on by October 2011. By the end of that month they were already reaching out to Congressmen to help get to the bottom of what happened with Extortion 17. At that time, most of the Congressmen didn’t respond to him. However, he did tell me that he received a response from former congressmen Allen West, Tom Rooney (R-FL) and Stephen Fincher (R-TN). Since that time, they have had communications with various congressmen.

Vaughn eventually spoke with retired Army Major General Paul Vallely about what he was uncovering and they teamed together to produce a book that will be out this month titled Betrayed: Exposing the High Cost of the War on Terror with a foreword written by Lt. General Jerry Boykin. If you would like to order the book, go to SpecialOpsBetrayed.com.