Extortion 17 Parent Sets the Record Straight: “The Truth and Facts are Damning Enough”

Gold Star mother Karen Vaughn was outraged on Monday when she took to Facebook to set the record straight regarding the reasons that she and her husband, Billy, continue to pursue the truth regarding the downing of Extortion 17, which took the life of their son Aaron and 30 other Americans, including 17 Navy SEALS.

Vaughn was responding to the following photo, which is not a picture of Extortion 17. 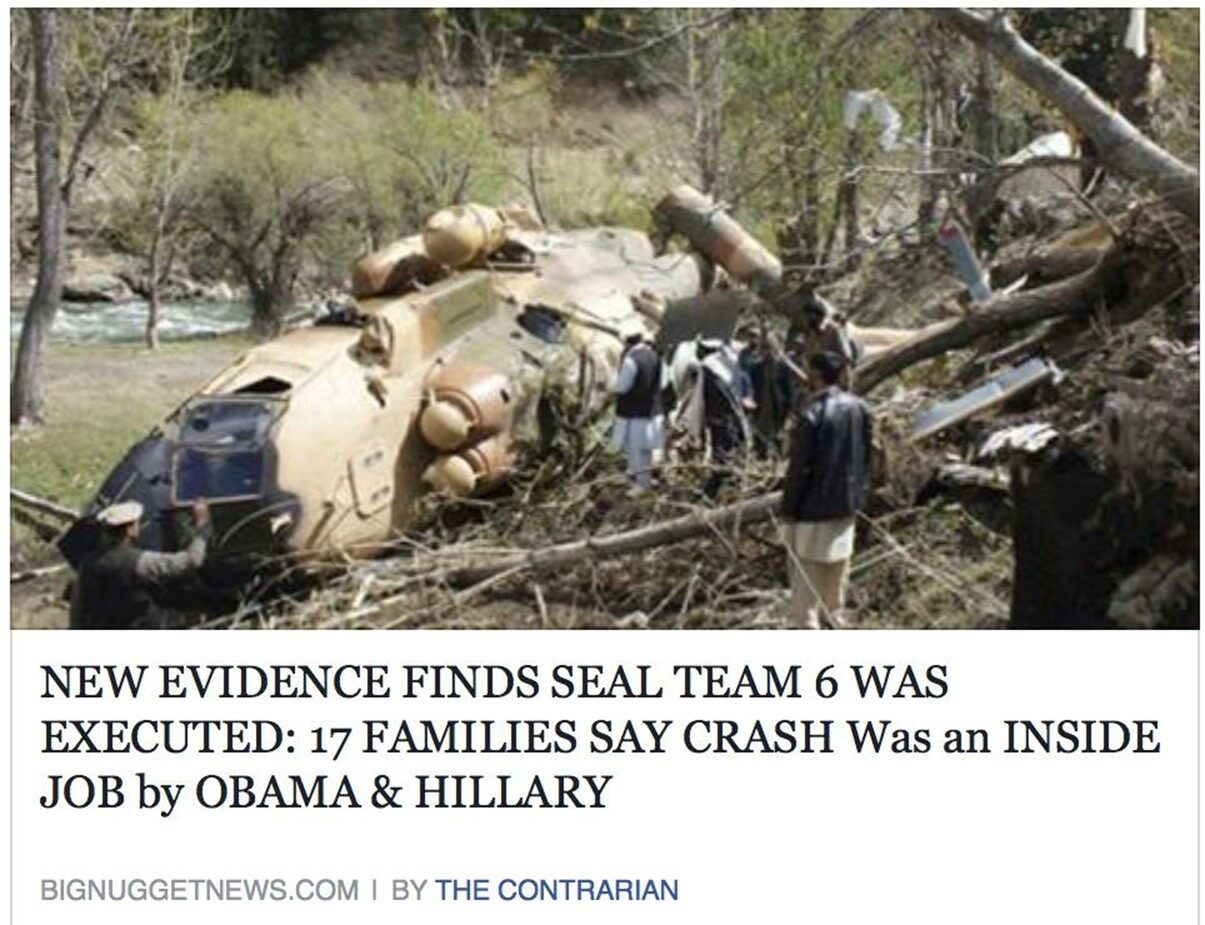 “I strongly dislike/hate this headline,” Vaughn wrote. “It’s very inaccurate from our perspective and I’m afraid it weakens our serious concerns and undermines our efforts for real change. There has never been a need for conspiracy theory. The truth and facts are damning enough.”

She then went on to explain what they have actually put forward regarding Extortion 17, primarily focusing on the rules of engagement.

“What we’ve actually said is this: The Rules of Engagement, forced upon our fighters by this administration, have EVERYTHING to do with the deaths of these 30 Americans and MANY, MANY more,” Vaughn told her Facebook followers. “We also know that our CIC made a deal with the Karzai government to allow the Afghans access to all facets of SpecOps. In turn, our Rangers were ambushed that night. We also speculate that the Afghans had knowledge of the landing zone for the QRF (the SEALs) since those that escaped the Rangers ‘bounded’ toward the would-be landing zone, gathering forces all along their route.”

“We have NEVER said it was an inside job by Obama and certainly never tied Hillary to it,” she added. “I wish this article would go away. I feel like it makes us look ridiculous and bolsters the voices of those who want to silence us.”

She also added that the family had let attorney Larry Klayman go early on.

“We DUMPED Larry Klayman early on,” she wrote. “We knew nothing about him but appreciated someone pursuing us to offer help. It didn’t take long to realize our goals were not the same as his. I do not wish to be associated with him in ANY way.”

Klayman aided several families when it was learned that some of America’s servicemen were condemned to hell by an Islamic imam following the downing of the flight.

Vaughn called the title of the piece she was addressing “insulting,” and added, “That is NOT the chopper our son died in. And it sickens me to see this image of Afghans rummaging around a crash site since we all know just how savagely some have treated American bodies.”

There continues to be many questions regarding the shoot-down of Extortion 17. Pick up Billy Vaugn’s book Betrayed: The Shocking True Story of Extortion 17 as told by a Navy SEAL’s Father and Don Brown’s book Call Sign Extortion 17: The Shoot-Down of SEAL Team Six
to ascertain what the Vaughns are really pushing for in the investigation and what the actual record shows regarding Extortion 17.

In addition, be sure to read the following articles if you missed them.

THIS EVIDENCE ALONE POINTS TO A COVER UP OF EXTORTION 17

WERE THE UNIDENTIFIED AFGHANS ON BOARD EXTORTION 17 PART OF A GREEN ON BLUE ATTACK?

US ADMIRAL’S AIDE: SEVEN UNIDENTIFIED AFGHANS ON BOARD EXTORTION 17 “IS A VERY BIG DEAL”

EXTORTION 17 IS A BIGGER SCANDAL AND BETRAYAL THAN BENGHAZI

Member Of Congress Warns Of A 1,000 Point Stock Market Crash If Obamacare Lite Does Not Pass

Member Of Congress Warns Of A 1,000 Point Stock Market Crash If Obamacare Lite Does Not Pass