“In a time of universal deceit, telling the truth is a revolutionary act.” –George Orwell

On Friday, I was banned for a second time in two months from being able to post on Facebook.  I know, some people simply won’t go there and that is your choice, but I consider it a public square today and I’m not going quietly from it until it bites the dust just like MySpace and other sites did.  Yet, the Marxists at Facebook continue to advance a political agenda against those that they oppose when it comes to free speech.  Paul Joseph Watson points out the latest purge following Alex Jones, which includes Watson, Laura Loomer and a few others.

What’s amazing is that Facebook seems to be getting away with their libel against Jones, Watson and Loomer, calling them “dangerous.”  In fact, it’s gotten so bad that if you even post anything from Infowars, you could be banned.

As always, the clever Paul Joseph Watson makes the point about exactly going on here and it is only going to get worse unless these fascists are stopped in their tracks.

Facebook’s agenda is clear for those with eyes to see.  While they ban people who simply provide truth and commentary, they allow Communists who post “Kill capitalists” to remain, or Hamas, CAIR, and other Islamic jihad groups.  Christianity is allowed to be mocked and berated, but don’t you dare post anything like this or you will face a ban from Facebook. 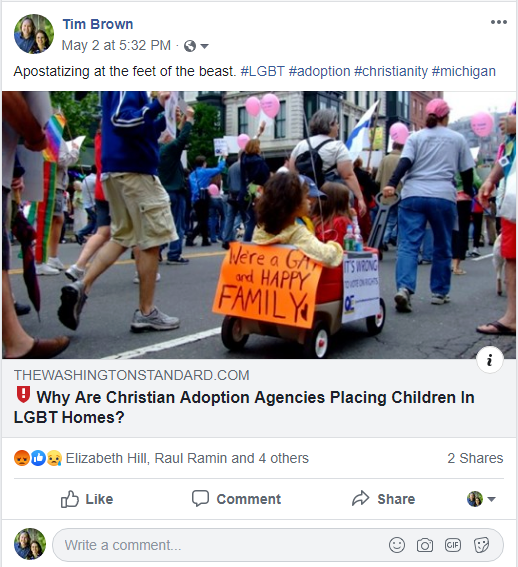 No doubt, a sodomite was upset that I would challenge professed Christians for their slide into apostasy, submitting to the beast of government on behalf of the enemies of God.

While my ban was overturned early, many don’t see those kinds of results.  However, at this point, I’ve decided to have my attorneys look into these past two bans, since Facebook has admitted in both situations that I should never have been banned in the first place, meaning that they took action, claimed it was valid, doubled down on it under review and finally gave me back rights to post on my account.

Once again, two months in a row, Facebook banned me, claimed I was somehow violating their Community Standards, then…