FERPA Gets Blasted For Disclosure Of Personal Student Info

NEW YORK (CBSNewYork/AP) –” A new national database that compiles personal student information for educational companies that contract with public schools is being blasted by privacy experts.

What allowed this incident to happen? What exactly is in the records that were released? What authority was given to the schools or the state or federal departments of education to release this information to big business? This is only the beginning.

The
Rape of Your Personal Records. It’s more than, ‘What grade did you get in Algebra?’ Or ‘Government tapping personal phone records & emails.’ It’s All about You.

Government has been listening to your conversations & scanning your emails. But, do they know how you think? Does the government know your predispositions of how you will act in the future or your thoughts?
Let’s take a step by step process so you can easily understand what is at stake & how your neighborhood school is involved in collecting data about your family. Let’s define psychological.

“Scientific discipline that studies mental processes and behaviour in humans and other animals. Literally meaning “the study of the mind,” psychology focuses on both individual and group behaviour. Clinical psychology is concerned with the diagnosis and treatment of mental disorders. Other specialized fields of psychology include child psychology, educational psychology, sports psychology, social psychology, and comparative psychology. The issues studied by psychologists cover a wide spectrum, including learning, cognition, intelligence, motivation, emotion, perception, personality, and the extent to which individual differences are shaped by genetics or environment. The methods used in psychological research include observation, interviews, psychological testing, laboratory experimentation, and statistical analysis.”

So, if I told you the schools are doing psychological work-ups on children to change their personality & study their genetic make-up to change how they think or act, would you be upset? Would you be upset if I told you about a data base that collects this information & gives it to big business? Let’s talk more about the process.

FERPA, Family Education Rights & Privacy Act, was unlocked & allows data to be gathered on your children & dispersed for research. The floodgates open up a trove of priceless personal data of not only what your child thinks, but what you as a parent think, too. Once psychological mapping is done of what your child thinks, the record will show what their parents taught them to think & believe. Psychological data is being collected in school records. Obama authorizes FERPA to Disclose & Distribute Personally Identifiable Information on Families & Students
Without Congressional Authority. FERPA was amended & new regulations went into effect January 3, 2012, Family Education Rights & Privacy Act 34 CFR Part 99. These new regulations were written & put in place allowing access to all Personally Identifiable Information, PII, which means all records on students & families can be accessed by any organization to do research, experimentation & evaluations without your permission. But why? Why must every child be accessed in America & why is this dangerous?

“Every child in America entering school at the age of five is insane because he comes to school with certain allegiances to our founding fathers, toward our elected officials, toward his parents, toward a belief in a supernatural being, and toward the sovereignty of this nation as a separate entity. It’s up to you as teachers to make all these sick children well – by creating the international child of the future.” Dr. Chester M. Pierce, Psychiatrist, address to the Childhood International Education Seminar, 1973

Using Clintons take on, ‘It’s the economy, stupid!’ My comment is, “It’s about Mental Health, Stupid!”

The ‘Race to the Top’ models explicitly state that “authentic affective engagement” must be used for interpersonal & higher order thinking skills to be developed. What does this mean? Affective means attitudes & values. Interpersonal means your child’s personality & how he/she reacts to the world around them. Higher order thinking skills are value judgments, opinions, or decision making. This is the new term coined for brainwashing. Wipe the slate clean from what you have been taught by your parents, your grandparents, your minister, and your elected officials. Learn new ways of thinking about your country, your God, your family. Your child is being primed as a global citizen that moves & thinks like a drone, together & in cooperation with each other.

So, what type of information is in those records? ‘Race To the Top’ programs & all software contractors & testing contractors can now easily move forward to create individualized education modules, testing, & curriculum referred to as “learning genomes.” Remember, the Common Core-College & Career Ready Standards are being approved in over 46 states. Federal funding, ESEA, Title I flexibility waivers, are being approved in almost all of the states bypassing No Child Left Behind. With federal money comes federal accountability.

The Next Generation Learning Innovation Labs contracted through CCSSO (Chief State School Officers) & the Stupski Foundation (which ceased operations in July 2012) were guinea pig models for these individualized programs where the money will eventually follow the child with the proposed changes in the federal Reauthorization of (ESEA), Elementary & Secondary Education Act, & IDEA, (Special Ed), Individuals with Disabilities Education Act, regulations. The agenda will move forward by-passing local & state representative 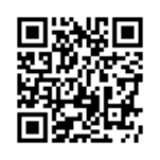 government when federal money directly goes to the child.

Why is this concept important? Because, in order to move toward global citizenship, the government must be able to access the individual. FERPA had to be expanded to allow access to individual records & to be able to start at a young age. What better place to start than in school & pre-school. Compulsory attendance makes it so. This is a “sea of change.” This is your country that is being taken over by rogue socialists who want to control people & this country entirely.

Of course we have seen this before in OBE & other named agendas. This time it is different. Never has the federal government been allowed to access the individual. Obamacare made this possible. Thank you, Justice Roberts. Spoon feed the masses a little at a time. Research & scheme for years. Redefine terms. Start with a pilot, a model in a few states. Model states in the Stupski experiments were Kentucky, Maine, New York, Ohio, West Virginia, Wisconsin, & New Hampshire. The Obama model eliminates the Carnegie Unit, (ABCD& failure); eliminate grade bands, like sophomore, junior, senior, etc; & expand the time it takes to meet outcomes, there is no time limit. The new parameters expand the grouping from P-20…pre-natal to 20 years old. Preparations are being planned for college students also with a new degree program that older students must go through to graduate called the Degree Qualification Profile. Each child will have an individualized education plan to meet outcomes with pre-planned curriculum in individualized modules. This can only be done with technology to monitor progress and the computer for data trafficking. The new concept is called, “the world to one.” The Obama administration is covering all bases.

To prepare for the global workforce, we must first assess the student through testing, now called assessment. The definition of assessment is the value or worth of something or someone. Hence you have the definition of ‘human capital,” the worth of a person. The idea of the learning genome is primarily taking each child, their learning style, biographical data, medical records, & all student information for knowledge integration, to plan a precise & customized IEP, individualized student educational plan with pre & post testing & an assessment data library that will be pre-planned. Pre-planned means that the government has established what type of citizen is needed for global citizenship. No freedom loving Americans allowed. Performance assessments will be used & will be imbedded in the curriculum. This customized model ensures compliance to Common Core-College & Career Ready Standards. The technique used is mastery learning or Skinner’s operant conditioning modules to meet dumbed down world-class knowledge & drone skills for a global workforce. Mastery Learning uses operant conditioning which produces functional literates, much like Pavlov’s salivating dogs, & Skinner’s high achieving pigeons, which matches the child to their job potential or worth of creating monetary value for government. The implied intent is the “world to one” or each worker bee will be given a precise plan as his or her worth in the new global workforce.

How will children be remediated? In West Virginia, a Race to the Top model, the use of IDEA (Special Ed) funds allow Support for Personalized Learning or SPL. “This includes Positive Behavior Interventions and Supports (PBIS). Improving student academic and behavior outcomes is about ensuring all students have access to the most effective and accurately implemented instructional and behavioral practices and interventions possible. PBIS provides an operational framework for achieving these outcomes. More importantly, PBIS is not a curriculum, intervention, or practice, but is a decision-making framework that guides selection, integration and implementation of the best evidence-based academic and behavioral practices for improving important academic and behavior outcomes for all students.” West Virginia is on the path to “cookie cutter kids.”

With the loosening of data sharing possibilities, our children’s lives will be totally exposed, our privacy will be stripped, & the access to our children in the classrooms to be forced to conform to extreme leftist agendas through technology, will be “fait accompli.” It will be very difficult for a parent to grasp what is being taught in the classroom & there are no protections to shield your child from the aggressive model to change their attitudes & behavior toward this global communion.

The massive student & family privacy risks and the agency’s lack of legal authority to make changes to the privacy law without explicit Congressional intent has broad & damaging implications for the individual. Personal information now can be shared with any organization with a written agreement in any educational program from birth thru adult. In other words, Obama had the regulations amended & opened the flood-gates of data sharing on our children & our families. There are no federal protections for you & your family whatsoever.

While Obama Snoozes, Russia Is Preparing For Nuclear War With The United States

While Obama Snoozes, Russia Is Preparing For Nuclear War With The United States