The public outcry for information on the Las Vegas shooting that took place on October 1, 2017 has been overwhelming and in large part, the locals conducting the investigation have remained largely silent, but last week in a district courtroom, it became apparent that people were not just going to sit by and allow information to be sat on without pressing for it.

Sheriff Joe Lombardo called a press conference on Friday to say that while it was not standard practice to issue such a report, he said that given the circumstances and the impact on the nation, he was releasing the 81-page report that included 28 pictures of Paddock’s room and several other shots outside the room and at various points where bullets struck in Vegas.

“As you can imagine this is a complex, protracted investigation and we have done a lot of work trying to piece together what happened,” Lombardo said during the press conference. “It is my hope this report will provide the media and the public an understanding of what occurred on 1 October.”

According to the report, investigators investigated “1,965 investigated leads, 21,560 hours of video, 251,099 images obtained and 746 legal notices filed or sent, nothing was found to indicate motive on the part of Paddock or that he acted with anyone else.”

The report also said that Paddock didn’t leave a suicide note or reason for his aggression and it indicated that investigators found no evidence to support that he had become an Islamic jihadi, though the Islamic State has said on at least three occasions that is exactly what he was.

His girlfriend, Marilou Danley, who apparently is still a suspect in the case, claimed that they had not been intimate for a while and that his demeanor had changed over the course of the past year, which is in keeping with what the Islamic State had claimed that he had been a recent convert of six months to Islam.

Danley also said that she believed a recent acquiring of 55 firearms between October 2016 and September 2017 was just a hobby.

We also know from the press conference that Danley was in the room with Paddock prior to the attack, but was not there during the attack.

Yet, contrary to what we were told last week, Lombardo does not believe Danely will be charged.

The report also indicates that Paddock did not appear to be having any mental health issues either, but had lost quite a bit of his wealth leading up to the attack.

Other items such as weapons, computers, cameras, and other things that were in his room are listed in the report.

Now, we were told last week by the attorney for the Las Vegas Metro Police Department that quite a bit of information would be released to the public, including video of Paddock at the Mandalay Bay, but that might take about 60 days.

Sheriff Lombardo is saying that a final report on the shooting may well take over a year since the shooting and be released by the end of 2018.

Several of the photographs show where Paddock apparently struck a fuel container at the airport, something we reported on last year.

Additionally, there is a photo from the window that was broken, showing the unobstructed vantage point that he had over the people that he shot.

The photo of the food cart with laptop connected to cameras, as well as his vehicle and several explosives and exploding targets were also photographed.

Photos of weapons on beds were also in the report, but it is difficult to see any spent shell casings on the floor from the angle of the photographs.

A small workstation with a drill and other items is also photographed.

It also appears that the shooter used a small sledgehammer to break the glass and that was photographed lying in the middle of shell casings and broken glass.

One of the more interesting things is the connecting door picture.  A question that has long been asked is, who locked the other door to the other room?

Several photographs show damage to the door that was breached by the police, as well as a shot of the debris created from that breach.  In a couple of the photos, the shooter is seen on the floor, his face covered in blood.

The obvious question is, why did Sheriff Lombardo bar reporters to his press conference when they simply went to Campos’ house after he canceled national television interviews and went missing?  Why didn’t he just tell everyone he went to see his father?

The findings of the autopsy report were also included and at least one investigative reporter is asking about discrepancies in the findings and previous documentation regarding Paddock’s height and eye color. 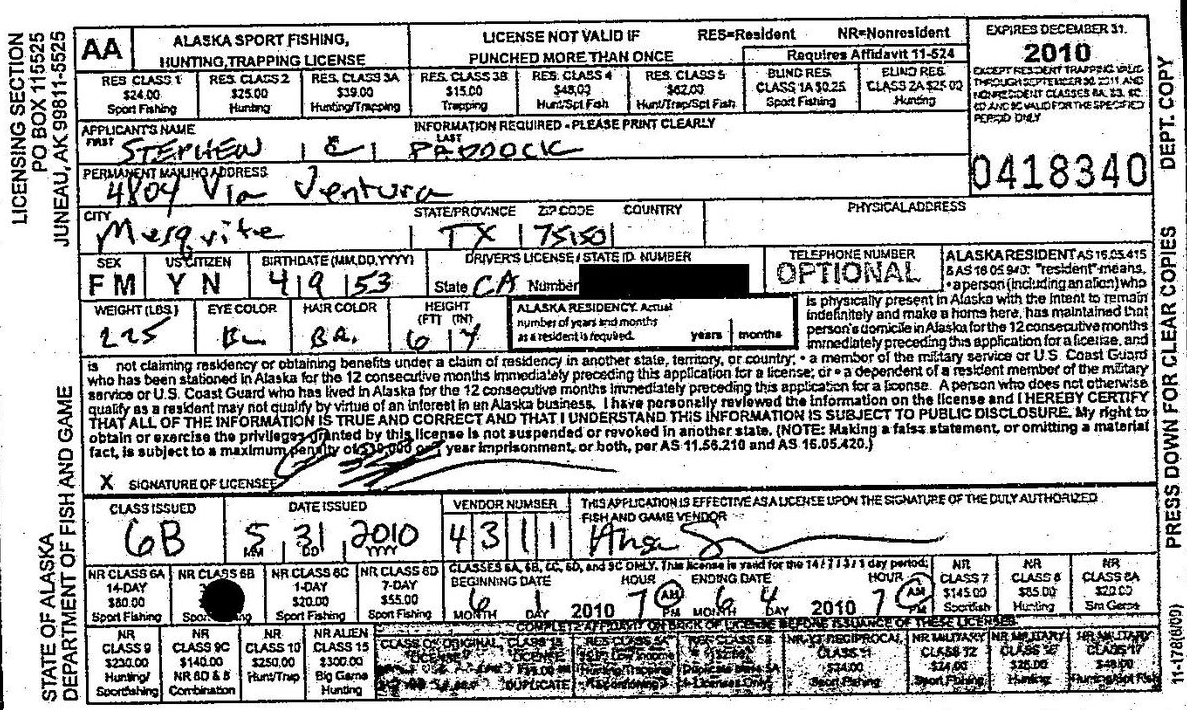 Additionally, the eye color listed on the official state document says Paddock’s eyes were “BL” (blue), while the autopsy report says the decedent’s eyes are “brown.” Again, the document is based on Paddock’s California driver’s license.

One would think the guy would know his own eye color.  However, the height could have simply been determined by Paddock himself, but that’s a big difference between 6′ 1″ and 6′ 4″.

Now that the body has been cremated, we’ll not get a second opinion on the matter.

Finally, the timeline, which has changed several times, continues to be “indefinite,” according to the report.

In any case, many people still remain skeptical because we are nearly four months since the shooting and basically don’t know any more now from those investigating the shooting than we did in the first week.

Self-Reliance Strategies: Resources for Setting Up a Prepper’s Homestead Quickly and Inexpensively