There are rumblings that the passengers of Malaysian Flight 370 may be alive and incarcerated at Diego Garcia in the Indian Ocean. If this proves to be true, then a likely scenario is that this was a false flag pulled off by the U.S. Government.

Please keep in mind that there are those out there who create conspiracy theories and accompanying evidence as a hobby. With modern technology, it is getting easier and easier to do. This may or may not be one of those times.

The story is that missing Flight 370 passenger Philip Wood, an IBM employee and Texas native, was able to send a picture and message to an internet message board. Below is an excerpt from jimstonefreelance.com: 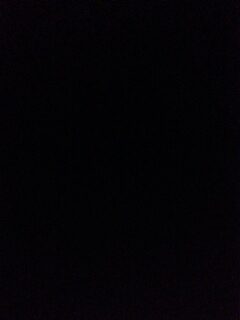 This image, which appears black was posted as taken in a dark cell by IBM engineer Philip Wood. SAVE IT TO YOUR DESKTOP. RIGHT CLICK IT. SELECT PROPERTIES. CLICK DETAILS, THAT REVEALS THE EXIF. Shills are saying I did not post the Exif. Shills pray for people to be stupid. NOTHING PROVES IT BETTER THAN THE ACTUAL IMAGE. THAT IS WHY I POSTED THE ACTUAL IMAGE. The picture is black because the cell was too dark, but a critical piece of information was embedded in the Exif data, the coordinates to Diego Garcia, where the picture was taken. And it’s real; this is NOT a hoax. The coordinates in the picture indicate that the photo was taken within 3 miles of what Google officially gives for Diego Garcia. It is NOT EXACTLY what comes up on Google. It is off a couple miles, so NO ONE GOOGLED THIS, thus helping to confirm its authenticity. I don’t know how big the island is, but if it has a runway, that certainly fits.

The picture posted with the following text: “I have been held hostage by unknown military personal after my flight was hijacked (blindfolded). I work for IBM and I have managed to hide my cellphone in my ass during the hijack. I have been separated from the rest of the passengers and I am in a cell. My name is Philip Wood. I think I have been drugged as well and cannot think clearly.”

ASTEROID IMPACT LEVEL UPDATE: SCAMMERS ARE SAYING THERE NEVER WAS A PHILIP WOOD WORKING FOR IBM. BUT HIS LINKEDIN DESTROYS THAT LIE AND CONFIRMS THE STORY:

UPDATE: If Philip Wood´s Linkedin is not embedded below exactly as stated HERE IS THE LINK.

The Exif is intact. Exif data gets embedded in every image by every camera and includes the circumstances under which the photo was taken. It can be viewed by saving the image to your desktop, and then right clicking it and selecting image properties. Hit the details tab. You can see that the image was taken on March 18 with an Iphone 5, with the ISO at 3200 and a shutter of 1/15. The coordinates are included in the exif data because the Iphone knows where it is, and the coordinates are for Diego Garcia. THE FIRST TIME A BLANK PHOTO SAID IT ALL.

Exif can’t be rewritten with common software, it can only be added to in fields such as image credits with some advanced applications. It can be erased as well but NOT CHANGED. Photos with the exif intact will hold up in court. If the Exif is hacked and this is not real, the CIA or a really good hacker did this, which I doubt, I’d say it’s probably real.

Another smoking gun is that the voice recognition software put the word personal instead of personnel. This is completely consistent with a blind software assisted dial out.

Surrounding this story is the fact that the man who managed to get this information to Farganne (forum member Glitch) was harassed and received many threatening voice mails over it, which is another piece of evidence pointing to this as being real. One thing is certain, once it’s posted here on this site the genie is OUT OF THE BOTTLE. I cannot stress how important it is that the GPS coordinates in the photo do not perfectly match what Google says and are not posted anywhere on the web, because it proves that the source of those coordinates did not come from google or Wikipedia, they really did come from the imaging device and it HAD TO be at Diego Garcia when it took the photo.

Could it be possible that our military and/or CIA was involved in a hijacking and false flag cover up?

I think we all know the answer to that.

That does not make this information automatically accurate, but it does make for a very interesting possibility.

I think it should be noted that there is also a Malaysian pilot who is claiming that the Flight 370 story is a cover up. Norman Byrd reports:

An Air Asia pilot has been suspended after posting on Facebook an accusation that the government of Malaysia was “hiding facts” about missing Malaysia Airlines Flight MH370. While many pilots were defending the character of the missing men, a senior pilot demanded that the Malaysian government stop making definitive statements without actually having physical confirmation that the Boeing 777 has crashed.

The Sydney Morning Herald reported March 27 that an Air Asia executive, Tony Fernandes, confirmed through a Twitter post that a senior first officer had been suspended after effectively accusing the Malaysia government of a cover-up.

“The supposed debris…isn’t even confirmed to be from the plane yet! Show us the proof and then tell us MH370 has crashed,” wrote the pilot on Facebook.

He went on: “Till then stop hiding the facts! It’s obvious even to a blind man that there are tons of info the government definitely knows and isn’t sharing yet!”

Fernandes noted that the pilot, whose name was not revealed, was suspended pending an investigation.

Below is a video that details the alleged Philip Wood message. How bizarre would it be if America was directly responsible for the hijacking of MH370?

And what would be the purpose?

I am unsure of what to take from this report, other than that I believe it’s possible. My entire opinion on Flight 370 has been that it was never missing. They simply haven’t told us the truth about what happened.

What do you think?

UPDATE: Here is a Google Earth photo of the Diego Garcia Airport with the coordinates from the photo.

The New World Order & The ‘Order Out of Chaos’ Globalists

The New World Order & The ‘Order Out of Chaos’ Globalists