"Gold is an Asset the Girl Carries"

As the sound of traditional drums, trumpets and cymbals ushers Amrita Mannil into the wedding hall, she’s adorned by four finely crafted necklaces, rings, 16 bangles, a glistening belt, dangling chandelier earrings and a stone-encrusted head piece to match the silk borders of her dress. She’s wearing about 800 grams (1.8 pounds) of gold. 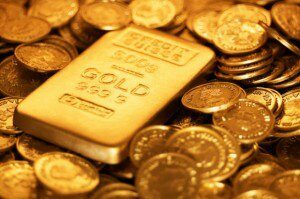 Amid the music and the chanted prayers, a gold chain is placed around her neck as the 25-year-old advertising executive marries Vimal Mohan in a traditional Hindu ceremony attended by 500 friends and relatives in Kozhikode, about 180 kilometers (112 miles) from the city of Kochi in Kerala.

“Gold is an asset the girl carries,” 28-year-old Namitha Shyam, the bride’s older sister, said after last month’s ceremony. “The values, status and wealth of the family is represented by the gold the girl wears as she gets married. The more gold you wear, the more pride you have in your family.”

the resilience of Indian demand, and the fact the nation imports almost all the bullion it uses, poses a challenge for Prime Minister Manmohan Singh, as he seeks to trim a record current-account deficit and stem the rupee’s 15 percent slide this year.
Wedding Ritual

Indians purchase gold at festivals and for marriages as part of the bridal trousseau and as gifts in the form of jewelry. Demand will be 900 to 1,000 metric tons this year, from 864.2 tons in 2012, the World Gold Council says.

Mannil’s family spent more than six hours selecting the chains and necklaces Amrita wore at the wedding. An Indian bride without gold “is like rice without salt: bland,” said Sheela Ramesh, her mother, while fiddling with her own Thali, or gold wedding locket.

“When you have social compulsions, there are many ways of overcoming restrictions,” said Babu as he sat in his house a day before the wedding. “Irrespective of what the government does, Indians will find a way to get around this because every wedding has to have gold.”

Political desires, even with capital controls and import restrictions, cannot change trends in attitudes. And given the plunge in the rupee, the desire to hold gold is more likely to rise than not as a result of capital controls.

Here is a chart I posted last Thursday courtesy of Nick at Sharelynx Gold regarding the premium one has to pay to buy gold in India..

With India’s 10% gold import duty on top of other capital controls, the price one has to pay for gold in India has reached a record spread of 21.6% vs. what one has to pay in countries where there are no such controls or import duties.

If there was little demand for gold in India, the premium would be much smaller.