America needs to talk now. It can’t wait until tomorrow. It can’t wait until our lousy elected servants decide to debate the subject. There are warships headed toward Syria now and Russia is preparing to counter. This could lead to World War III and I don’t know how else to put it… YOU AND YOUR FAMILY COULD DIE FOR THESE IDIOTS. This could cost millions of lives because if Russia and China get involved, which could very well happen, this war will not be pretty. We are talking about a real possibility of nuclear weapons being used and American civilians dying. 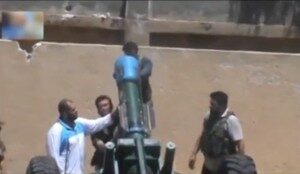 Screen shot from a video that allegedly shows Syrian Rebels, backed by The Obama Administration, launching a chemical attack.

Let’s dispense with the partisan politics and call it what it is. There is evidence to suggest that Barack Obama would not be the first president to put us into a war under false pretenses and it is not an accusation that can be placed solely on Democrats. So let go of that and let’s come together as a country right now to talk about what is potentially about to happen, unless we get loud enough to stop it.

By now most of us have heard that warships are moving in and that a cruise missile attack, though not imminent, is possible or even likely.

I want to walk you through some growing evidence and then I will leave it up to you. This is your country. If you care about this country then you will get loud and do it quickly. There is no time to waste. Share the articles and videos. Get in touch with your elected reps. Go to TV stations. Hand out flyers. Do whatever you have to do to stop this war from happening. Act as if your life depends on it. Because it very well might.

Washington D.C. and our mainstream media have presented ZERO proof that Assad was behind these attacks. The information I am about to show you will not provide 100% proof that Syrian Rebels are responsible for launching these attacks, but please consider this… It is more proof then we are getting from the other side.

Two days ago a startling confession came from a former member of Al-Nusra. They have chemical weapons and are intent on using them. This is the side which we are supporting. NSNBC International reports:

Abdola Al-Jaledi, a former high-ranking member of the Jabhat al-Nusrah front has revealed on his Twitter account @abo_almonthir, that his Jabhat al-Nusrah colleagues are in possession of chemical weapons, reports the independent Syrian Dampress Online Journal.

A former member of the al-Qaeda associated, foreign-backed Jabhat al-Nusrah front which is fighting the Syrian Armed Forces in an attempt to oust the Syrian government to establish an Islamic Sharia state, has admitted that Jabhat al-Nusrah is in possession of chemical weapons, to be used in attacks in Syria. 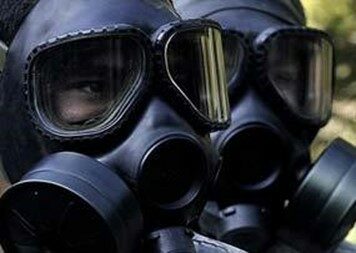 The Syrian Dampress Online Journal reports, that the Saudi Arabian terrorist, Abdola al-Jaledi has recently revealed on his Twitter account, @abo_almonthir, that his colleagues are storing toxic agents.

Al-Jaledi, who is a former, high-ranking member of the Jabhat al-Nusrah has reportedly left the al-Nusrah to continue fighting with another, also al-Qaeda associated brigade.

On his Twitter account, Al-Jaledi apparently said: “If it was not for confidentiality on this matter, I would reveal who was the fighter who made the said chemical bombs”. 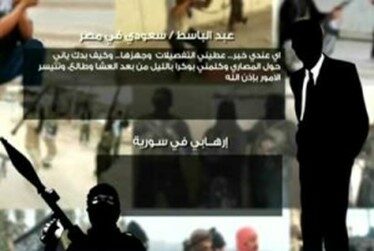 On Thursday, Syrian television released two intercepted telephone conversations among members of the so-called “Shuhada al-Bayada Battalion” and their Saudi Arabian liaison, the Egypt based financier Adulbasit, in which the terrorists were admitting that the group had used chemical weapons in Deir Balba, in the countryside of Homs.

The revelations occur as an international campaign, led primarily by the USA, UK and France, in the attempt to justify an illegal military aggression against Syria intensifies.

Now let’s turn the clock back to January when a story broke that suggested the U.S. was planning a chemical weapons attack in Syria to frame Assad. Here is a quote from the original story as printed by InfoWars:

Alleged hacked emails from defense contractor Britam reveal a plan “approved by Washington” and funded by Qatar to stage a chemical weapons attack in Syria and blame it on the Assad regime, fulfilling what the Obama administration has made clear is a “red line” that would mandate US military intervention. 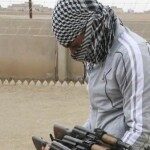 The leaked emails, obtained by a hacker in Germany, feature an exchange (click here for screenshot) between Britam Defence’s Business Development Director David Goulding and the company’s founder Philip Doughty;

We’ve got a new offer. It’s about Syria again. Qataris propose an attractive deal and swear that the idea is approved by Washington.

We’ll have to deliver a CW to Homs, a Soviet origin g-shell from Libya similar to those that Assad should have. They want us to deploy our Ukrainian personnel that should speak Russian and make a video record.

Frankly, I don’t think it’s a good idea but the sums proposed are enormous. Your opinion?

The fact that the plan involves delivering a CW (chemical weapon) that is “similar to those Assad should have,” clearly suggests that the idea is to stage a false flag chemical weapons attack that could be blamed on Assad by Gulf states like Qatar and NATO powers.

If the claim that such as plot was “approved by Washington” can be verified, then the Obama administration is complicit in a war crime.

Say what you want about Alex Jones but he was on this story 7 months ago while you were eating cheetos and watching prime time TV. If you must discount this source then go ahead. There is plenty of other evidence that is mounting.

Thank God for Jerome Corsi of WND.com. He is probably my favorite journalist because he has zero fear. He only wants the truth to come out. Corsi delivered on Monday Night with his own scathing collection of evidence that the Syrian Rebels are responsible for these attacks.

He argues Syrian forces were in the targeted area.

“How is it possible that any country would use chemical weapons, or any weapons of mass destruction, in an area where its own forces are located?” Assad asked in the interview with Izvestia, according to a translation provided by Syria’s official news agency and published by the Los Angeles Times.

“This is preposterous! These accusations are completely politicized and come on the back of the advances made by the Syrian Army against the terrorists.”

The above link will open in a new window, so you can read the article and return if you wish. Corsi has multiple videos and some really good information that casts serious doubts on the Obama Administration’s claim that this attack came from Assad.

Finally I would like to present a video that is the best I have seen thus far. It puts together a lot of what we know and also provides valuable links to resources that will back up the idea that this was nothing more than a set up with heavy U.S. involvement.

Look my friends, this is one of the most unpolished pieces of writing you will ever see but it has to get out. I don’t have time to find perfect words. Lately it has been tough to find time to shower (we have newborn twins). I didn’t have time to dig up every single piece of evidence available. I wanted to put enough in front of people to shed some doubt.

My belief is that Obama is putting 300+ million Americans in harm’s way and I had to do something to try to get the word out. Let’s give up this stupid liberal/conservative crap for a moment and call this what it is.

We may soon be fighting for our very survival.

We cannot allow this to happen to America. Somehow we have to stop it this time.

These people work for us and 92% of Americans do not want us involved in Syria with either side, from what I have heard. I don’t have the source for that statistic but I don’t need one to know that most people are against this. I have yet to meet a person that is for it. Finally we have something that democrats and republicans will agree on…WE HAVE NO BUSINESS IN SYRIA, PERIOD!!!

Now get out there and raise some hell. We have to stop asking these leaders to listen to us. We must demand it.

I don’t know how to wake people up but I have to keep trying and you do too. When we are putting our hopes in Vladimir Putin to keep his composure then we all know that something is very wrong in America.

Kaci Hickox Moans About Her Human Rights Being Violated: What About My Basic Human Rights?