The following could be hazardous to your political health if you are one of those people who truly believes there is a difference between the Democrats and establishment Republicans (notice I said establishment Republicans). Senate Majority Leader Harry Reid’s office has leaked emails between him and Speaker of the House John Boehner’s office which demonstrate that Boehner may have coordinated with Reid to exempt Congress from Obamacare. 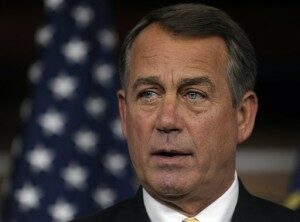 The emails from Boehner’s office were authored by his chief of staff Mike Sommers and those emails were leaked by Reid’s chief of staff David Krone, who apparently has a history of doing this type of thing.

Behind-the-scenes, Boehner and his aides worked for months with Senate Majority Leader Harry Reid (D-Nev.), House Minority Whip Steny Hoyer (D-Md.), and others, to save these very same, long-standing subsidies, according to documents and e-mails provided to POLITICO. Senate Minority Leader Mitch McConnell (R-Ky.) was also aware of these discussions, the documents show.

During a five-month period stretching from February to July, Boehner and his aides sought along with Reid’s office to solve what had become a big headache for both of them. They drafted and reviewed a possible legislative fix, as well as continued to push for an administrative one from the Office of Personnel Management.

Boehner aides insist there was never any intention to move legislation through the House to correct the problem. McConnell was also opposed to any legislation approach to the controversy, said spokesman Don Stewart.

Boehner and Reid, however, went so far as to ask to meet with President Barack Obama to lobby him personally for help — using a cover story in order to protect the secrecy of the discussions, according to these documents. 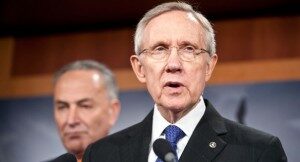 It appears to me that Boehner and Reid were in a coordinated effort to exempt Congress from Obamacare. Neither of them wanted it, but didn’t work to just repeal it for the American people. Frankly, I’m not surprised at this, but hopefully for some it is a wake up call to the fact that the House Republican leadership are thinking about themselves and not you or me; and don’t give me down the road about the Democrats…..we already know they don’t care about the American people.

According to National Review Online, one email discussed how it would disguise a meeting with Barack Obama on this subject as a meeting on immigration reform.

“We can’t let it get out there that this is for [Boehner] and [Reid] to ask the President to carve us out of the requirement of Obamacare,” Sommers wrote on July 17.

“This is a little bit more difficult because it isn’t a routing meeting because [House Minority Leader Nancy] Pelosi and [Senate Minority Leader Mitch] McConnell won’t be there,” he wrote. “I am even ok if it is the President hauling us down to talk about the next steps on immigration.”

Some Republicans are looking to cover for Boehner on this matter.

“The only memory I have of him talking about this is about how we could screw them with it,” said a Republican House member, whose name was not provided.

“I’ve never seen anything like it before. I don’t know how David thinks anyone on either side of the aisle will ever be able to work with him again. I guess this is part of Harry Reid’s plan: He refuses to talk with Republicans, so I guess his chief of staff figures he doesn’t need to be able to do so either,” a GOP aide told National Review Online.

Krone, in a statement to National Review Online, said, “Every time one of these anonymous Republican aides take a look at their paycheck, I hope they remember it was Harry Reid who protected their employer contribution.”

“They and their bosses are welcome to return it if they’re so outraged. I took the action I did because I refuse to stand by and watch those who pressed for this ruling turn around and attack the very thing they asked for, simply because they don’t have the courage to stand up to a few whiners in their caucus. Integrity means owning in public what you advocate for in private,” Krone adds.

Though Krone is most definitely speaking self-righteously, the fact of the matter is that we know many, not all, Republicans worked to make sure they and their staff were exempt from Obamacare.

Senator Tom Coburn (R-OK) gave the OK for Obama’s nominee Katherine Archuleta to be head of the Office of Personal Management after congressional staffers got an Obamacare waiver.

This isn’t the first time the Republicans have been blasted for their hypocrisy in this matter either. Senator David Vitter (R-LA) blasted Barack Obama and Congress over the bailout from Obamacare for members of Congress and their staff. Senator Rand Paul has an amendment to make every federal employee eat Obamacare, including Barack Obama and Chief Justice John Roberts, just like the rest of the American people that Congress and the White House are attempting to force this on.

Again, I’m not surprised as I warned weeks ago that the House was behind the scenes of the continuing resolution that included defunding Obamacare.

There is no doubt that Congress holds a double standard when it comes to themselves and the people they represent. The question is, when are the people going to have enough of that and demand their representatives apply the law across the board?