I told you nothing would come of this. I told you enough investigating had been done. I told you FBI Director James Comey knew and confessed that Hillary Clinton had broken the law, but failed to go after her. No more investigating was needed to arrest her, but people still thought she would be arrested. Now, it’s all out in the open that even a blind man can see as Comey has let Clinton off the hook once again, but what did that little WWE bout do? It got a lot of people off of talking about Clinton’s crimes and, in the minds of many people, reinforced that she is innocent since no charges were filed.

First, the letter that demonstrates Comey’s treason against the people of the united States as he provides aid and comfort to our enemy. 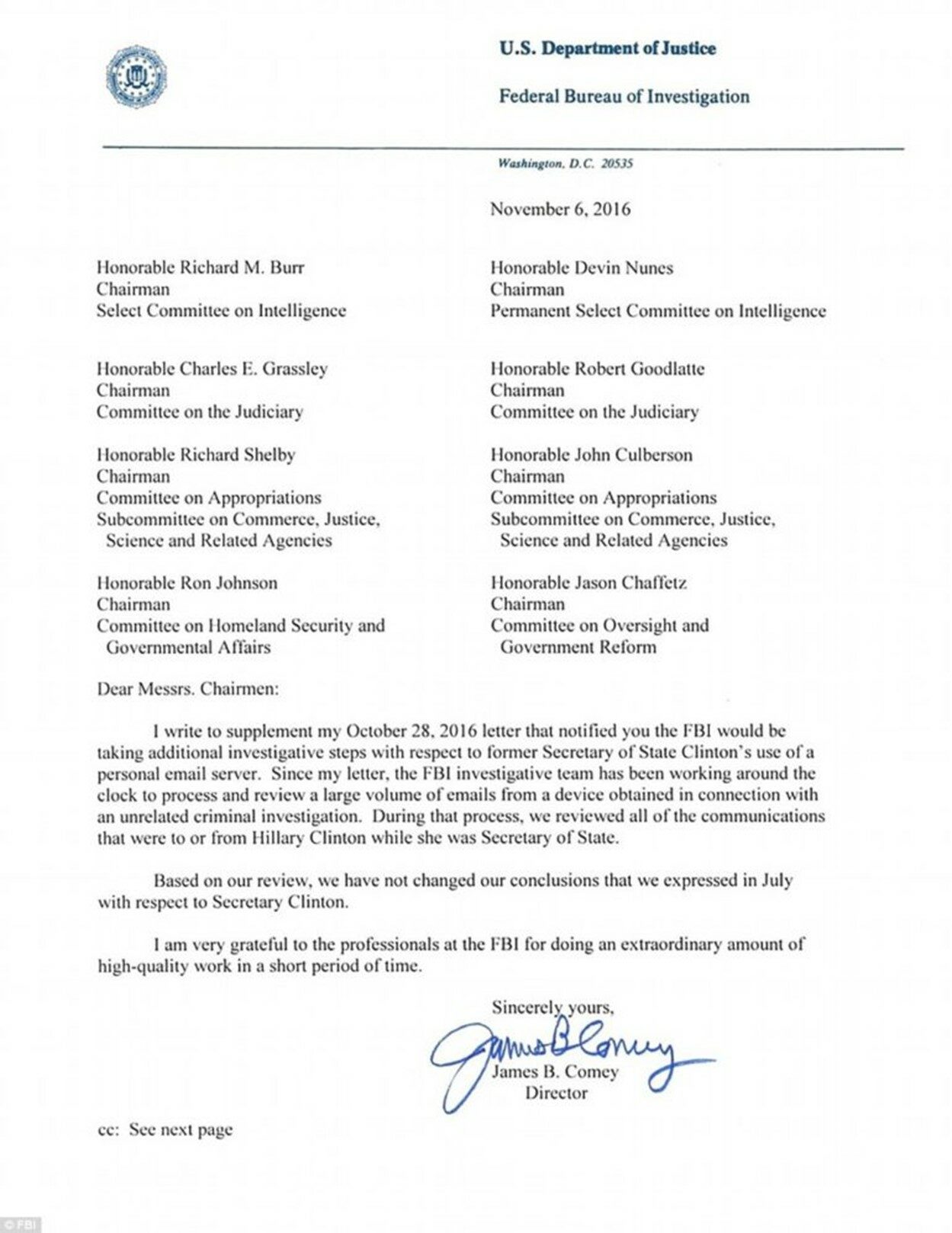 The letter, dated November 6, 2016, Comey follows up from his October 28, 2016 letter in which he informed Congress he would reopen the investigation into Clinton’s illegal email server.

“Since my letter, the FBI investigative team has been working around the clock to process and review a large volume of emails from a device obtained in connection with an unrelated criminal investigation,” he wrote. “During that process, we reviewed all of the communications that were to or from Hillary Clinton while she was Secretary of State.”

“Based on our review, we have no changed our conclusions that we expressed in July with respect to Secretary Clinton,” he added. “I am very grateful to the professionals at the FBI for doing an extraordinary amount of high=quality work in a short period of time.”

Right. High quality propaganda and Clinton butt covering. James Comey has shown himself to be exactly who I said he was, a pawn for Hillary Clinton. There’s a lot of power and money at stake for Mr. Comey, as well as Mrs. Clinton.

Nevertheless, the DOJ was involved too and you can bet that all that talk of the DOJ telling Comey not to inform Congress about the new emails they found and Comey letting Congress know about it, and Congress pretending to be enraged over it, was nothing more than another episode of WWE, DC style.

However, the question should be, what did that little fake wrestling match accomplish?

Well there are a number of things it took out of the media. Here’s just a few:

So, while many conservatives were ecstatic about the FBI re-opening an investigation, which they had already admitted the law was broken, but would not ask that anything be done to Mrs. Clinton, the reality was, and is, that it was all a dog and pony show, and smoke and mirrors, in order to make it appear that Clinton is really innocent of baseless charges.

Income Tax Is Robbery, Socialism Is Robbery…It’s ALL Robbery

Income Tax Is Robbery, Socialism Is Robbery…It’s ALL Robbery