Hillary, You Allowed Americans to be Murdered in Benghazi – Do You Really Think We Are Going to Let You Forget That?

Home » Hillary, You Allowed Americans to be Murdered in Benghazi – Do You Really Think We Are Going to Let You Forget That?

With all the recent information being made public (finally) that points fingers at the Barack Obama and Hillary Clinton that they absolutely, without doubt, knew that the attack on our consulate on September 11th of 2012 was a terrorist attack, the next big question is: Why didn’t somebody do something about it? Why did Obama and Clinton not send help? Why did they lie to us? And why did they continue to lie? Never once have I heard anybody take any blame onto themselves for this tragedy.

Well, one answer is clear enough; Obama was in a political fight to keep his job. He didn’t want to look like an idiot (even though he is). But why didn’t Hillary say something, anything, at the time of the attack and get help to those brave men on the ground? Nobody did anything and people died. What really upsets me about all of this (besides the obvious) seems to be that Hillary has got a complete pass, and she still gets to prepare for her bid at the White House!

NO – I don’t think so Mrs. Clinton, there is as much blood on your hands, as well as on Obama’s. I’m not going to let you brush this aside. As far as I’m concerned, you should be in jail right now. At the very least, you should slink away with your tail between your legs, never to be heard from again!  How dare you even think for a moment that we will let you sweep this under the rug.

Here is another picture of Ambassador Chris Stevens, just to remind you of the fact that you didn’t do anything to help save this man. 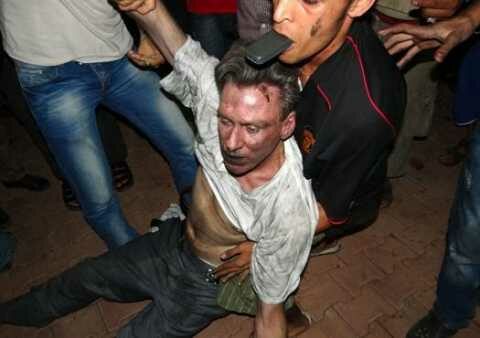 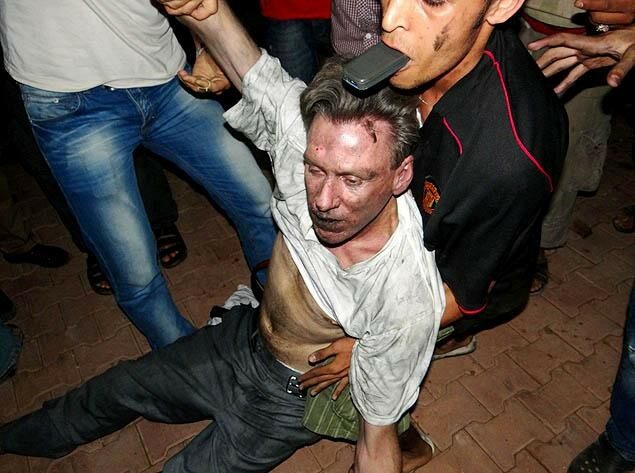 It’s not a pretty sight, is it Hillary? This man should have been able to come home for Christmas. He should be alive right now, and he isn’t because of you! If you think for a single minute that we’ll let you slide on this one, you’re nuts!

Why would anyone vote for a candidate that lets her own people die and then lies about it to save political face? I hope the family members of all of the Benghazi dead follow you around the country while you are campaigning for the presidency. I hope they dog you to the ends of the earth you dried-up old shrew! I don’t see how you can look at a person in uniform, or stand under an American flag without being struck by the hand of God for your sins against your fellow countrymen.

State Run Media: Only Obama Can Save Us From "Gun Epidemic"

Obama Pays For Apology Ads In Pakistan With Taxpayer Dollars

Obama Pays For Apology Ads In Pakistan With Taxpayer Dollars