Historical Parallels between Progressivism, Nazism, Fascism & Marxism are not Accidental

Progressives, I suggest, have three main characteristics.  They see themselves as morally superior and feel it is their duty [read opportunity] to tell others what they should do.  They are experts at lying.  And finally, they use the government to force their views on others.  All of these characteristics are readily apparent in the Obamacare spectacular.

At the root of progressivism is the belief that they alone know the best path for mankind, and they see themselves as morally superior and intellectually gifted.  They believe ordinary people are not capable of running their own lives and that the progressive’s job is similar to the “white man’s burden” of the nineteenth century, the responsibility of the anointed to tell the rest of us what to do 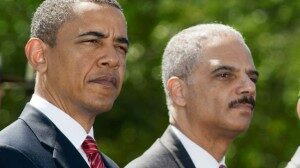 Progressives are dangerous because they will do anything and follow anyone in order to achieve their morally superior and intellectually advanced view of the world.  They will even follow a Pied Piper like Obama if he parrots their views.  Look at who Obama is.  Jack Wheeler, a Reagan advisor, describes Obama as the racist neophyte who appears from nowhere and absolves his followers for their sin of being white. Jack Wheeler, To the Point, 5 June, 2008.  Obama is a religious figure who conceals his own Marxist views and poses as the friend of progressives, overwhelming them with his potential for promoting their causes.  They worship him no matter what his faults may be.  Demagogues like Obama often turn to the left, for it is easy to co-opt true believers.

In addition to being morally superior, progressives are always willing to lie.  No one can forget “You can keep your doctor.  Period. You can keep your present health insurance.  Period,” repeatedly stated by Obama and dozens of Democratic lawmakers over a period of months, even when they knew that millions would be separated from their doctors and removed from their existing insurance policies.  Lying is permissible, even favored, because it works and because otherwise the “greater good” might not be realized.

Obamacare, when push comes to shove, is a plan to provide health insurance for the poor by loading an impossible cost in premiums and taxes on the population as a whole.  But if progressives were to say that, Obamacare would never have been enacted.  So they never admitted what Obamacare is, and even now that Obamacare is revealed as a Marxist wealth redistribution plan for the poor, when progressives attempt to justify it, they leave out the costs, which is another form of lying. They don’t mention that Obamacare will change the way doctors practice medicine, patients receive treatment, and the impact on thousands of businesses related to the delivery of health care.  That Obamacare may not work and leave major wreckage in its path is a matter of little concern for progressives.  That Obama and Congress exempt themselves from Obamacare is an unimportant detail.

Progressives correctly perceive that the vehicle for their morally superior outlook is government. How else but through the coercive power of government could they force the entire population to do something it does not want to do? Angelo Codevilla puts it this way:

“[O]ur Ruling Class’ first priority in any and all matters, its solution to any and all problems, is to increase the power of government – meaning of those who run it, meaning themselves.  Secondly it is to recompense political supporters with public money, privileged job, contracts, etc.”

Angelo M. Codevilla, THE RULING CLASS: HOW THEY CORRUPTED AMERICA AND WHAT WE CAN DO ABOUT IT (Beaufort Books, 2010), p. 28.

As Codevilla points out, progressives always pay off those who cooperate.  In the case of Obamacare, deals were made with hospitals, insurance companies, and drug manufacturers.  Hospitals would make more money by being able to consolidate and control massive delivery systems run by their bureaucrats. Doctors would be employees of the hospitals (not in private practice) taking direction from some guy with an MBA.  The insurance companies got a massive influx of new business – 30 million new customers – paid for by covert taxes and increases in everyone’s health care premiums.  Drug companies simply got the agreement that Obamacare would not utilize cheap drugs from Canada.  How’s that for paying off your supporters?

However, it’s not just businesses who are paid off.  Progressive hangers-on who are given power and government jobs, dumb-down their own ranks at the same time they are corrupting the federal bureaucracy.  Think, for example, of Obama’s friend Eric Holder, who is now the subject of impeachment legislation and who has been held in contempt by the Congress.  He has been described as the most incompetent Attorney General in the history of the country.  Think of one of Obama’s closest advisors, Valerie Jarrett, a Chicago politico whose experience in national government is zero and whose most noteworthy contribution to date is to explain that Obama seems distant because he is bored.  Remember that Obama has had five years to fill the federal bureaucracy with tens of thousands of people just like Holder and Jarrett.

Many progressives are well-meaning people.  Others are not.  However, all progressives share the conviction that they will do whatever it takes – they will trample on any rights, destroy any traditions, confiscate any property, redistribute any wealth – in the service of their quasi-religious vision, whatever it may be at the time.  Even if they came to believe that Obama is the racist Marxist that he is, determined to undermine the white establishment and transform the country into a Marxist Mecca, progressives would not care, for whatever he is, whatever his secret reasons or goals, he supports their morally superior ideas.  For them, the good outweighs the bad.  You can’t make an omelet or reshape a society, without breaking eggs, but progressives always turn away from the eggs they have broken.

The historical parallels between progressivism, Nazism, fascism, and Marxism, as practiced by Stalin, are not accidental.

Legal Scholar Who Voted for Obama: Obama’s Usurpation of Constitutional Authority Has Been Taken to a ‘New Level’

Legal Scholar Who Voted for Obama: Obama’s Usurpation of Constitutional Authority Has Been Taken to a ‘New Level’