In October, French Prime Minister Jean-Marc Ayrault said he was “deeply shocked” by reports that the US National Security Agency had secretly monitored tens of millions of phone conversations within France and demanded an explanation.

The U.S. response was ‘All Nations’ Spy as if that makes the practice of blanket spying on citizens OK.

Our response was like that of a 6-year old kid caught raiding the cookie jar, responding “Susie did it too!“

French Hypocricy at Its Finest

Two days ago the Voice of Russia noted France steps up net surveillance weeks after protesting against NSA spying. 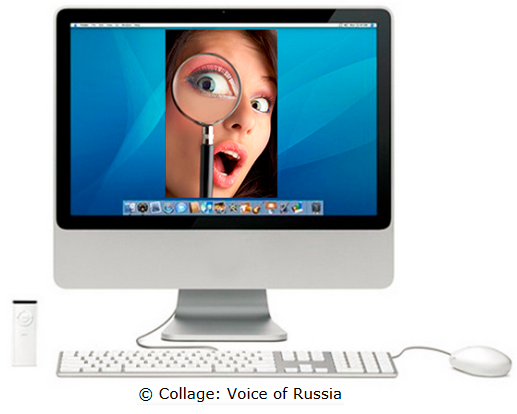 The French government has adopted a bill allowing the authorities to access and gather internet user data in real time without judicial approval. The senate approved the legislation just weeks after France expressed outrage at NSA spying practices. The bill has been slammed by activists as going “against the principles of democracy”.

The measures, given final parliamentary approval by the senate on Tuesday night, extend authority to gather digital information, previously limited to intelligence agencies, to the defense, interior, finance and budget ministries.

The law gives French intelligence services access to telephone and Internet usage data that would let them locate and follow the target of a terrorism investigation in real time. In addition, the law provides agents with access not just to meta data about users from website hosts but allows them to seize content stored on websites and in clouds. It also provides for access in real time to the location of mobile devices.

The information can be demanded without the prior approval of a judge, as previously required but there will be post-facto monitoring by national oversight bodies. Currently in France, authorities are required to apply for a warrant to access this information, a process that usually takes several months.

The upfront details are the same although Russia Today had more of them. In turn, the NYT has a few interesting items of its own. Let’s pick up this story in the middle.

“There was no consultation at all,” said Giuseppe de Martino, @sic’s director and an executive at Dailymotion, a French online video service. “No one said anything about it to us.”

The National Commission for Information Technology and Freedoms, a state administration meant to protect the rights and privacy of citizens, said it was not consulted on the contentious elements of the bill, though it was asked to review other provisions.

The government denied any effort to shield the law from public scrutiny. The bill went through four votes in Parliament, noted one government official. “Not exactly discreet, as maneuvers go,” he said, speaking on condition of anonymity because he was not authorized to speak publicly.

Please note the irony in that last paragraph.

French Citizens Should Have Been Angry for 23 Years

In still further irony, Jean-Pierre Sueur, a senator from President François Hollande’s Socialist Party, said identical provisions have been in place since the passage of an electronic intercepts law in 1991. “If they’re angry about this, they ought to have been angry for 23 years,” Mr. Sueur said.

Unfortunately, no one knew about the spying until now, because it was hidden.

Thus once again I sing the praises of U.S. and international public hero Edward Snowden, for revealing precisely what governments are doing.