Do you know, how I know, that the modern American Left is filled with ignorant, indoctrinated fools?

Because the modern American Left still has a large percentage of their adherents who believe that communism could actually work.

On college campuses across the nation, silly liberals argue that “true communism” has never been tried. Which would likely come as a shock to the philosophical followers of Karl Marx – men like Vladimir Lening, Josef Stalin, Mao Zedong, and MANY, MANY other communist dictators who spent so much time trying to mold their countries into communist utopias.

It’s a ridiculous argument that doesn’t deserve a response, but because so many modern leftists believe it, we must engage the conversation and explain (over and over again) why communism never works.

It never works because it is a corrupt ideology based on the false premise that all of history is simply a story of some privileged people exerting power over other, less fortunate people.

History also has given us plenty of examples of why, and how communism always fails.

Dr. Jordan Peterson can easily explain how we know that Marxism, which gave birth to 20th century communism, is an evil ideology predicated on hate rather than empathy:

How do we know? “By all the murders.”

In fact, in the 20th century Communist nations killed more than 100 million of their own citizens. This is not including war, we are talking 100 million civilian deaths within the nations controlled by communists. 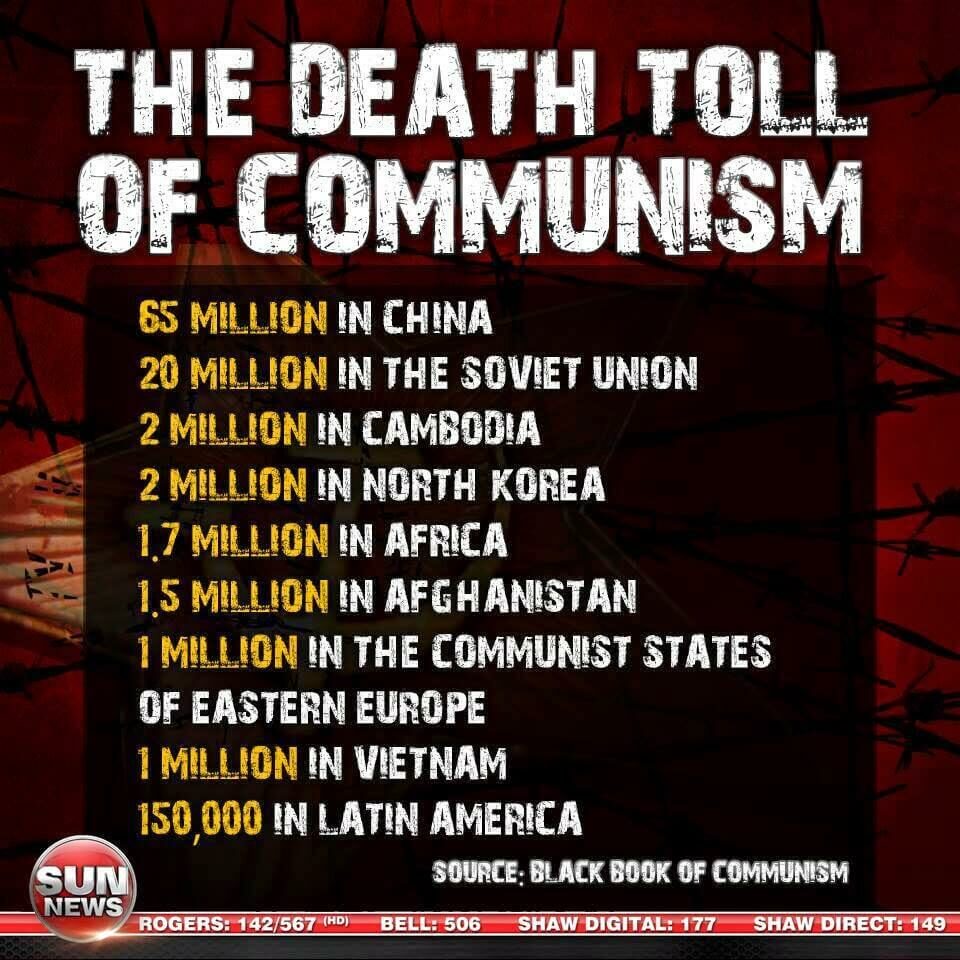 Any ideology that requires the mass murder of a huge swath of your population is a useless ideology.

Some students at Santa Clara University in California were attempting to explain these simple truths to their fellow students, but the facts and data were simply too much for the leftists on campus to take. A simple anti-communism display quickly devolved, as leftwing students began spewing ridiculous inanities and foolishness.

From the Daily Caller News Foundation:

Santa Clara University’s Turning Point USA chapter set up a table Thursday, as well as 1,000 flags representing 20th century victims of socialism and communism, according to media and comment obtained by The Daily Caller News Foundation. The group had one of its fliers smacked, flags ripped out of the ground, and a table almost toppled.

Sadly, things went off the rails when a leftist snowflake showed up to prove how ignorant she was of history.

“Cuba has done great,” the female student yelled. “They have like 99 percent literacy, they have f**king their own health brigades.”

As the son of Cuban immigrants, I can’t properly express how angry I become when leftwing Americans try to portray Cuba as a communist paradise. If this were the case why would tens of thousands of Cubans have fled the island over the last 50 years? If this were the case why would the Castro regime have felt it necessary to lock up tens of thousands of their opponents, murdering thousands of them over the years? If Cuba were the paradise that American leftists believe it to be, then why won’t any of them move there permanently?

Because it’s a terrible, repressive place where the people are oppressed and freedom is non-existent.

But I digress, let’s get back to the story…

“She consistently shouted us down as we tried to create a civil dialogue, resorting to derogatory comments (calling us, dumb, uninformed, and liars) and being openly hostile while assuming motives/arguments that we had never alluded to (referring to us as ‘a bunch of f***ing Trump supporters’ and implying inherently malicious motives),” McLaughlin told the Daily Caller.

And when a member of the ROTC passed by and made a pro-capitalism comment, the left-winger exploded and disparaged the military as an organization designed for killing “brown people.” The crazed leftist then “grabbed one of our posters and ripped/crumpled it before rudely throwing it at my colleague, and later tried to flip over our table with our tabling supplies on it,” McLaughlin said. Another campus leftist took it upon herself to destroy the groups flag display.

Sadly, none of this is really surprising, is it?

This seems to be par for the course on American college campuses these days.

Santa Clara’s Turning Points President, Rhaaghav Kanodia, explained that this was simply a symptom of a wider problem on our campuses.

“Whenever there is discrimination against values which are inherently aligned with the liberals, our school and the administration have sent out emails offering every resource they have available to support the students who have allegedly been discriminated against,”Kanodia told TheDCNF. “But when it comes to values which align with conservative, there is usually little or no action is taken.”

Communism is a philosophy of greed, hatred, and evil. It pretends to care for the least in our society, but in reality, it focuses on the most successful. We must fight back against this ideology wherever it rears its head, because its doctrine is pernicious, destabilizing, and it ALWAYS leads to death and destruction.

Article posted with permission from Consitution.com

The Crime of Bearing False Witness