Unfortunately, the U.S. provided Saudi Arabia with patriot missiles and “the coalition forces destroyed the missile 65 km (40 miles) from the Mecca without damage and retaliated against the launch site inside Yemen,” the statement said. Mecca is home to the most sacred sites in Islam, including the Grand Mosque.

Here is a video of the interception:

The Houthis confirmed the launch of a Burkan-1 ballistic missile into Saudi Arabia in a statement to their official news agency on Friday but said it targeted King Abdulaziz International Airport in Jeddah, the kingdom’s busiest airport. However, the coalition forces reveal it was heading towards Mecca. 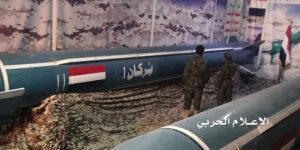 The Yemeni Shiite Houthis have always wanted to send a long suppository to Saudi Arabia and so they developed scuds, Burkan 1 (Volcano 1), range 800 kilometers. Not only did they develop it, but they fired a couple of these babies just a few weeks ago towards Saudi Arabia’s Fahd Air Base, near Mecca. 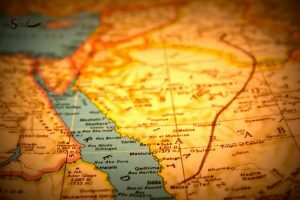 Here the previous launch from Yemen:

But this time the target was Mecca, Allah’s House (Bait Allah). Iran says that Karbala is Allah’s favorite vacation house, not Mecca, which Iran promised that Allah will penetrate with a scud as a last one night-stand with the veiled Burqa dressed Kaaba.

But the developments of scuds by Yemeni Shiites is not that simple to ignore by Saudi Arabia, which plays a game of cat and mouse with these rebels playing with some serious fire. On August 28th, Saudi Arabia had to send a jet just before this other scud was about to take off destroying it on the ground and at times have the patriots intercept.

This time the coalition forces destroyed the base of the Mecc-scud:

Allah in the Quran promised he protects the Kaaba from destruction while the Hadith says in the end it will be destroyed. As it seems, this time the whore of Babylon escaped, but her destruction is well etched in scripture so for now enjoy the weddings.

Article posted with permission from Shoebat.com