Is The Muslims Are Coming Documentary Just Poking Fun At Jihad? 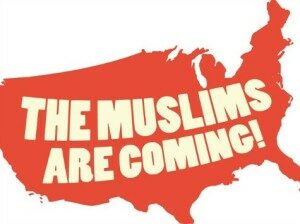 Only in Hollywood would mocking Islamophobes be considered fodder for a documentary comedy. This is no laughing matter. There is nothing more serious on this planet right now than the horrors of Islam. Pamela Gellar has been leading the fight for the truth about jihad as President of the American Freedom Defense Initiative (AFDI). While movies about the realities of jihad cannot find distributors, mockeries like this can get made. And with full Hollywood support and backing.

One would think people would wake up to the truth about Islam after 9/11. But instead, American culture is more concerned with combating “politically correctness” via Muslim sterotypes. Leave it to directors Negin Farsad and Dean Obeidallah to create film like The Muslims Are Coming documentary to showcase Muslim-American stand up comedians as they attempt to show us that “Islamophobia” is really funny. That it’s misguided, and the people who speak of it are paranoid and racist. 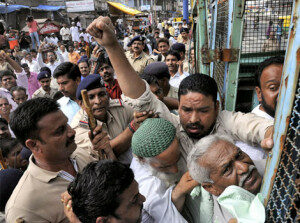 What vile hypocrites. This is the same jihad that has claimed the lives of millions and is responsible for some 20,000 terror attacks since 9/11? Are Americans going to think back and remember how funny jihad was on 9/11 when we remember the loss of life that occurred on that day? Well since that was carried out by “Islamic extremists” maybe it will be funny now.

“Extremists” are not responsible for the carnage. This is Islam. The Boston Bombing in April was the work of jihad. But where was the media? They were the ones wishing that the terrorists were white, right wingers. 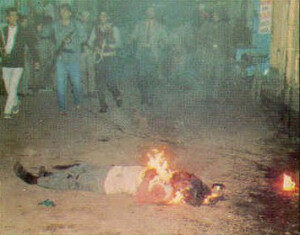 Need there be a list of all the carnage inflicted upon the world by Islam? The be-headings, the torture of Christians, the civil war in Syria. The desire to “wipe Israel off the map.” There is no calculable figure that could accurately give a full account of the horrors of Islam. But the world is in its grip. And now the carnage is fodder for a good documentary comedy.

“Around the election of Barack Obama and the controversey regarding a mosque near the World Trade Center, we were both kind of struck to the extent to which being Muslim was such an accusation,” Farsad said. “And I think that it continues for some people five years later.”

Right, it’s the “Islamophobes” throwing those accusations around. Not the actions of a religion of monsters, waging war on all who do not submit to Islam.

Dean Obeidallah said they want to “counter those who are preaching hate and those who don’t know about Muslims.” The two have some powerful friends in their corner; the film features cameos from such notables as Jon Stewart, David Cross, Janeane Garofalo, Colin Quinn, Lewis Black and Aasif Mandvi. Negin was named “One of the Fifty Funniest Women” by The Huffington Post, and Obeidallah has appeared on Comedy Central’s “Axis of Evil Comedy Tour” and is a weekly contributor to CNN.com.

What impeccable timing. With the United States about to potentially engage in a strike against Syria, and knowing full well that the next step will be a Syrian and Iranian strike on Israel, now is the perfect time to laugh about the harmless religion of Islam. It’s the Islamophobes who are the real enemies. Of course we don’t know if we will engage in a military conflict with Syria since the options of supporting Assad or Al-Qaeda are both so appealing. Nor do we know if President Obama will decide to strike by flipping a coin, or if he’ll decide to strike after a good golf game. This is the real joke, the indecisiveness of buffoon masquerading as a President, or rather a Muslim masquerading as an American President.

One can only speculate what might happen. But we do know Islam is death. And Islam aims to kill the infidels. That would be everyone who isn’t Muslim. So the humor is nonexistent. This matter is more serious than any global issue we face today. This is an ideological war and we are most definitely losing.

To see the rest of Pamela Gellar’s article check out http://www.breitbart.com/Big-Journalism/2013/09/02/Politico-Islamophobia-Movie