Our AFDI honor killing ads which hit the streets last week were taken down today.

I just received a call from CTV asking me what I thought of the removal of our ad, which was designed to help Muslim girls in trouble. I had not been told. It was the first I was hearing it.

We placed our ads in Edmonton because human rights activists there wanted to partner with our organization to do so. Honor killing is a grim reality that is largely ignored, and girls are suffering as a result. Muslim fathers kill their daughters for real or imagined sexual indiscretions that have supposedly dishonored the family. Nothing is done because political correctness prevents us from speaking about the problem honestly. Muslims commit 91 percent of honor killings worldwide and Islamic law stipulates no penalty for a parent who kills his child. These girls need and deserve protection. 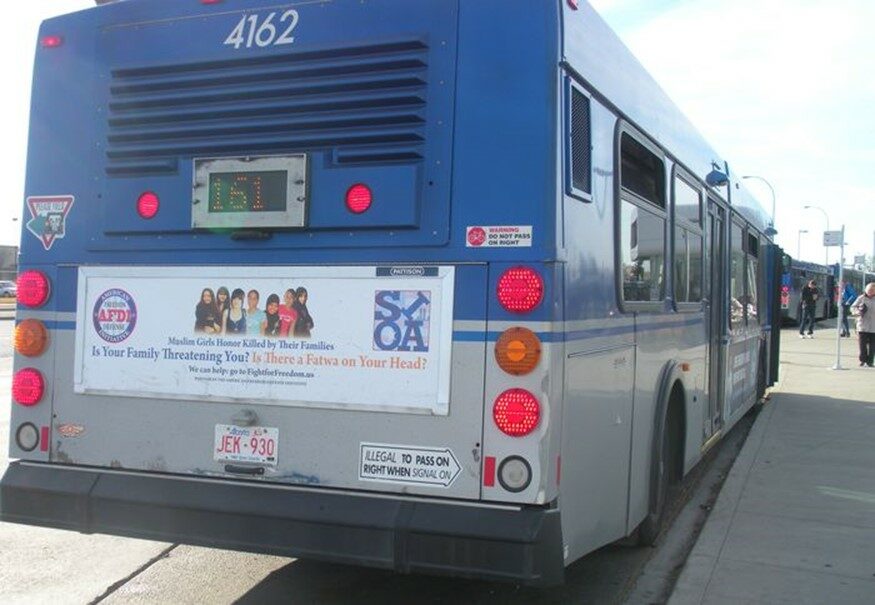 Is this how the Canadian Muslim community responds to the desperate circumstances of Muslim girls living in devout Muslim homes? They deny, obfuscate and dissemble. The Muslim community protects the religious honor code, while smearing and libeling the truth tellers coming to the aid of these girls as “racists.”

The Palestinian Authority gives pardons or suspended sentences for honor murders. Iraqi women have asked for tougher sentences for Islamic honor murderers, who get off lightly now. Syria in 2009 scrapped a law limiting the length of sentences for honor killings, but “the new law says a man can still benefit from extenuating circumstances in crimes of passion or honour ‘provided he serves a prison term of no less than two years in the case of killing.'” And in 2003 the Jordanian Parliament voted down on Islamic grounds a provision designed to stiffen penalties for honor killings. Al-Jazeera reported that “Islamists and conservatives said the laws violated religious traditions and would destroy families and values.” (Source: Jihadwatch) 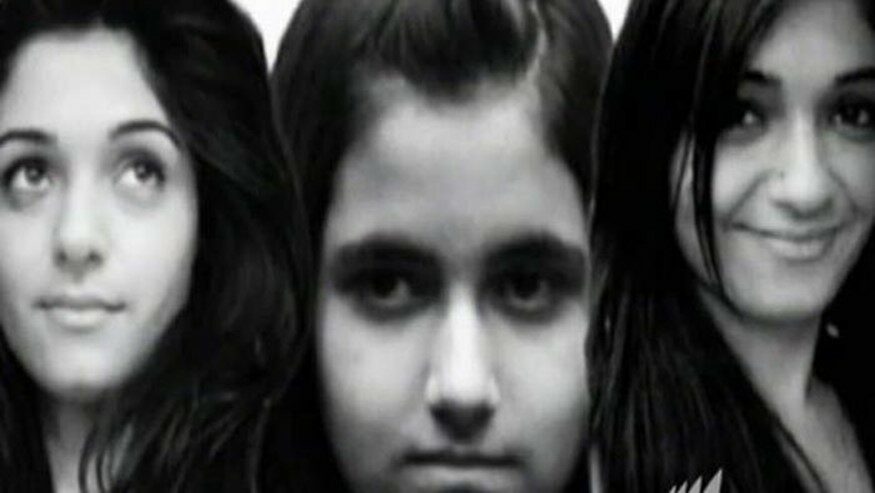 “Allah’s curse on them for generations.  … They betrayed Islam.”

“May the devil shit on their graves. Is that what a daughter should be? Would a daughter be such a whore?” — Muslim dad woho honor killed his three daughters and wife.

“I would do it again 100 times,” said Mohammad Shafia. 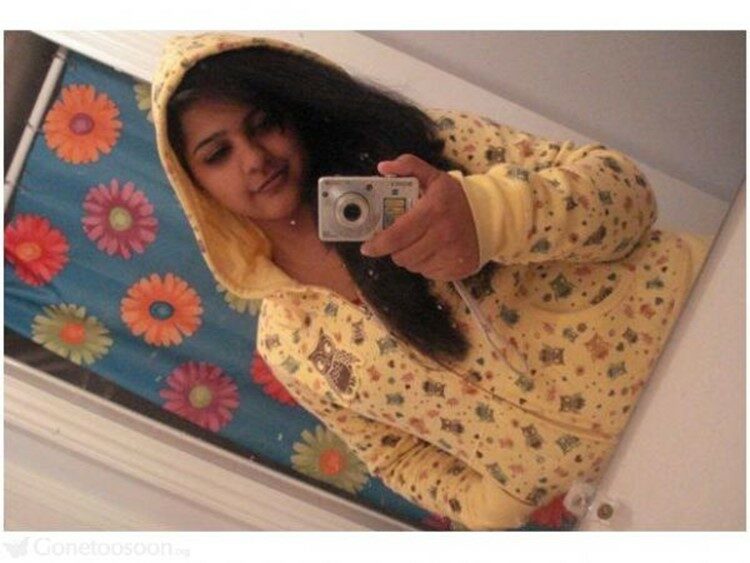 Aqsa Parvez, Canada — lay in an unmarked grave. We planted a grove of trees in her name and in memory of victims of honor killing across the world. 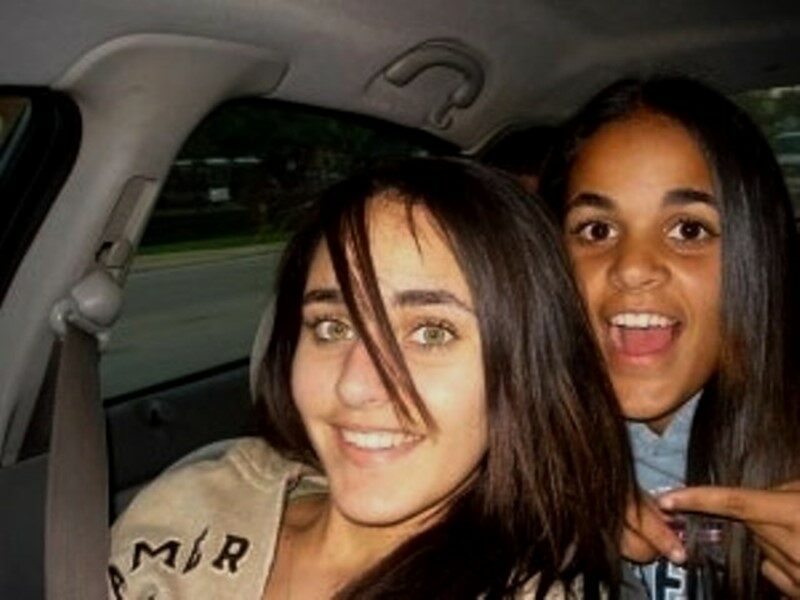 At least there’s a good chance of justice in the city of Warren. In Dearborn, police are being sued for covering up honor killings in an act of self-enforced sharia and also to preserve the city’s reputation.

Februrary 2011: Honor killing of Täter Harun in Germany. “By about 22 clock he confessed to the horrific bloodbath” with more than 100 stab wounds in the 21-year-old mother-to-be. The child died as well.

Harry Potter star, Afshan Azad, was badly beaten by her father Abdul Azad, and his son Ashraf attempted honor killing earlier this month because of her relationship with a Hindu man.

November 2, ‘o9: Noor Almaleki is Dead — run over by her Muslim father for being too “westernized,” she lingered for days.

Katya Koren, 19, was stoned to death under “Sharia law” after taking part in a beauty contest in Ukraine. 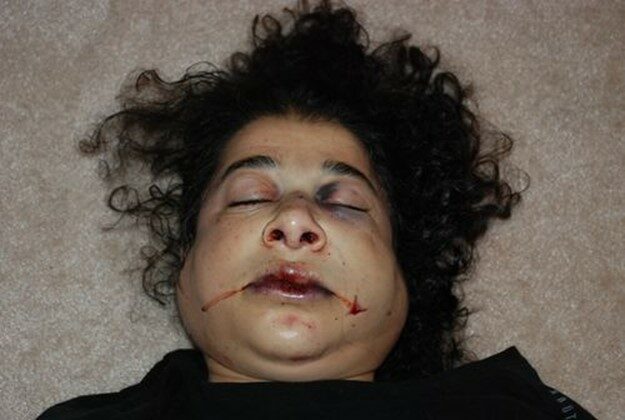 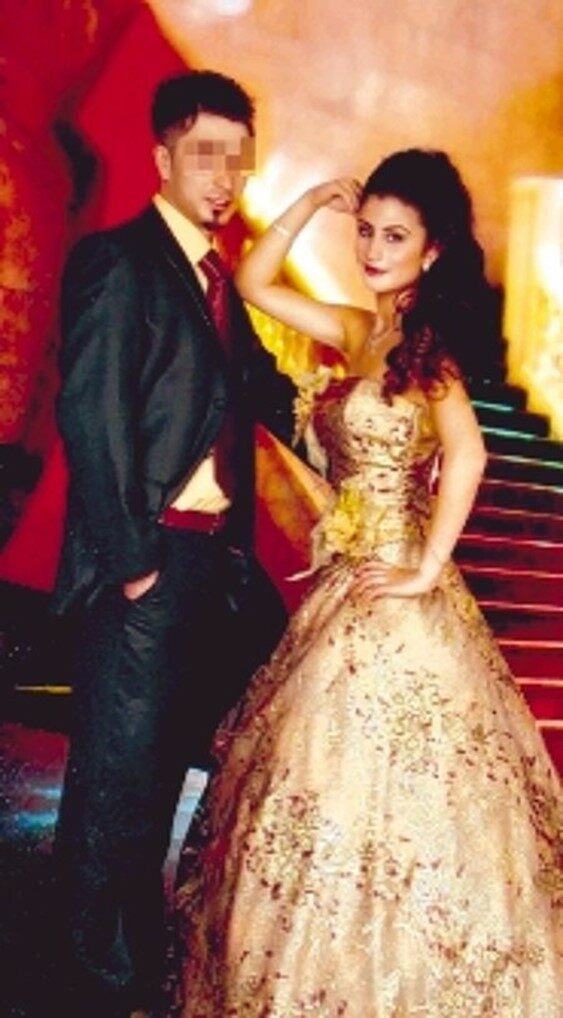 Notice the man’s face is protected, and that the victims of these “honor” murders are always beautiful.
The depraved murder Önder B. und Müjde

Feroz Mangal and Khatera Sadiqi were shot by Khatera’s brother as they sat in a parked car at the Elmvale Acres shopping plaza. 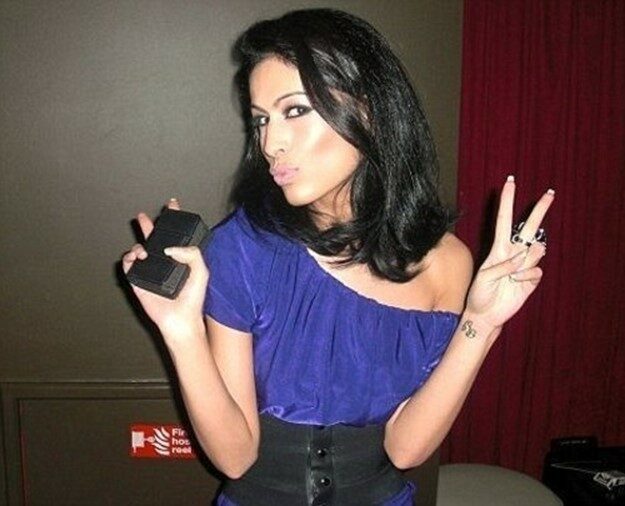 Sandeela Kanwal, 25, was found dead on her bedroom floor last July. Her father told police he strangled his daughter with a bungee cord because she wanted a divorce.

Morsal Obeidi (stabbed to death 23 times by her brother — for “turning away from her family”). 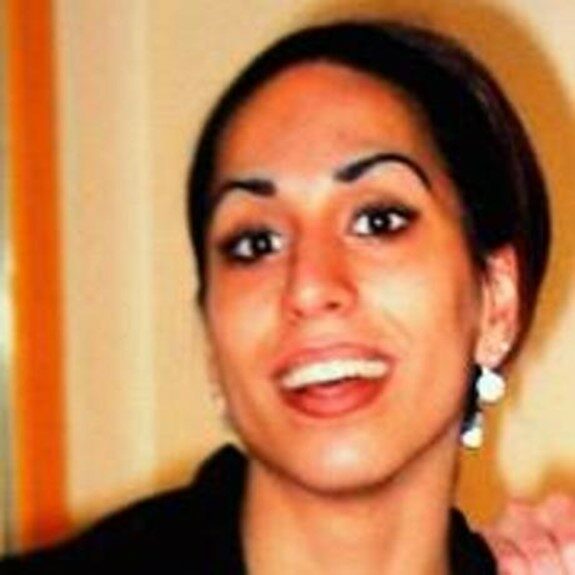 Caneze Riaz, 39, and her four daughters, Sayrah, 16, Sophia, 15, Alicia, 10, and Hannah, 3 UK (Muhammad Riaz killed his wife and four daughters by throwing petrol over them as they slept and igniting it.) 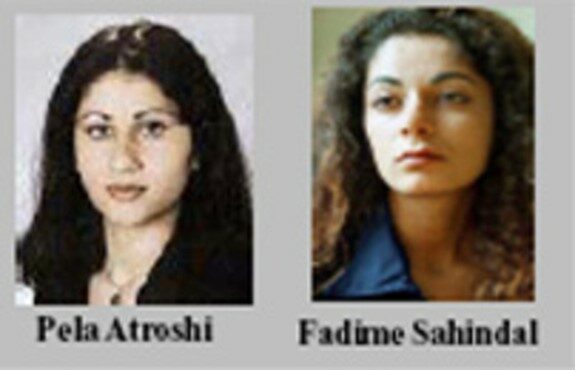 Hina Salem Italy (“Mohammed Saleem cut his daughter’s throat because she refused an arranged marriage and instead wanted to integrate into Italian society.”) 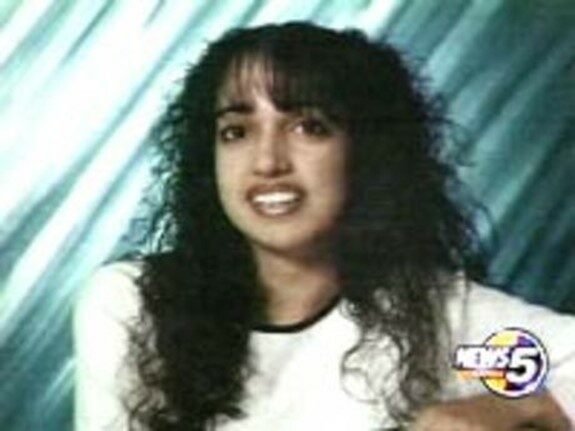 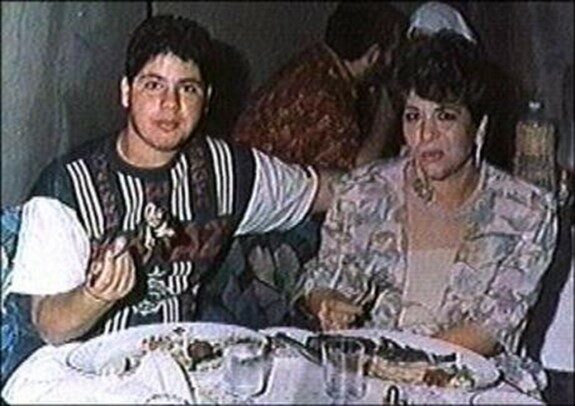 Burned Alive  A Victim of the Law of Men Souad 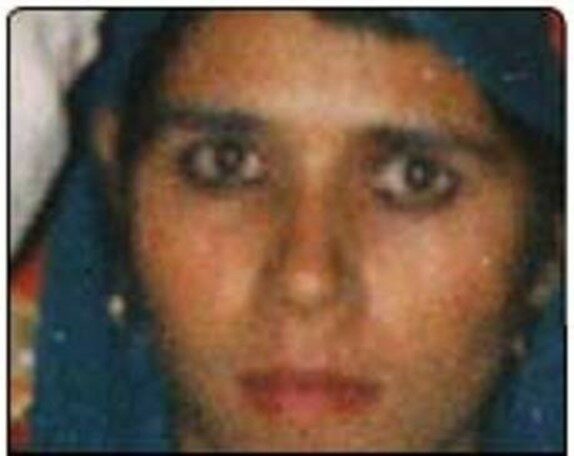 Zahida Peeveen at 29, before the malicious attack by her husband. At the time of the attempted honor killing, she was six months pregnant. After attack: WARNING GRAPHIC 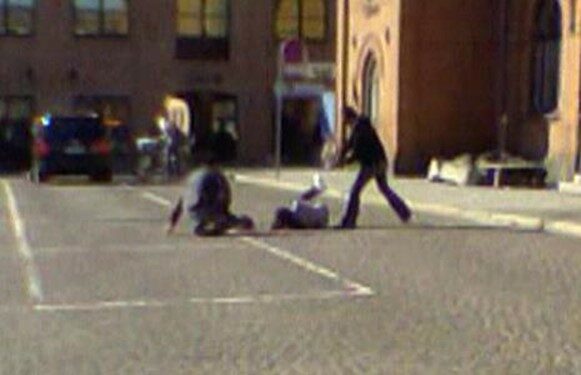 The killing of Ghazala Khan in Denmark by her brother may be the only instance where an “honour” killing has been photographed while being perpetrated. This picture was captured on cell phone camera and shows the woman’s brother aiming the gun at his sister, lying on the ground. Her fiancee, also seen, was wounded, but survived. The killing was planned by her entire family, and Pakistani taxi drivers were used as spies to spot her and alert her family. 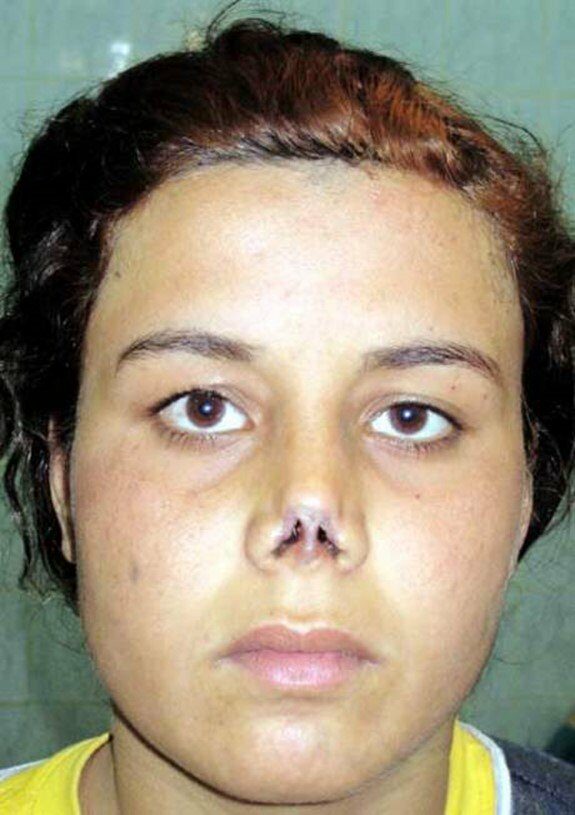 As a 13-year-old girl in Turkey, Rojda was raped, then forced to marry her
rapist under Islamic law. Her face was mutilated by her “husband’s” family
when she refused to prostitute herself after he was imprisoned for raping
another child. 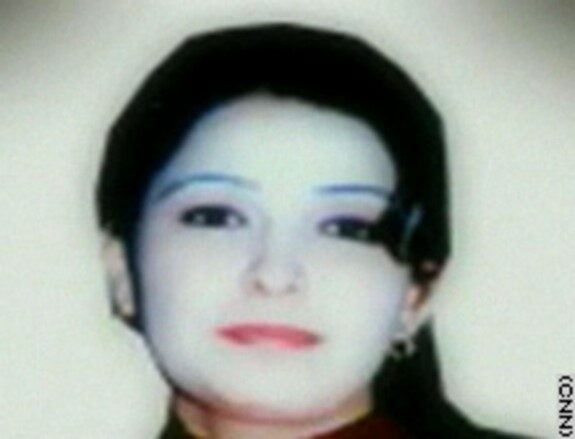 Rim Abu Ghanem 19 (Dr. Suliman Abu Ghanem, a 33-year-old pediatrician at Assaf Harofeh Hospital, who along with his three brothers decided to murder his sister for refusing an arranged marriage) Israel

1/3 of the women murdered in Jordan are a result of Islamic “honor” killing. And yet I could not find one picture of a murdered girl in Jordan.

“It was a brutal scene. One victim’s head was nearly cut clean off,” an official is quoted as saying. (here)

And the thing is, this is the end — the final act, the culmination of the subjugation, oppression, violent abuse of women in Islam. The terror that precedes the murder is almost unimaginable. Living in fear, every day, living in fear of physical and mental abuse and still, standing up and living their own lives — only to be murdered for it.

Sabia Rani 19 UK (not only did four members of her husband’s family do nothing to help her, they turned a blind eye as he continued the beatings and ultimately murdered the helpless young woman at the house they all shared).

Ramla: Woman killed in front of her children 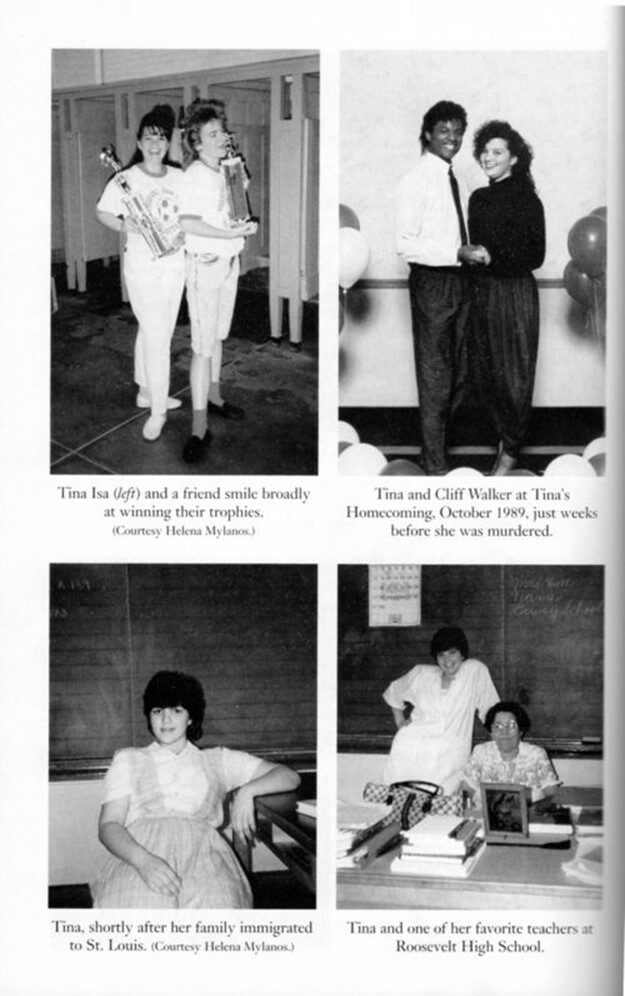 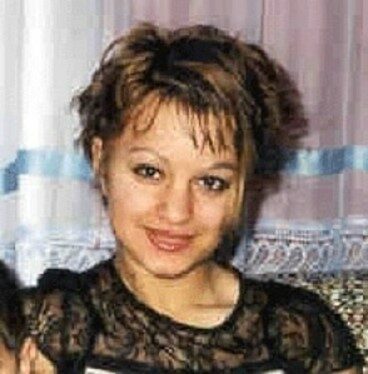 Editor’s Note: For all those out there that hate and attack Pamela Geller and just believe that she is a Muslim hater, understand just where her ads and focus is at. First, it’s warning against what Islam actually is. Second, you should see the love demonstrated to help those caught in the middle of Islam with no way out except for friends like Pamela. This should outrage enough people to call and demand the ads go back up. Contact information for Edmonton Transit Business is:

City Councillors in Edmonton can be contacted here:

Now helping Muslim girls is “racist”: Edmonton Transit has caved in to Islamic supremacist demands and taken down our AFDI bus ads offering help to Muslim girls living in fear of honor killing.

Yet vicious blood libels against Israel are OK, and are running on transit systems across Canada.

Apparently Muslims complained about our ads. Why?

Is this how the Canadian Muslim community responds to the desperate circumstances of Muslim girls living in devout Muslim homes? They deny, obfuscate and dissemble. The Muslim community protects the religious honor code, while smearing and libeling the truth tellers coming to the aid of these girls as “racists.”

Honor killing is a grim reality that is largely ignored, and girls are suffering as a result. Muslim fathers kill their daughters for real or imagined sexual indiscretions that have supposedly dishonored the family. Nothing is done because political correctness prevents us from speaking about the problem honestly. Muslims commit 91 percent of honor killings worldwide,and Islamic law stipulates no penalty for a parent who kills his child.

These girls need and deserve protection.

We are not giving up. We are going to challenge their decision in Edmonton, and run the ads elsewhere in Canada. The fact that Islamic supremacist groups are so threatened by these ads shows how desperately they are needed. Clearly we struck a nerve: these Muslim groups don’t want people speaking out against honor killing, and so we have to speak out louder than ever.

Please help us. We have to mount a legal challenge in Edmonton, as well as run the ads elsewhere in Canada. We can’t do it without your help. Remember: what happens in Canada will soon enough happen in the U.S.: Canada is just farther down the same road we are on, the road of appeasement and capitulation to Islamic supremacists.

We have to make a stand. Please donate via Paypal to [email protected] The American Freedom Defense Initiative is a 501c3 organization, and your contribution is tax-deductible. Go here: HELP FUND THE FIGHT- click here!

Or send your tax deductible contribution to: