Joe Biden: 'I am Supposedly an Expert on Foreign Policy'

Vice President Joe Biden spoke at a campaign rally on Thursday at the University of Wisconsin in Eau Claire. Biden said, “I am Supposedly an Expert on Foreign Policy.”

His comments came on the heels of the Islamic attacks on US embassies in Libya, Egypt, and Yemen. The attacks have left an American ambassador and three others dead. Biden’s comments could not have been more out of touch nor out of place.

I was asked, I’m supposedly an expert on foreign policy. Well, you know, an expert from where I come from is anyone from out of town with a briefcase. I do not have a briefcase with me today. But here, I was speaking at a conference… our allies from around the world. …I was asked a simple question: What is the single most important object… that American most complete in order to maintain its dominance physically as well as economic ascendancy in the world? What is it? And the answer I gave them I think surprised them, but the president and I shared this view together. We have to be the single best-educated nation in the world in order to be able… that is not hyperbole. We must be the single best-educated nation in the world.

Education is the single most important ‘object’ in maintaining ‘dominance physically’ and ‘economic ascendancy’? Education is hardly the issue here. The problem is that neither Biden nor Obama have good foreign policy and there is no doubt that what is taking place right now is the result of what is referred to as “blowback.” They also don’t have good domestic policy.

Sadly America’s own education numbers have declined in the past decade despite massive amounts of money poured into a dying public education system. Not only that, but students are taking on massive debt to become “educated” only to find out that they can’t afford it and that there are no jobs for them to transition into. Just take a look at where we currently rank in the world in education: 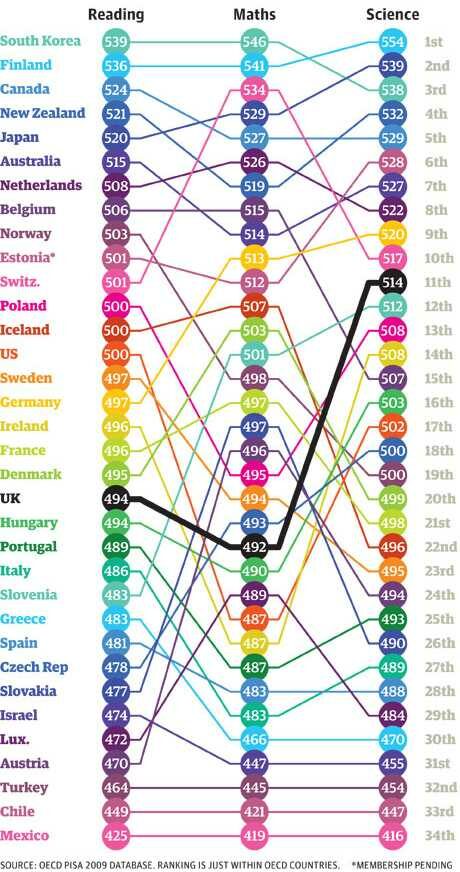 In addition, our own Secretary of State, after being in the position for nearly four years, asks “How can this happen in a country we help liberate, in a city (Benghazi) we helped save from destruction?”

This comes from a woman that is supposed to be “educated” enough to know the region and yet she has to ask such questions in the wake of attacks on a U.S. embassy?

Sorry Joe, but the reality is that the Obama administration has not only failed in foreign policy, but it has failed in education (which the federal government should not even be involved in), and it has failed to have policies that actually allow for businesses to grow and be profitable so that they can create jobs. I think on Biden’s report card for both education and foreign policy he should receive an “F.”