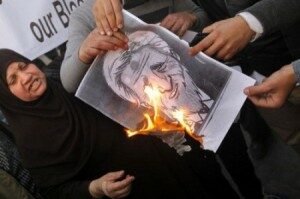 The speech that John Kerry gave in Malaysia on October 10th was supposed to be delivered by President Obama. Unfortunately for Obama, he was tied up state side due to the government shutdown. So, his little errand boy went in his place and gave a stirring speech on how wonderful the country is and what a model it is for diversity.

This is laughable, but given that the Obama administration lauds Malaysia as a credible Muslim “ally,” the amount of praise heaped on the country makes sense. However, the facts tell a completely different story. Thousands of Bibles have been confiscated because leaders refer to god as “Allah.” Obviously, Bibles are a direct threat to the Islamic faith and must be destroyed. Too, Hindu temples have been destroyed, and even Ahmadiyya Muslims have been forbidden to pray. They are not the right sect.

Shia Muslims are banned from spreading their ideology in Malaysia since the country is Sunni. Does this sound like a model of multi-cultural cohesiveness? President Obama and John Kerry certainly think so.

Kerry said, “We meet in Kuala Lumpur because this is a multi-cultural city at the heart of a multi-ethnic, multi-faith country, and history has proven time and again that diversity is one of the most important catalysts for discovery. Here in Malaysia, people of different heritages have been in conversation for a long, long time. You see it in the open houses that you host during holidays, welcoming people of different faiths into your living rooms.”

What a bunch of nonsense! There is only one tolerated religion: Islam; and only Sunni for that matter. If the goal is eliminating Christians and others who encroach upon militant Islamic fundamentalist values, then Malaysia is doing just what it is supposed to, and it would also fit the Obama Adminsitration narrative of supporting a Sunni Islamic nation.

Al-Qaeda is Sunni, as is the Muslim Brotherhood, which coincidentally was strongly backed by the Obama Administration in Egypt. Hezbollah, on the other hand, is Shia. 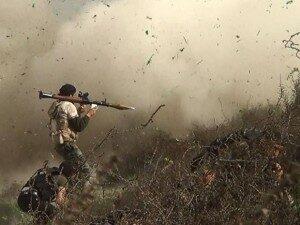 This whole disgusting display of praise goes straight to the Obama narrative and the Administration’s unwaivering support for Sunnis, which also includes CAIR/Hamas. We have been overrun.

So while the Obama Administration praises a bogus “multi-cultural” society like Malaysia, what they are really doing is just enforcing their support for Sunni Muslims everywhere. The Administration stands with them, and supports them fully. It’s not hard to see the direct correlation, and the unending praise.

“Together, they… are a soaring reminder that Malaysia is much more than a marketplace. It is a human and economic mosaic – and it is a model for the world,” Kerry said.

Does it get any more outrageous than this? The idea that Sunni Muslim Malaysia is a human and economic mosaic is akin to saying the same thing about Syria. But what religious tolerance, for Hindus even?

“Our calculation shows one temple being demolished in every three weeks,” P. Uthayakumar, a lawyer for the Hindu Rights Action Task Force, a Malaysian rights group, told Reuters. “The UMNO government is not following the Constitution, which guarantees the freedom of religion.”

And there’s more about the multi-cultural goodness that is Malaysia.

Over 90 percent of deaths in police custody are of Hindus. Every week, 1.3 persons on average are shot by the police; 95 percent are Hindus. A staggering 70 percent of Indian Malaysians have been reduced to hardcore poor, poor or working class, with 90 percent being in the daily or monthly wage-earning category.

One of the worst problems is forced conversions to Islam, which has become particularly acute since 2001, despite the provision for freedom of religion entrenched in Article 11 in the Malaysian Constitution. A recent case that has shaken the country involves a 27-year-old Tamil Hindu, Bangaramma, who was converted as a minor in a Government orphanage and registered as a Muslim without her knowledge. She continued to regard herself as a Hindu, worshipping and marrying a Hindu in a temple, according to Vedic rites. Bangaramma is now fighting for her religious freedom in order to live as a Hindu with her Hindu husband and two children, as the Government is refusing to register her marriage and to acknowledge her husband as father of her children. Worse, she is being threatened with the charge of apostasy, which in Islamic Malaysia means she can be forcibly separated from her husband and children (aged two and seven).

So much for religious freedom in Sunni Malaysia. John Kerry’s speech about the glories of Malaysia was nothing more than a stump speech. President Obama was supposed to deliver this message himself, and no doubt he would have done a great job, spreading the love from one Sunni Muslim supporter to another. This is open support for a crackdown on religious freedom. But this is who Obama and his latchkeys are. Should anyone be surprised? Not in this climate.

Resort Founder: “The Idea America is in a Recovery… is a Lie”