Following the murderous execution of Jordanian pilot Muath Al-Kassasbeh, which was released on video on Tuesday, King Abdullah of Jordan made good on his threats and executed two convicted Islamic terrorists and scheduled the execution of three more. He also said that he would personally lead an air strike against the Islamic State, which was carried out on Thursday.

“The blood of martyr Maaz al-Kassasbeh will not be in vain and the response of Jordan and its army after what happened to our dear son will be severe,” the king said in a statement. “We will hit them at their strongholds and living centers.”

It seems the video of al-Kassasbeh’s execution did not produce the desired effect, “submit or else.” Instead, all it did was to anger those who see these Islamic devils as ants that need a boot to squash them.

“The Jordanian King Abdullah II will participate personally on Thursday in conducting air strikes against the shelters of the terrorist ISIL organization to revenge the execution of the Jordanian pilot [Kasasbeh] by the ISIL,” said the IraqiNews.

The targeted strikes in Mosul killed 55 Islamists, including one of the Islamic State’s top commanders, who is referred to as the “Prince of Nineveh.” Now he’s just a worm suffering under the wrath of Almighty God in Hell.

However, Walid Shoebat also points out that other targets were hit. He writes:

While western media did not specify the specific sites the fighter jets hit and local media said the planes went after targets in Raqqa, a Syrian stronghold for the terror group as The Jordan Times reports.

This is what we know from western media.

However, this is simply food crumbs. Shoebat.com has been monitoring ISIS communications and Middle Eastern sources to Shoebat.com revealed that there were several air raid attacks on the city of Shahadi, 50 km south of Al-Hasakah destroying nearly 500 apartments belonging to ISIS personnel and around 60 apartments that belonged to ISIS officials.

In addition to targeting the headquarters of Aljbsh Directorate that ISIS uses as a base which they fled from their headquarters and went to the Al-Ghaz Directorate, which is run by the Syrian regime while the town turned into a ring of fire and smoke.

The same sources reveal that the headquarters of ISIS’s area forty-seven five km from Shaddadi was also targeted. Monitoring tweets by ISIS reveals tremendous suffering. In this photo it shows a huge ball of fire in which one ISIS tweets lamenting: “These are the volcanoes that the brothers of Muath Al-Kassasbeh powered on Muslims in Al-Baraka Shadadi. Do we hear any condemnations?” One source stated that these balls of fire were the exploding oil resources Jordan bombed today that ISIS steals from Syria.

In like manner of the video that ISIS put out to the world, Jordanian television aired the attacks, which you can see below:

However, they not only aired the attacks, the put up their own propaganda video titled “Operation Revenge Muath” which warns the Islamic State of what the repercussions of their actions will be if they continue down the road they are on.

And here is another video, which Shoebat claims says, “Here for you ISIS you dogs.”

King Abdullah has vowed to fight the Islamic State until Jordan runs “out of fuel and bullets.”

Abdullah is certified as a Cobra Attack Helicopter pilot and was a Major General in charge of Jordan’s Special Forces. However, unlike the imams and leaders of Islam and the Islamic State, Abdullah is not afraid to put his own backside on the line to defend his people. He isn’t calling on anyone to do what he is unwilling to do. In other words, he’s not one of these cowardly Caliphs and he has the love and respect from his people, unlike America’s current Coward-in-Chief. Just look at this picture. 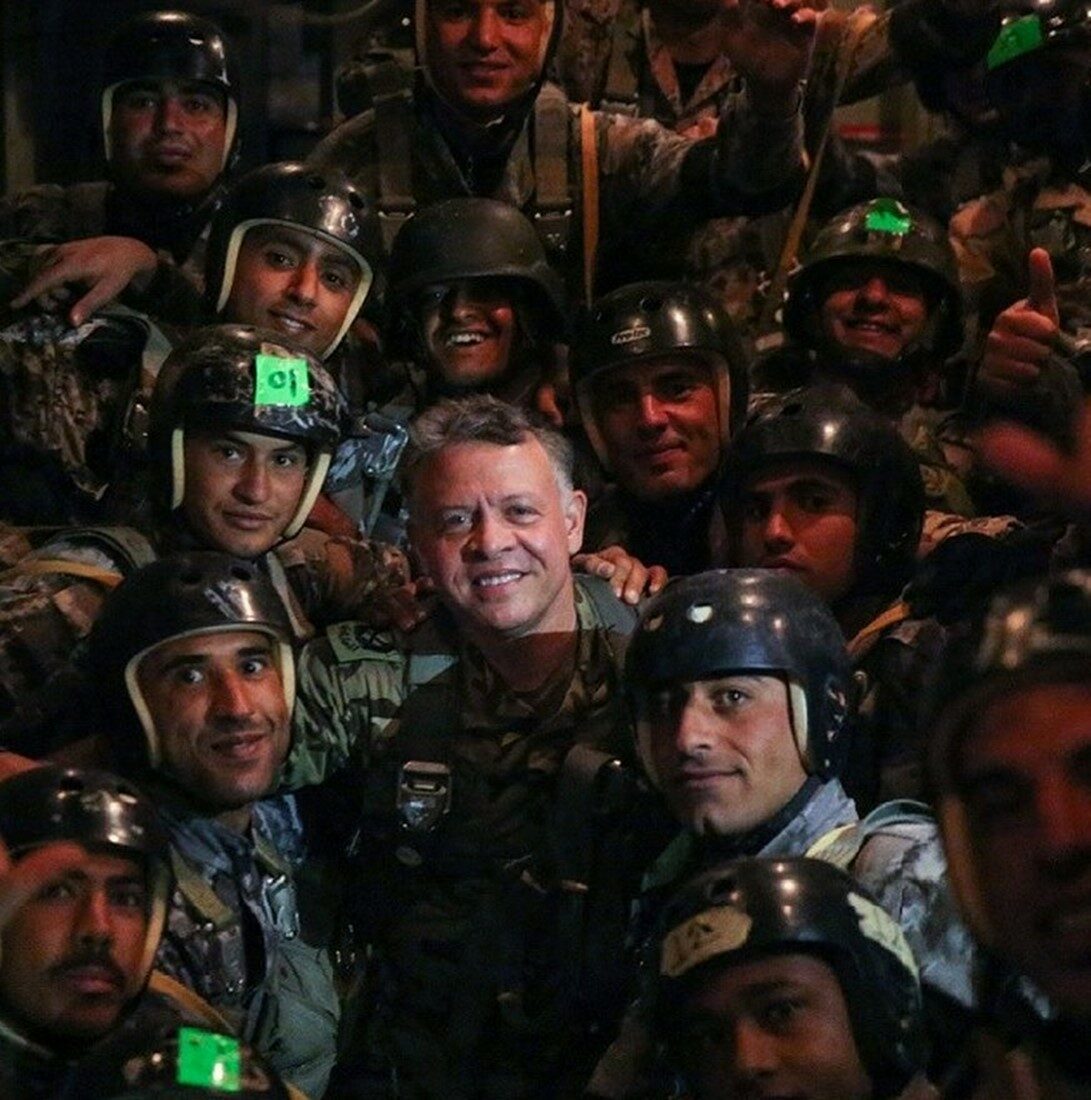