Kidnapped Marine Speaks Out: 'I'm Scared For My Country'

Former Marine Brandon Raub speaks to John Whitehead in a one on one interview. Raub’s case went viral on the Internet earlier this month when on August 16, the former Iraq and Afghanistan veteran was kidnapped from his home by police, FBI and Secret Service agents and forcibly incarcerated in a psychiatric ward by authorities in Virginia in response to Facebook posts which the FBI deemed “terrorist” in nature.

Raub was released after a week when a judge concluded that the original petition ordering him to be detained contained no information whatsoever on the reasons behind Raub’s incarceration.

Raub explained that one of his main concerns in being publicly vocal about his concerns with the activity of the U.S. government was executive orders that allow the state to seize dictatorial power in a time of crisis, including the seizure of private property, communications and the institution of forced labor camps.

When Raub asked what he thought of the whole experience, Raub responded, “It made me scared for my country, the idea that a man can be snatched out of his property without being read his rights should be extremely alarming to all Americans.”

“At the beginning it was very vague, it was almost as if they wanted me to volunteer information,” said Raub, adding that he had to draw out of them the reason for the visit, which eventually turned out to be the content of his Facebook posts.

Raub then stepped outside to speak to a Secret Service agent who quizzed him about his political beliefs.

“I mentioned the Bilderberg Group and their violation of politicians in this country meeting with them and specifically the Logan Act,” said Raub, adding that the Secret Service agents were taking notes to research the topics further at a later time.

After around 15 minutes of conversation, the police surrounded Raub and grabbed him, failing to read him his Miranda rights. When Raub appealed to the police to allow him to put some clothes on, even at gunpoint, the cops refused.

“I realized that they weren’t going to read me my rights and they weren’t arresting me, so I basically just decided to make it more difficult for them to take me,” said Raub, explaining why the video shows him dropping to the floor.

After his detention, Raub was given a hearing date and moved to a psychiatric ward three hours away from his family and legal team. Shortly before his eventual release, a psychiatrist threatened to forcibly medicate Raub in order to “brainwash” him.

John Whitehead emphasizes how 20 people in the same county as Raub have been similarly “disappeared” so far in the month of August alone.

This story sends chills down my spine. Yet, many people are under the illusion that it won’t happen to them. Wake up, it can happen to any of us. One thing is for sure, the government is definitely trying to silence us through intimidation. They want us silent, because they know that America is waking up. They don’t want that. For we are “The Sleeping Giant”. Fear not those who can take your body, fear the One that can take your soul. Resistance, along with being armed with knowledge is how we will help defeat this tyranny that is going on within our government. The treacherous acts that are coming, and have already happened against our own people. The resistance, will win if we unite. Many are uniting in the cause of freedom, and many are waking up to the oppression of our twisted government. Buckle down, because we’re in this together.

For Freedom, for God, for America. Now more than ever we all have to band together as one and call out our battle cry of FREEDOM.

Watch the interview below: 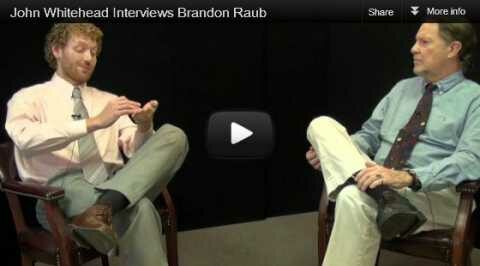