The 2020 presidential election is coming, whether the democrats are ready for it or not.

The level is disorganization among the party today is unheard of, and unprecedented.  With over twenty candidates all screeching in primetime for a shot at the Oval Office, the American people have a bad case of political fatigue – and we’re still 490 days away from the contest itself.

Even the first democratic debate, which had to be split into two night to accommodate the fractured party, failed to whittle down the candidates any further – at least in polling.

The left is worried, as well they should be.  This sort of chaos is likely to drag their already sullied name through further mud, with any number of shenanigans yet to come.

But now, an infamous pollster is claiming that “terrified” liberals will send Trump packing in 2020.

A university election model that predicted the blue wave in the House in 2018 almost to the seat is predicting a big loss by President Trump next year due to an explosion of bitter partisanship and Trump hate.

An election forecast model designed by Rachel Bitecofer, assistant director of the Wason Center for Public Policy at Christopher Newport University, predicted that Trump will lose the Electoral College 297-197, with 270 of 538 needed to win. 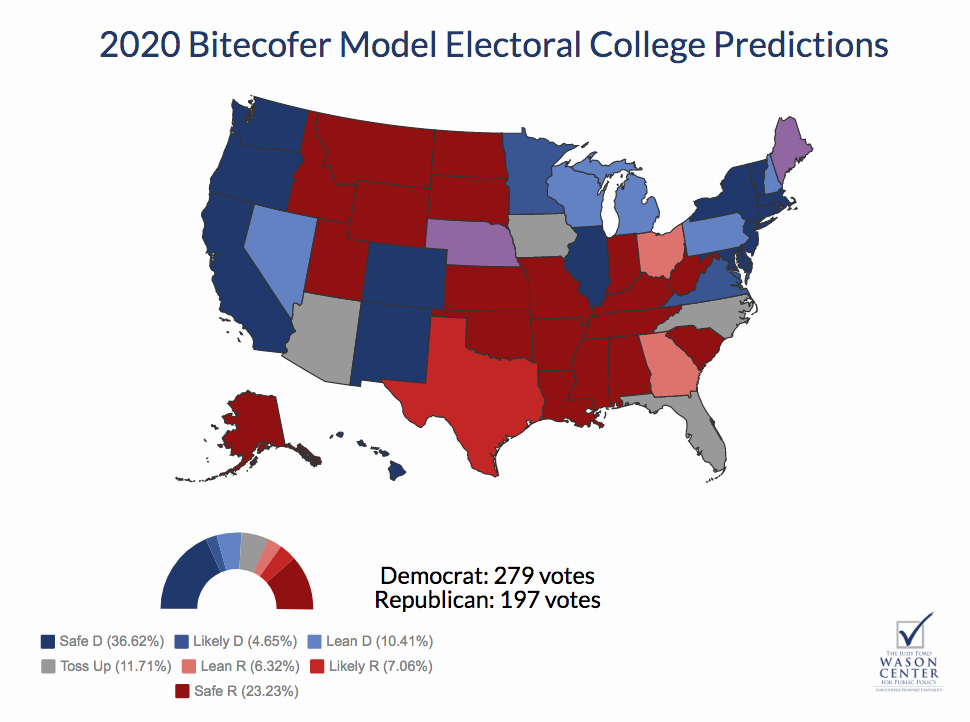 The pollster contends that an angry democratic electorate is the key to the left’s success.

“The country’s hyperpartisan and polarized environment has largely set the conditions of the 2020 election in stone,” Bitecofer said in a release. “The complacent electorate of 2016, who were convinced Trump would never be president, has been replaced with the terrified electorate of 2020. Under my model, that distinction is not only important, it is everything,” she added.

But can the democrats control this tumult long enough to even choose a candidate, let alone win an election against Donald Trump’s well oiled electoral juggernaut?

More Women Accuse Kavanaugh Without Any Evidence to Substantiate Claims