Do you have one of those old A-shaped swingsets rusting in your backyard? If you do, then you have the basis for an awesome swingset chicken coop! (And if you don’t, watch Craigslist – there are frequently  people offering them for free to whoever comes to pick them up.) Creativity is key when you go DIY for your coop.

When we moved recently we had to leave our wonderful chicken coop behind, since it was attached to the barn. While I drooled over some of the beautiful chicken Taj Mahals that are available, I’m on a pretty tight budget so it was important to use items that I could acquire either cheap or free. Luckily, the house we moved to had some pretty interesting stuff in a shed and an old rusty swingset in the woods.

I don’t have a lot of construction skills but the guy who put up my fence does, and luckily, he was on board with my wacky, freebie-scrounging ideas.

For the price of some labor, some hardware, some chicken wire, and a fancy-dancy hanging chicken waterer, I got a snazzy new coop that keeps my chickens safe and sound.

Here’s what we used:

If you’re making a scrounged chicken coop, be creative and see what you components you can find for cheap or free.  Because most of the items used were found, this isn’t as much a how-to as it is something to inspire you.  Here are some photos so you can see how my coop was assembled.

The Scoop on my Swingset Chicken Coop

The door is very heavy, which adds a layer of security against critters that might try to get in during the night. During the day, I use a bungee to hold the door open in the event of wind so no chickens get squashed. (They’re at the door because they know they’re either getting food or getting out.) 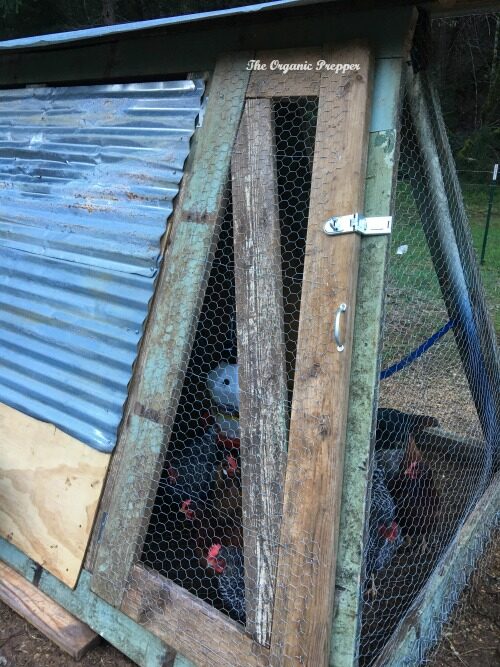 There is also a heavy duty double hinged latch that I fasten with a carabiner at night for an added layer of security. (Order a similar latch here.) 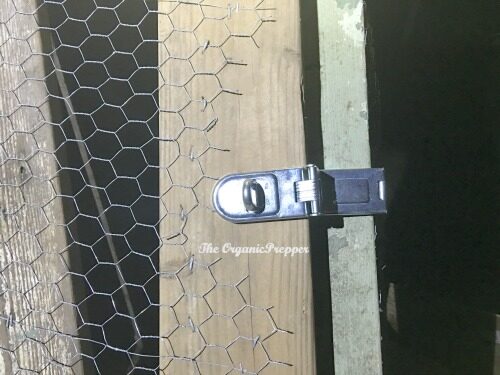 The bottom is covered with a piece of chain link fencing that is attached to the boards that form the bottom edge of the coop. 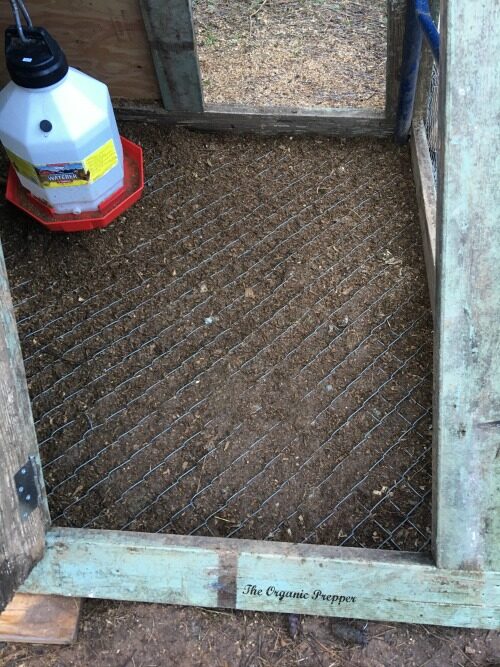 My biggest splurge is this hanging 5 gallon water dispenser. It stays much cleaner raised a few inches off the ground, only needs to be refilled every few days, and I used the exisiting hook for a swing to hang it from. (You can order your own hanging dispenser here – it is a lower price than it was at my local feed store.) 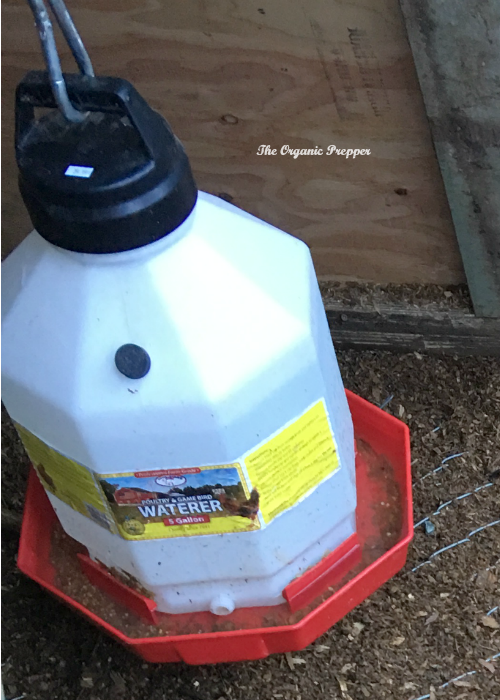 Here’s the interior of theswingset chicken coop. The chickens like to roost on the cross bars on each end, and there is an extra bar from an old closet that was also installed. I used some cubbies from my previous garage for nesting boxes. (I probably should have taken the interior pic before I put the chickens in here to poop on everything. Of course, anyone who has chickens knows that a coop only looks clean for about 10 minutes.) 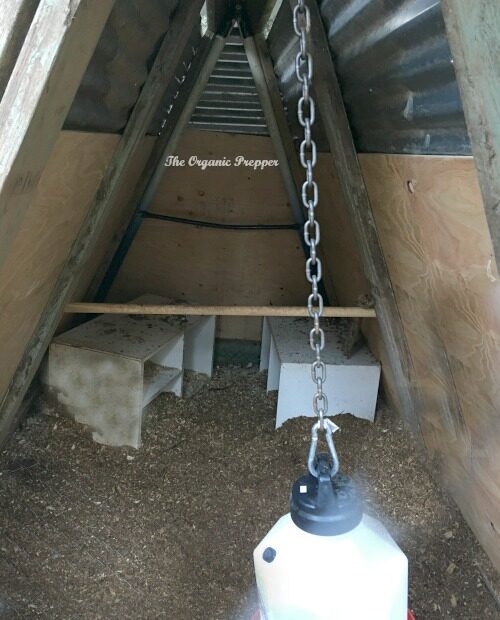 The coop in all of its glory. I’ll be painting the plywood soon to make it a little prettier. 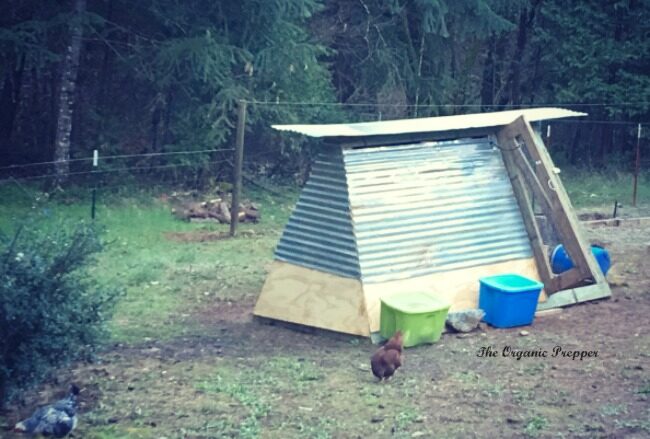 Thor, our LGD, is happy to follow the chickens around and protect them because he realized they’re like little feathered Pez dispensers, dropping nice little egg treats around the yard for him to enjoy. I lock them in the coop a couple of days per week and that gives us more than enough eggs for our needs. The rest of the eggs get scattered around the yard for a doggie version of an Easter egg hunt. Thor’s a little skinny so the added fat will do him good. You can see him licking his dog lips in the photo below. 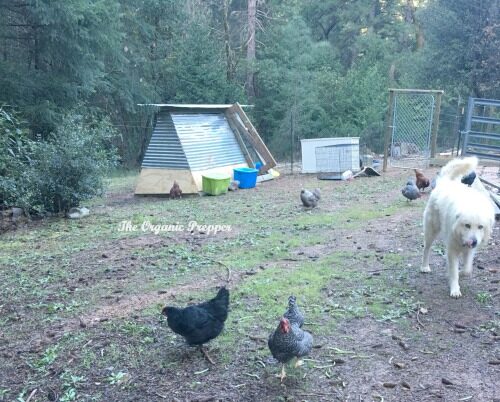