A Marxist Takeover Is Happening Right Before Your Eyes

Yes, that’s correct; we are watching a Marxist takeover of this nation every day now. With the re-election of Barack Hussein Obama Jr., the “fundamental transformation” of America is almost complete. Do not be fooled into believing that the Democrats are your friends, people like Barbara Boxer, Nancy Pelosi, Maxine Waters, Harry Reid and others in the Democratic Party (and also a few RINO’s) are not gently pushing, but are forcibly SHOVING this nation to its doom. 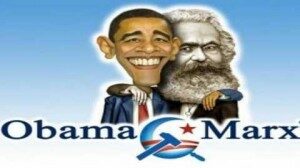 The so-called “government shutdown” was designed to break the back of the Republican Party and to demonize them. The purpose was to insure a sweeping Democrat victory in 2014. Next on the agenda will be “immigration reform,” and what THAT means is amnesty for OVER 30 Million illegal aliens. That kind of voter increase would completely wipe-out the Republican Party and insure complete Democrat dominance in government.

I laid this plan out in my previous article titled “Marxism in America: The Stage Is Set & We Are Well into Stage 3.” I suggest some of you read that article, and you will see that I am correct.

As mentioned by my co-contributor Michael Snyder in his article about the possibility of 47 million SNAP recipients having their benefits reduced or even cut-off, the possibility of major urban areas having “food riots” will become a reality. Then you will see martial law and by then it will be too late..Game Over.

In an article in the American Thinker by Jeffrey Folks titled “Obama’s Fundamental Transformation of a Nation He Despises” he says this:

“For his part, Obama has done nothing, perhaps because he is still in thrall of anyone who calls himself a Marxist.  The only people he really distrusts are Americans, especially those patriotic Tea Party members who care about their country’s future.

Does President Obama really hate the American people that much?

I think he does.  He hates America as it is and as it has been, and, as he openly admits, he wants nothing less than to “fundamentally transform America.”  One does not completely transform a nation into the opposite of what it is unless one hates that nation as it is.  That fact explains why Obama has done so little to protect America while doing so much to spy on, disparage, and attack ordinary Americans.”

Folks goes on to say:

“Obama has already declared that, in effect, there shall be no new coal-fired power plants and that at least one third of existing coal-fired plants are to be shuttered in the near future, and all of them eventually in the carbon-free future he dreams of.  He is preparing regulations that will make it impossible to produce efficient and economical full-size trucks in the numbers now needed to run our economy.  His next step will likely be an assault on our nation’s ability to produce shale gas through the safe technology of hydraulic fracturing.

And that’s just the beginning of the total makeover that Obama has in mind for America.  Did I mention persecution of journalists?  Forced unionization of workplaces?  Abortion on demand, funded by every employer?  Racial discrimination in perpetuity against non-minorities?  And environmental regulations as far as the eye can see, affecting every aspect of life?”

Like I have previously stated, I’m not into “conspiracies,” but things are becoming too obvious.  There is also an article in FRONTPAGE MAG titled “Obama’s Radical Transformation of America,” I suggest you read that also. Or you can simply click here to “Google.”

No, I’m not into conspiracies, I’m just looking at “reality” and quite frankly, it isn’t pretty.

Chuck Schumer Attempts to Meddle in House Process to Get Amnesty

Chuck Schumer Attempts to Meddle in House Process to Get Amnesty