Maryland really needs to rethink its state motto because it’s representatives and governor simply do not believe in a “free state.”  Jeff Hulber, founder of Maryland’s pro-Second Amendment organization Patriot Picket shared in an email the following protests from members.

We have been staging “We Will Not Comply” demonstrations at the Maryland State Capitol all this past week, and have occupied ALL the seats in day-long hearings on gun bills. 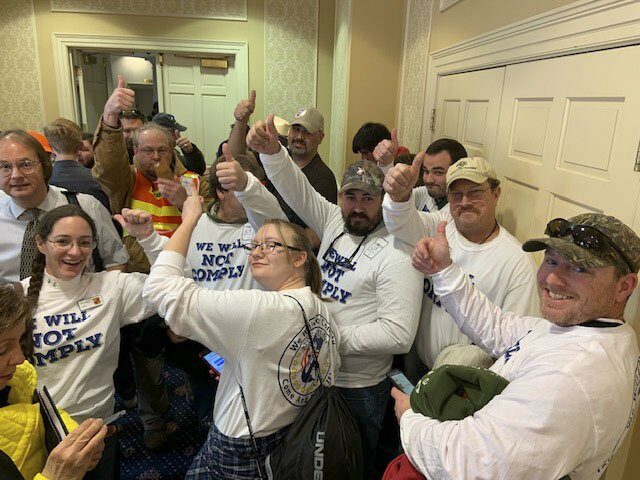 Here I am with Wicomico County Sheriff Michael Lewis, who says he “will not comply” with onerous gun laws like long gun licensing and confiscation. 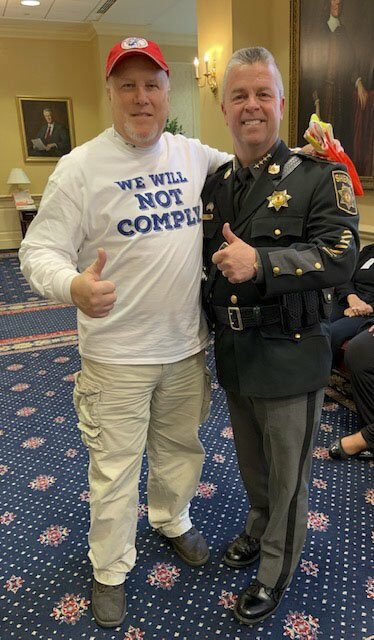 Our presence has prompted Democrat legislators to tweet objections and complaints. Delegate Vanessa Atterbeary wasn’t happy to see us.

Over 1000 witnesses wearing “We will not COMPLY” with background checks & permits for rifles and shotguns…I work to protect their families too… THANK YOU @MomsDemand @Everytown #ExpectUs #Working4MD for supporting common sense gun legislation pic.twitter.com/ivdNQwdZSB

Neither was Shannon Watts, head of Michael Bloomberg’s Moms Demanding Action gun control operation. She complained that our “Will Not Comply” promise is a threat and labeled us “gun extremists.”

The secretary of the MD Democrat Party, Robbie Leonard, has lost his job for a Facebook post calling us “homegrown terrorists” who should be “doxed” and have our personal info spewed on the internet:

A Maryland Democratic Party official and former state Senate candidate has now deleted a controversial social media post that has sparked some to call for an apology – and even his resignation.

Maryland Democratic Party Secretary Robbie Leonard on Monday posted to his personal Facebook page a photograph of a Second Amendment activist standing on a street corner in Annapolis holding a sign that reads “We Will Not Comply,” a slogan adopted by gun rights advocates to broadcast their frustration with restrictive gun laws. 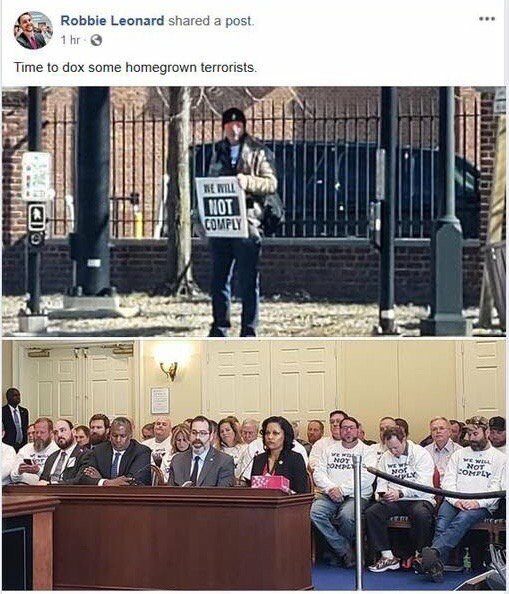 We are going back to Annapolis this coming Monday night to stage another “Will Not Comply” demonstration.

It is our intent for Patriot Picket to ignite a national “Will Not Comply” movement this year.

Additionally, we reported on Maryland Sheriffs, such as Wicomico County Sheriff Michael Lewis pictured above, saying that they won’t comply either.