Tens of thousands of Europeans came out to protest the death of Europe. 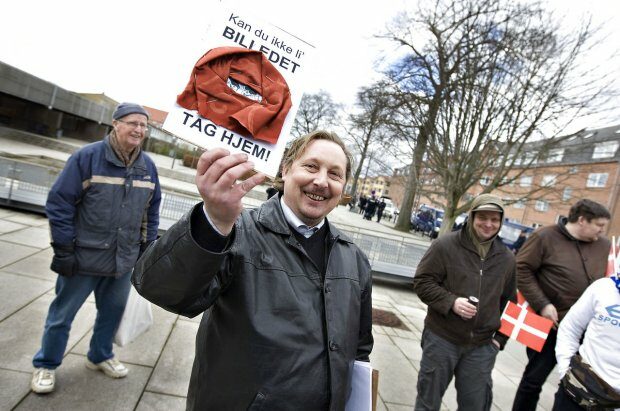 The people are rising up against this Islamic invasion. Bravo! 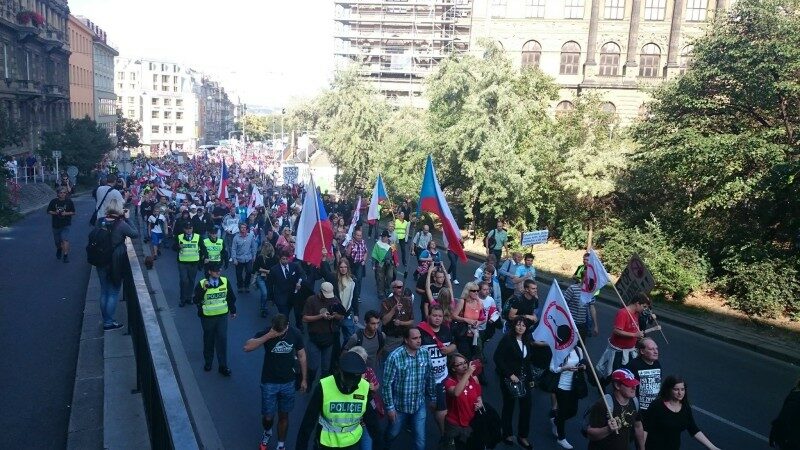 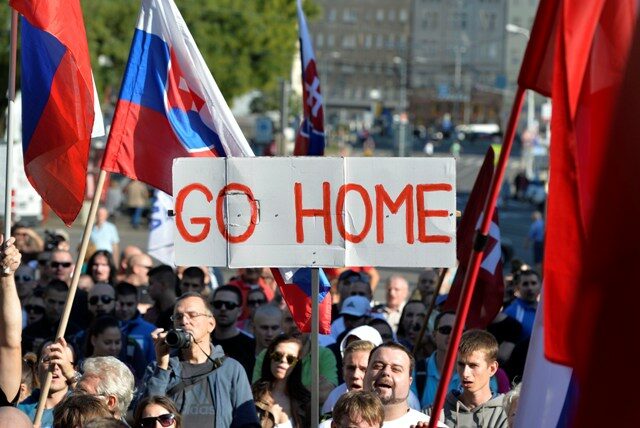 In the Polish capital Warsaw, nearly 5,000 people, many chanting anti-Islamic slogans, marched through the city, an AFP correspondent said. “Islam will be the death of Europe”, one of the banners said.

Organisers claimed the demonstration drew 10,000 people but police refused to confirm the figure.

“We’re here so that the government hears our voice and abandons any plans to welcome Muslims,” shouted one of the organisers after starting the march with prayers which identified the participants as Roman Catholics.

Another thousand or so joined a “Welcome refugees” rally in favour of hosting migrants in Poland, a strongly Catholic EU member state which has a population of 38 million and has seen hardly any newcomers arriving, despite Europe experiencing its biggest movement of people since World War II.

“I became a refugee when I had to flee Warsaw as the Germans invaded during the war,” 80-year-old Danuta Chomiak told AFP as she marched with the crowd. “I have a duty to be here today.”

Around 1,500 anti-migrant protestors also rallied in the Slovak capital Bratislava, some holding up banners reading: “You’re not welcome here so go home”, an AFP correspondent said.

Another said: “Multiculturalism is a utopia, don’t open the borders”.

The rally was organised by the far-right “Our Slovakia” party, led by Marian Kotleba.

Unlike neighbouring Austria and Hungary, Slovakia — a eurozone member of 5.4 million people — has seen few migrant arrivals this summer.

Police in the Czech capital Prague said some 800 people protested against the arrival of refugees and migrants, holding up banners saying: “Send them back!” and “Protect the borders”.

Demonstrators called on the Czech government to resign and for a withdrawal from the European Union which it joined in 2004.

Elsewhere another 200 people staged a counter-demonstration in support of welcoming refugees in the Czech Republic, which has a population of 10.5 million and has seen few new arrivals in recent months.

All poorer members of the EU, Hungary, Poland, Slovakia and the Czech Republic on Friday ruled out accepting refugees under a compulsory quota system outlined by the European Commission, rejecting German pleas for European solidarity in tackling the crisis.

The European Union’s 28 interior ministers are to meet on Monday to discuss a the EC plan which involves a quota system for distributing 160,000 refugees around the bloc. – AFP

Cargo of Refugees, a Planned Invasion

The Difference between Thumping the Bible and Believing It

The Difference between Thumping the Bible and Believing It