MORE ARRESTS: Over A Dozen Jihadis Arrested In Beheadings Of 2 Young Women Tourists As Thousands Of Islamic State Muslims Gloat

Editor’s Note:  I believe in Biblical law and justice.  If these men are found guilty, the people don’t need to pay to feed, clothe and house them for any length of time.  A just punishment would be the death penalty for all involved while the name of the Lord Jesus Christ is exalted in their midst.  Sadly, this won’t happen, but it should.  The West use to lead the way in proper justice, but we’ve become sedated by the for-profit prison system that is unjust and immoral.

Moroccan authorities say nine more people have been arrested in the slayings of two Scandinavian university students who were hiking in Morocco’s Atlas Mountains. 13 Muslims arrested and counting, while tens of thousands of Islamic State-supporting Muslims gloat and share the unimaginably gruesome video and pictures to recruit other Muslims to the cause of Allah. Morocco’s Central Bureau of Judicial Investigations says the latest arrests were made on Thursday and Friday across the country.

With four other men arrested earlier, that brings the total number of suspects in the case to 13. Moroccan investigators say those arrested were carrying arms and “suspicious materials” used in making explosives. (source)

But non-Muslims and Westerners should watch it, if only to see and understand how vicious and savage the enemy is. It’s why I made the decision to run the video here. People think a beheading is one chop to the head — it is nothing of the kind. Not even close. It is a long, brutal sawing — monstrous, atrocious. Unimaginable evil. This is who the left has sanctioned, embraced, supported. Woke, indeed. I was “woke” when I saw the Daniel Pearl beheading video back in 2002. I never forgot it. It has stayed with me always and kept me in this fight, despite the left’s war on the truth, my colleagues and me. 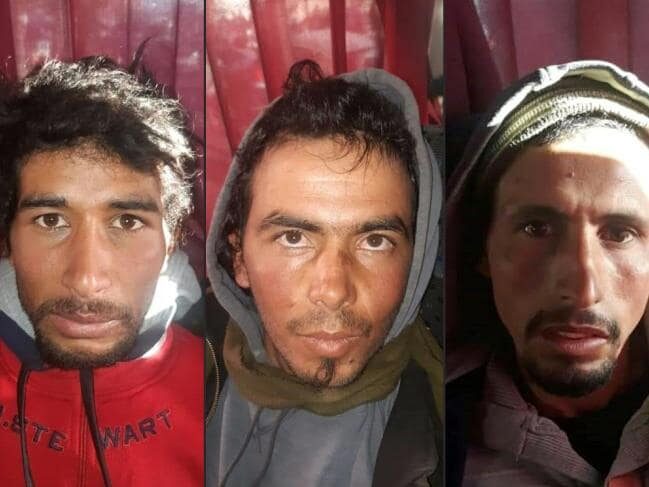 By Julian Robinson and Miranda Aldersley For Mailonline, 21 December 2018

Horrific images showing one of the murdered Scandinavian tourists being beheaded in Morocco have been sent to a victim’s mother, it has emerged.

ISIS fanatics gloated about the killing of Dane Louisa Vesterager Jespersen, 24, and Norwegian Maren Ueland, 28, by spreading the gruesome footage on social media.

The clip, in which a suspected ISIS terrorist shouts ‘it’s Allah’s will’, was also sent to friends of Ms Jespersen via ‘private messenger’, it has been claimed.

It has since been revealed that horrific images of the slain tourists have been posted on the Facebook page of Ms Ueland’s mother Irene. Some Moroccans bizarrely posted the images in a misguided bid to express sympathy along with calls for the killers to be executed.

Earlier, it was claimed that footage itself had been sent to friends of Ms Jespersen. While it is not clear exactly who sent them the footage, there will be strong suspicions it would have been from warped ISIS sympathisers.

Millennials, Do You Support Karl Marx or the Bible?