Munich Massacre Coverup: Shooter’s Facebook Shows He Is NOT Iranian But A Syrian, Pro Turkey Islamist

Ali David Sonboly is no Iranian but pro Turkey’s Islamists from Syria. That plus he had a record with the Interpol and was being watched.

First of all. There is only one way to spell Sonboly in the Arabic (سنبلي), but in the English it can be spelled multiple ways (like Sunbulli, Sonboly), yet it is always the same spelling in Arabic: سنبلي

Unless one knows Arabic, they do not know where to look. Examining clan Sonboly and even Sonboly’s own Facebook, we find that the Turkish flag is a main symbol.

Okay, perhaps he had a fetish for the red color and the crescent moon? But his clan also are of Turkish origin living in Syria and Turkey and this same Turkish flag as well as the Syrian flag is the pride of this clan as can be seen from Facebook.

The case for this clan’s love of Turkey’s Erdogan is ironclad. Plus he lived in the Turkish neighborhood.

Why then advertise him as an Iranian which would make him a Shiite Muslim? Is it possible that Germany wants to avoid the repercussion when Germans know that Turks or Syrian refugees who are entering Germany by the droves are the culprit? 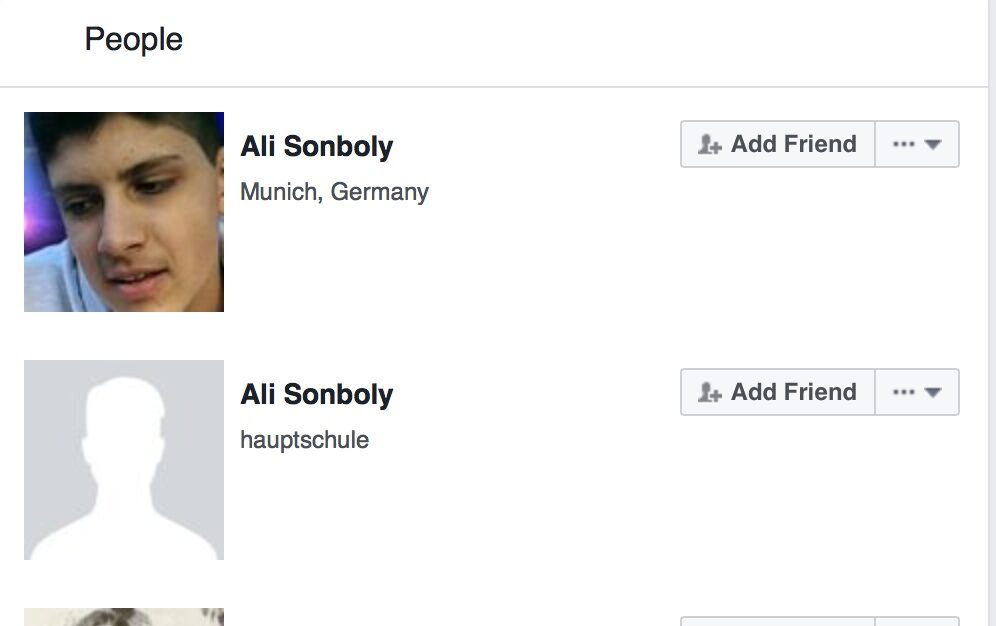 He’s been in Germany for two years is nonsense. He started school at hauptschule in 2011

The clan is from Homs Syria where some are scattered in Yemen, Saudi Arabia, the U.S. and Canada. A quick peruse of this clan can show their love for Turkey (here, here this one lives in Chicago, sunni with a Hijab from Homs, Syria, see also here, and here, and here, and here these are anti-Assad pro-Turkey’s brand of Islam. 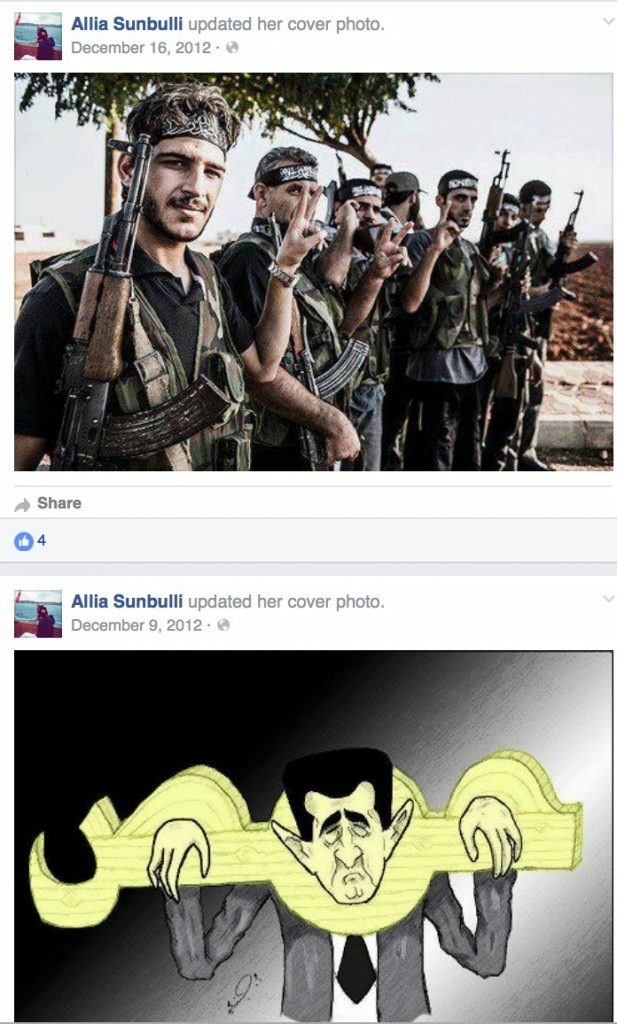 And the Arabic version of Sonboly yields the same results. Ali Sanboly in the Facebook in Arabic connects him to some Erdogan/terror loving individuals. 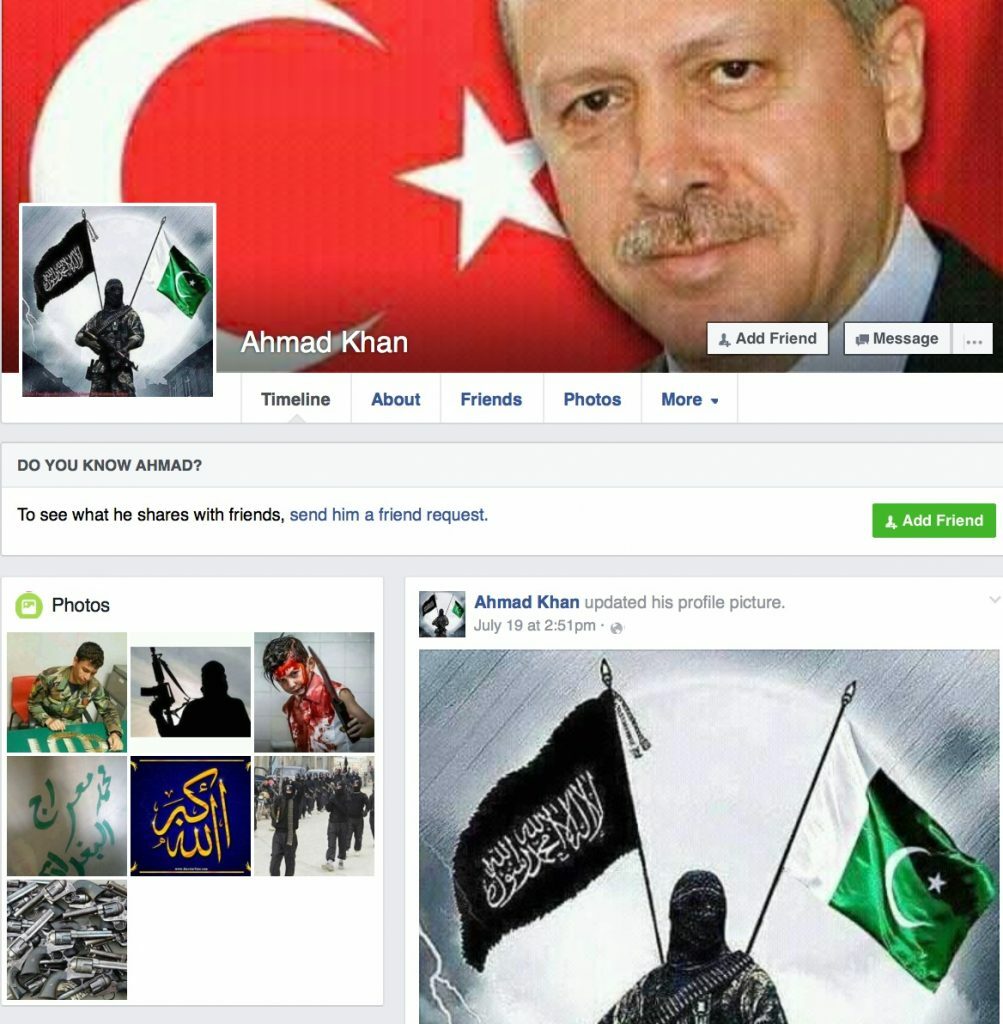 One clan member, Ziyad Sonboly likes sniping and he is clearly Syrian with a Syrian flag.

If Ali Sonboly was Iranian, what then is he doing with the flag of Turkey hovering behind him on his Facebook and on the Facebooks of his relatives and his contacts?

There is also a photo of him being arrested (but we only get the back of this big guy) and what few know is that Sonboly was being watched by Interpol. They show you his face as a kid when he is a mature individual as photos from eye witness video shows. So what is up with the baby face? There are no photos of this man as is? This is a big guy. 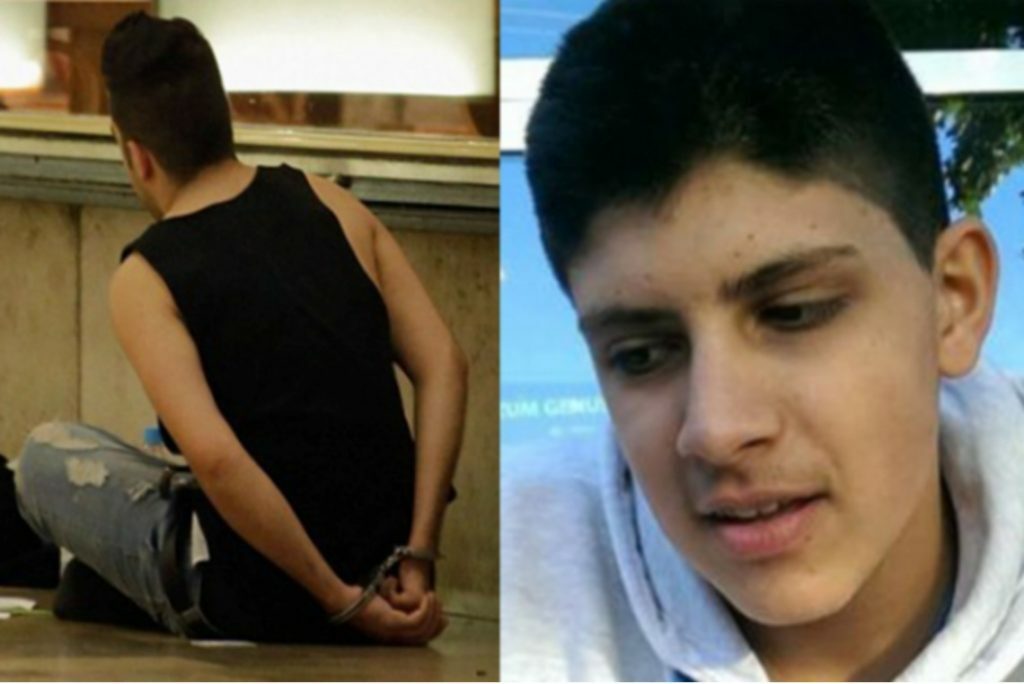 The above shows a huge guy. The media has him as an 18 year old peach fuzz face teenager. Which is it? 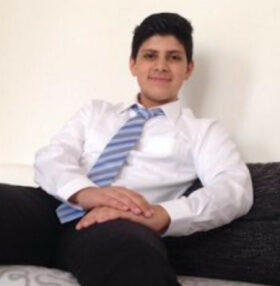 In fact, the same city police chief Hubertus Andraes gave the media something different to feed on from what he initially shared: “the presence of a record by the Interpol”. This information was also confirmed in a local Portuguese newspaper (see below) which Al-Arabiya net confirms.

All this was ignored, changed and swept under the Persian rug later on. 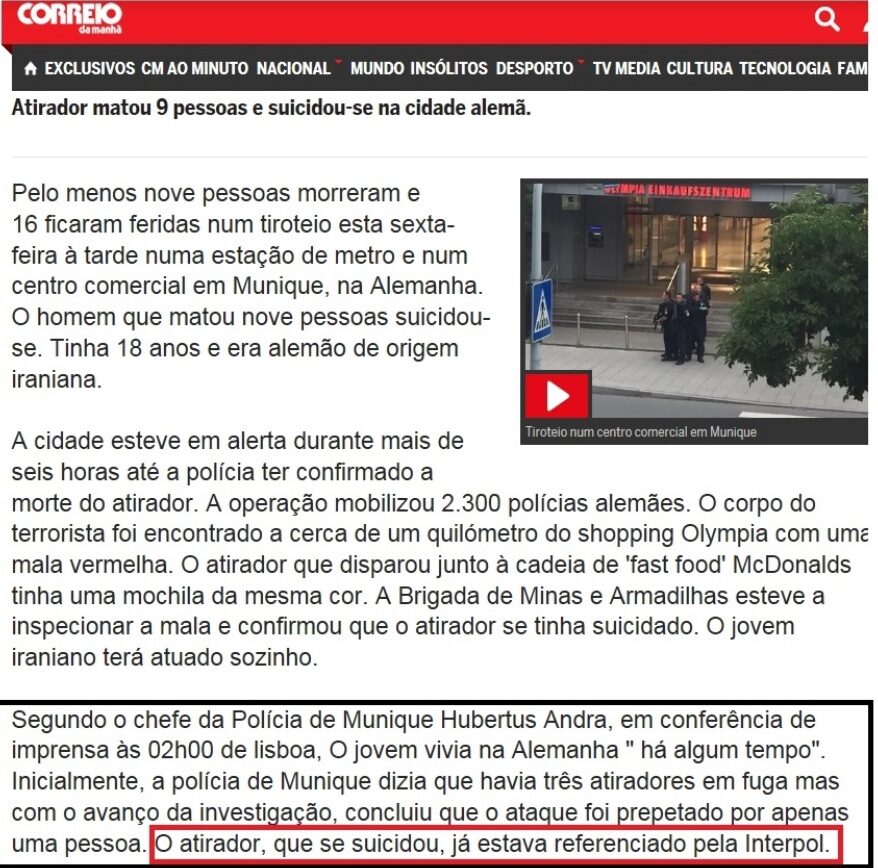 Al-Arabia makes an excellent point “according to the [initial] press release police, based on eye witnesses, said that there were 3 involved in the operation” and we also see 3 locations were incidents were reported. 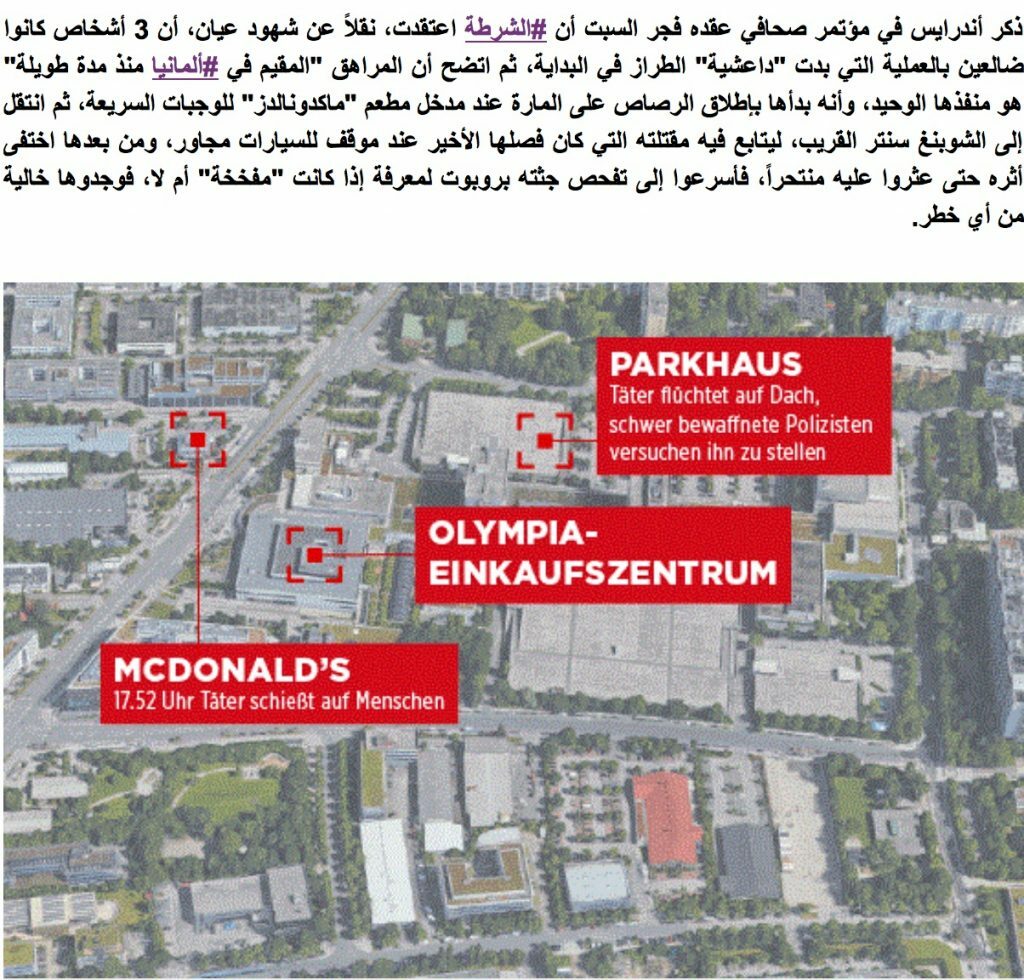 We also have three dead Turks. Did they include some of the culprits as victims? If the culprit was dead, was there any report of an exchange fire with police? I don’t know at this moment and such an assumption is my personal conspiracy theory.

But how about Germany’s version? This man, they say was connected (or enamored with) “the far-right terrorist Anders Breivik”!? And now, the same Munich chief of police Hubertus Andrae who knew that this man had a rap sheet at the Interpol says the gunman appeared to be just a crazy man “obsessed with shooting rampages”? Was that why he was monitored? What then is an Iranian doing with a Turkish flag and why is all his clan Islamists pro-Turkey Syrians? Was he and three of his victims the sacrificial lambs to gain sympathy for the Turks and is why he swore cursing Turks?

This would serve Erdogan.

And Erdogan is already running with it. Turkey’s Anadulu Agency is already cashing in promoting Erdogan’s agenda and Erdogan himself personally responded to the attacks stating:

Sonboly was an excellent trained shooter and then we are told he killed himself. Maybe he did, but as a different brand of Muslim ‘suicide mission’ with a cause that helps Turkey in that it both kills kaffirs and wins for Erdogan’s style of Jihad propaganda (Jihad by the pen as Islam calls it).

By watching the video it is obvious that he went through some training. Is it possible that he is a Turkish agent, working in harmony with both Turkey and Germany to make a case for precipitating the flow of refugees into Germany? It looks like Erdogan is going to come out and say that it was his people that were killed in the attack, and thus they need more protections done on the part of both Germany and Turkey? Could it be that Erdogan will use this as a reason to quicken Turkey’s integration into the European Union, under the pretext that Turks should be Europeans and enjoy all of the protections of the EU? Could it be, that Germany, upset at the disintegration if the EU that is transpiring, needs a nation as militarily powerful as Turkey to join the European Union to somehow fortify it from its fragmentation, and to join the universal military force of the EU that Germany is working on creating? None of this would surprise me.

Exactly what are Merkel/Erdogan brewing? A sweet refreshing Ottoman Karroub assal (şerbetçi), German beer or some combination brew that refreshens both sides? 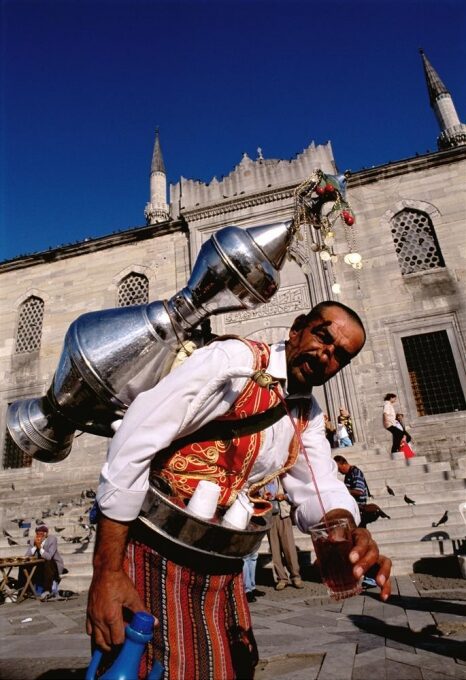 But it is not only Jihad propaganda. Erdogan’s cause is to paint anyone who criticize Turkey’s new agenda as “terrorists”. Erdogan’s main calling from Allah lately is to redefine terrorism. His definition fits Fethullah Gullen from the U.S. including all his opponents charging them with terrorism.