A writer for the George Soros-funded website Media Matters, Eric Boehlert, tweeted that “former Navy SEALs don’t have guts to admit they’re running a GOP, anti-Obama campaign,” and has brought down the wrath of the Navy SEALs PAC (Special Operations OPSEC Education Fund) who are behind a recent ad campaign.

The ad which blasts Barack Obama for his loose lips in regards to the bin Laden killing has split people into those that praise them for calling out Obama on leaking vital secure information on how special forces do their jobs, which endangers them and others who say they should keep their mouths shut and not say anything because it is disrespectful.

“I almost could not believe it when I read it. Boehlert is such a straight up Obama boot licker that he actually smears former Navy SEALs who don’t like the fact that President Obama’s administration is leaking sensitive information that could put current SEALs in danger and for attempting to politicize their efforts,” wrote The Right Sphere blog.

“The fierce warrior Boehlert does not care so much about the leaks that put American men and women at risk, but instead prefers to call the Navy SEALS gutless. As noted by the NY Times, ‘Security officials and members of both parties in Congress have sharply criticized leaks about classified operations under Mr. Obama.’ Is Boehlert so blinded by ideology that he can dismiss the very real threat posed by these leaks?” wrote Renee Nal on Gather.com.

And a tweet from “SonnyBunch” said, “Dear God: All I ask before I die is that you let me witness Eric Boehlert call a Navy SEAL a coward to his face.”

The SEALs in the PAC did an exclusive interview with NewsMax:

The SEALS in the PAC “put themselves out there front and center and that takes guts. I ask Eric Boehlert what his credentials are,” he tells Newsmax. “Has he served? Has he seen the ugliness of war and the cost on both sides? The loss of friends? I think not.

“It’s safe to say that he wouldn’t stand in the same room with any of these SEALs and mutter the word gutless.

“Politics aside, I’m glad this group is making an issue and educating citizens to the very serious consequences of intel leaks from Washington. The consequences of leaking sensitive information is that Americans and coalition forces die and we lose trust with foreign spies and our national security is put at risk.”

Don’t mess with the Navy SEALs. Liberals should know better.

I really appreciate the military men taking the stand they are. What Barack Obama has done during his presidency has been nothing short of being a domestic enemy of the United States and the Constitution. Maybe our military are doing more behind the scenes than they are letting on.

Watch the interview with CIA operative Fred Rustmann below: 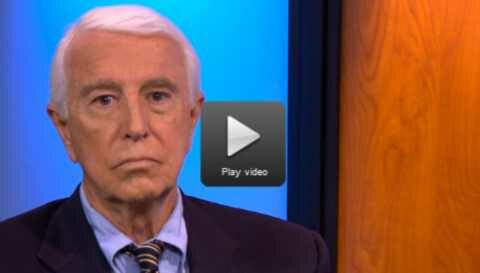 “FDA Remove Sufentanil (Dsuvia) As You Did Palladone In 2005! It’s Dangerous!”

“FDA Remove Sufentanil (Dsuvia) As You Did Palladone In 2005! It’s Dangerous!”