Guided by the Islamic State, the terror cell of French Muslims behind failed Notre Dame attack Police say another operation was planned by group, one of whom had been engaged to two men who carried out deadly attacks……

TIME columnist Christopher J. Hale @chrisjollyhale tweeted, “A Jesuit friend in Paris who works in #NotreDame told me cathedral staff said the fire was intentionally set.” and then he deleted the tweet after a few minutes. || #NotreDameFire #mepolitics pic.twitter.com/gPH04JCzSk

AND in June 2017, a jihadi attacked a police officer with a hammer at the Notre Dame cathedral.  Farid Ikken injured the officer with the hammer, and was found to be in possession of butcher knives. A video in which he pledged allegiance to the islamic State Iwas found at the Farid’s apartment.

RT: While the world watched in horror at Paris’ historic Notre Dame Cathedral erupting in flames Monday, the fire is only the latest in a series of incidents that have left social media awash in images of heavily damaged churches.

Notre Dame spokesman Andre Finot told French media: “Everything is burning, nothing will remain from the frame.” 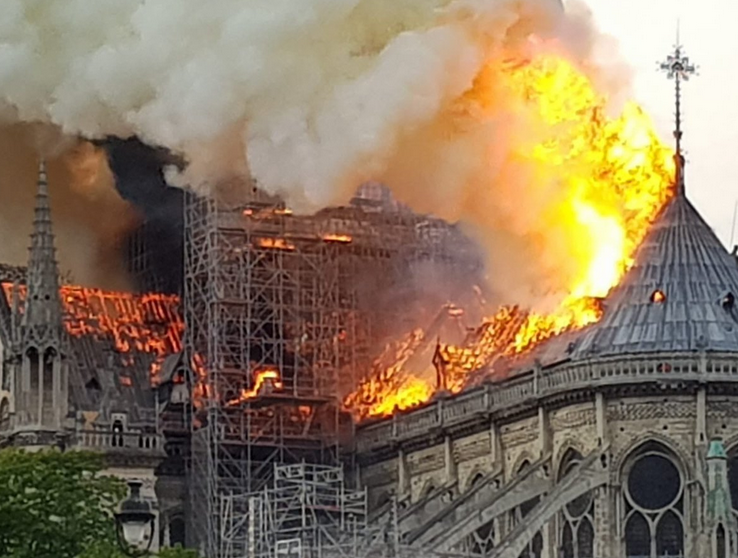 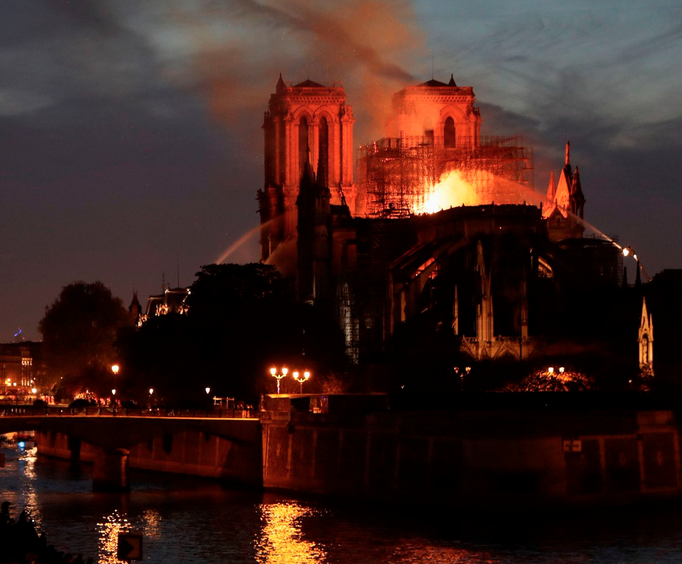 France has been hit with a string of fires at Catholic churches, some of which occurred alongside desecration of sacred objects and acts of vandalism.

While the fire at Notre Dame appears to be an accident connected to renovations of the church, the image of the famous spire engulfed in flames is a hard hit on the historically deeply Catholic France, as well as Catholics all over who have seen their religion reeling from devastating scandals, cover-ups and attacks.

While Notre Dame is undoubtedly the most well-known landmark to be affected, Paris’ second largest church, Saint-Sulpice, briefly burst into flames on March 17, the fire damaging doors and stained glass windows on the building’s exterior.

Police later reported that the incident had not been an accident.

“The images of flames in Saint Sulpice church this weekend are one more example of the violence committed against Catholics,” said Philippe Gosselin and Annie Genevard of France’s National Assembly, tying the incident into a wider trend of attacks on Catholic places of worship.

Pamela Geller: Trump Was ‘Adhering To The Sharia’ By Not Criticizing Islam In 9/11 Speech

Criticize Islam, Risk Being a Victim of Jihad

Criticize Islam, Risk Being a Victim of Jihad