One of the most terrifying things that Americans could expect from a second term of Barack Obama is not the economic downturn that we are already experiencing. It’s not another ‘Fast and Furious’ scandal. Rather it appears that more and more the Obama administration, specifically the Department of Justice, is turning a blind eye to attempts to introduce aspects of sharia law into the legal system. Last week Rep. Trent Franks (R-AZ), a member of the House Judiciary Committee Subcommittee on the Constitution questioned Assistant Attorney General of the DOJ Civil Rights Division Thomas Perez on the First Amendment and specifically he was asking in regards to criminalizing those who speak out against any religion.

Franks’ questions were prompted by a Daily Caller article from late last year in which Perez was quoted as warmly embracing the proposals of Islamist advocates in a meeting at George Washington University, among them a request for “a legal declaration that U.S. citizens’ criticism of Islam constitutes racial discrimination.”

Perez reportedly ended the meeting with an enthusiastic closing speech and was quoted as saying, “I sat here the entire time, taking notes…I have some very concrete thoughts … in the aftermath of this.”

“Will you tell us here today that this Administration’s Department of Justice will never entertain or advance a proposal that criminalizes speech against any religion?”

So why the targeting of Perez by Franks? William Bigelow writes,

Last October, at George Washington University, there was a meeting between DOJ officials, including Perez, and Islamist advocates against free speech. Representatives from the Islamist side included Mohamed Magid, president of the Islamic Society of North America (ISNA). The ISNA was an unindicted co-conspirator in a Hamas terror funding trial in 2008, as well as functioning as a Muslim Brotherhood Front. The leader of the Islamist attack was Sahar Aziz, an Egyptian-born American lawyer and Fellow at the Institute for Social Policy and Understanding, a Muslim advocacy group based in Michigan. At the meeting, the Islamists lobbied for:

Aziz said that the word “Muslim” has become “racialized” and, once American criticism of Islam was silenced, the effect would be to “take [federal] money away from local police departments and fusion centers who are spying on all of us.”

Niether the DOJ nor Perez had any response. It tells us very clearly that the Obama DOJ doesn’t care at all for real free speech. The implementation of Sharia law would completely undermine the U.S. Constitution.

The Obama administration obviously care that homosexuals can spout off about Christianity. They must believe that Muslims are OK to mock, openly ridicule and attack Christians, but look out if it should come to speech against Islam and pointing out its errors or false prophet! 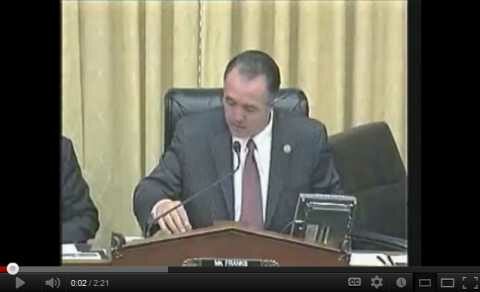 Russia Denies: No, We Did Not Plant Secret Nuclear Tsunami Bombs On U.S. Coast

Russia Denies: No, We Did Not Plant Secret Nuclear Tsunami Bombs On U.S. Coast