As a report surfaced that a U.S. Immigration and Customs Enforement agent is facing punishment for arresting an illegal immigrant, Senator Jeff Sessions (R-AL) is demanding answers from Immigration and Customs Enforcement. The agent, as yet unidentified, could face a three-day suspension because he arrested a 35-year-old illegal immigrant from Mexican who had at least 10 traffic violations.

According to Fox News,

The agent was ordered by supervisors to release the individual because he was not a “priority target.” When the officer balked, he was threatened with a three-day suspension and the illegal alien was let go.

“The actions that it appears were taken by your agency send a message to agents in the field that they will be punished for doing their duty and enforcing the law,” Sessions wrote in an letter to ICE Director John Morton and obtained exclusively by Fox News.

A spokesperson for the Newark Police Dept. told Fox News that had an American citizen been stopped under the same circumstances – they would have been jailed. Sessions said that is a troubling revelation.

Sen. Sessions, who took on Leon Panetta’s unconstitutional view of the U.S. military and the authority of Congress, blasted the Immigration and Customs Enforcement,

“Federal law enforcement should certainly not be giving illegal aliens more preferential treatment that is afforded American citizens. Your agency’s apparent treatment of the criminal alien sends the troubling message that the demands of public safety are trumped by the desire for reduced deportations of those deemed ‘not presidential priorities.’”

So hold on here. The agent was doing what his job demands, which is finding illegals, arresting them and getting them ready to be deported. As the Newark Police Dept. spokesman said, an American citizen would have been put in jail. Something is seriously rotten in Denmark here. I’m with the Senator on this one, as I was when he confronted Panetta. It appears this administration is going after their own. They won’t enforce the law and since they won’t enforce the law, but rather twist it to punish an agent who was enforcing it, maybe we need our military to step up to the plate and put some enforcement on the Executive Branch.

Sen. Sessions isn’t the only one who is demanding answers of ICE. Chris Crane, president of the National ICE Council and representing the unidentified, 18 year law enforcement and military veteran officer said, “They’re punishing law enforcement officers who are just trying to uphold U.S. law.”

“They’re willing to take away their retirement, their job, their ability to support their families in favor of someone who is here illegally and violating our laws. Right now (the Obama administration) is standing in the way of us enforcing the law by either taking a disciplinary action, threats of disciplinary action, or refusing to sign off on charging documents to put an illegal alien into immigration proceedings so a judge can sort it out.”

This is what happens when those elected to office to execute the law instead choose to ignore the law and seek to establish law themselves, when it is not their place to do so. It is a direct result of the new immigration policy of Barack Hussein Obama. 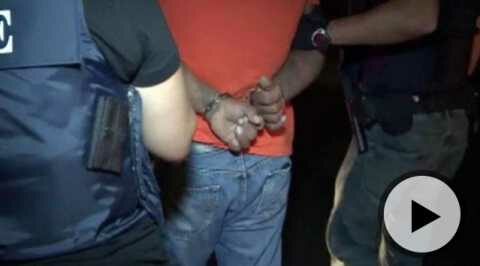