Obama Administration: We Are Arming Terrorists, Training Them & Equipping Them

You heard it right. The Obama Administration is saying that they are already training and equipping terrorists for the sole goal of ousting Bashar Al-Assad of Syria. The criteria for all trainees is that they are all or any terrorists who are not members of ISIS.

And if in doubt at the veracity of this conclusion, watch this video by Council On Foreign Relations by Obama appointed James Clapper. He is the U.S. Director of National Intelligence. The video has not surfaced in the mainstream media, but is worth gold.

The Obama Administration is admitting that since there are simply no moderates available and the solution to the lack of qualified “moderate” personal is the rebranding of non-moderate groups into “moderates.” James Clapper, the U.S. Director of National Intelligence, recently moved into that direction:

Moderate these days is increasingly becoming anyone who is not affiliated with ISIL. And so, you know, we are attempting to engage with them, and that’s the whole point of the train and equip proposal — project that the Department of Defense is gearing up for, is to vet, recruit and train and equip opposition in sufficient size and capability to actually make a military difference.

And so one of our challenges is, again, the recruiting and vetting part. So we picked people that not only are moderate, whatever that is, but also we have to be sensitive to complying with the international rules of law, which in this environment is a pretty tough order.  (see full transcript here)

Notice in the video, twice, Clapper, when he says “moderate” he uses it with air quotes. 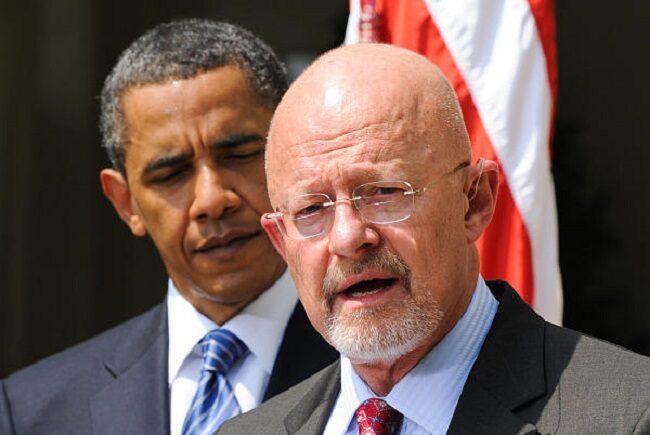 That would mean that the U.S, it seems, include working with Jabhat al-Nusra who three years ago parted from ISIS and kept their allegiance to AlQaeda. Jabhat al-Nusra has been fighting the Islamic State ever since. That Clapper thought of Jabhat Al-Nusra and similar Jihadi groups like Ahrar al-Sham, is obvious from his reference to international law. The United Nations Security Council classified Jabhat Al-Nusra as an international terrorist organization. Supporting it is a violation of UNSC resolutions.

Jabhat al-Nusra is a Jihadi group following al-Qaeda. It is obviously a non-moderate group but as it fights against ISIS it is now, under Clappers new definition “moderate” and thereby qualified to receive U.S. support. But to avoid international law issues Jabhat al-Nusra, comes up with a solution for that problem:

Sources within and close to Nusra said that Qatar, which enjoys good relations with the group, is encouraging the group to go ahead with the move, which would give Nusra a boost in funding.…

Intelligence officials from Gulf states including Qatar have met the leader of Nusra, Abu Mohamad al-Golani, several times in the past few months to encourage him to abandon al Qaeda and to discuss what support they could provide, the sources said.

They promised funding once it happens.…

The Nusra Front is listed as a terrorist group by the United States and has been sanctioned by the United Nations Security Council. But for Qatar at least, rebranding Nusra would remove legal obstacles to supporting it.

Renaming terrorist organizations is the oldest trick in the book. “Rebranded” Jabhat al-Nusra would of course still fight the Syrian government as its primary enemy. Destroying the Syrian government is also the primary aim of the Wahhabists of Qatar and is the goal of the ‘non-Wahhabist’ (Wahhabist) Obama.

Commemorate 1st American Revolution With "Shots Heard Round The World"

Commemorate 1st American Revolution With "Shots Heard Round The World"