“If people let government decide what foods they eat and what medicines they take, their bodies will soon be in as sorry a state as are the souls of those who live under tyranny.”

Let me quickly review Obama’s possible motivations for martial law. First, his administration faces the brunt of three separate monetary debts that they will default on: (1) the national deficit is $19 trillion dollars, which could be paid down in about 30-40 years if we tightened our financial belts; (2) the unfunded liabilities of such social programs as welfare, social security and Medicare to the turn of $238 trillion dollars; and, (3) the staggering derivatives debt that modern-day nation states have agreed to assume in the amount of at least $1.5 quadrillion dollars. Keep in mind that the sum total of wealth for the planet is only $65-75 trillion dollars. The derivatives debt, alone, for Bank of America, is $80 trillion dollars which is more than the entire value of the planet. In short, these debts cannot be paid off and the interest alone will crush this country. When the United States cannot pay the interest on the debt, we will be in default and the system will come crashing down and we will not have just 50 million food stamp recipients rioting, it will be nearly all of us.

No president will ever let the debt crisis get out of control to where most Americans will take to the streets. Every administration would seek to control the situation before the crises hits and becomes a case of political and economic suicide. A government would subdue its soon-to-be rioting population before its population started hanging bankers and politicians from the nearest lamp post.

Obama has another motivation to subdue the American people before the full brunt of the public’s anger has a chance to coalesce. Obama has had five Watergate scandals in his administration. They were the Benghazi scandal, the IRS scandal of harassing Tea Party members, the spying on reporters from the AP scandal, the NSA/Ed Snowden spy scandal, and the public questioning new revelations about running guns to the Mexican cartels in Fast and Furious. Now, Obama has a sixth scandal. It is the BLM/EPA scandal with the Ammon Bundy/Burns, Oregon, situation. Because Ammon Bundy and his followers are exposing the heavy handed practices of the BLM trying to force as many ranchers and farmers off of their land, an increasing number of Americans are beginning to see that the government wants to control all food and food production. Slowly, America is realizing that in this land of plenty, Americans will soon be starved into submission. Millions will die. This fact is exacerbated by the fact that I recently interviewed farming experts Ed Petrowski and Cliff Harris about their unfolding prediction that at least 15% of the nation’s farmers and ranchers will be leaving the food growing industry. This coupled with a plunging Baltic Dry Index of under 370 means that the American people will soon face a food crisis of Biblical proportions.

When it comes to Ammon Bundy, it could be said that a rising tide lifts all boats. The Bundy standoff could become the catalyst for the coming civil disobedience of farmers and ranchers in the West. Obama cannot allow this. He will move against the American people, and food seems the most likely avenue of attack.

Knowing these facts, would you not preemptively move to head off these crises with a series of false flag attacks which would provide the justification for martial law? Under martial law, Obama could thwart any legitimate challenge to the tyranny unfolding in this country. Under martial law, he could preposition assets to thwart the financial and food riots that are surely coming to America when the financial debts deliver a death blow to the economy and ultimately the banking system. MAYBE NOW, JADE HELM 15 MAKES SENSE TO YOU.

With the stroke of his pen, Obama has total and absolute control over all food, where his EO 13603 states:

(f)  “Food resource facilities” means plants, machinery, vehicles (including on farm), and other facilities required for the production, processing, distribution, and storage (including cold storage) of food resources, and for the domestic distribution of farm equipment and fertilizer…”

This unconstitutional EO is particularly disturbing in that it clearly states that the government has control over anything that is “capable of being ingested by either human beings or animals…”  If you thought that you and Fido were going to get through the coming food crisis by storing and consuming dog food, think again.

How will farmers maintain the nation’s food supply when all fertilizer, their farm equipment and all of their vehicles are under the control of this sociopathic President or the next power-hungry President?

The term “all food storage facilities” includes your refrigerator, your pantry, and even your cabinets, as well as your kitchen table. In short, anywhere you keep food is now under the control of the government and can be seized and redistributed. Those who are storing food: you had better find a way to hide at least a portion of your stockpile.

Have you recently been scratching your head in bewilderment as you watch on the news as the Amish have had their farms raided, raw milk producers are jailed, and the kids running lemonade stands are being shut down and ticketed? Now you know why these abuses are being perpetrated by the government in that it represents a mere conditioning process designed to get all U.S. citizens used to the idea that the government owns all food and food production. Welcome to the Hunger Games, American style.

The most clever aspect of this EO is that no Hegelian Dialectic (i.e., false flag event) is needed as a pretense to seize food and imperil survivability. Section 201(b) of the Obama EO clearly states that this EO is enforceable under both emergency and non-emergency conditions.”

The Feds Have Been Preparing for a Long Time

As far back as 2008, I can find evidence that the government was attempting to stockpile as much survival food as possible. These events prompted prominent brokers and key media members to advise the public to begin storing food as long as five years ago in anticipation of what is about ready to happen.

In 2011, FEMA issued a “Request for information” (RFI), in which they inquired about the availability of 140 million emergency meal kits with a shelf life of 36 months, along with blankets. Please read the following and I defy the reader to not be concerned about long-standing pattern of this government in acquiring vast amounts of food.

The Federal Emergency Management Agency (FEMA) procures and stores pre-packaged commercial meals to support readiness capability for immediate distribution to disaster  survivors routinely. The purpose of this Request for Information is to identify sources of supply for meals in support of disaster relief efforts based on a catastrophic disaster event within the New Madrid Fault System for a survivor population of 7M to be utilized for the sustainment of life during a 10-day period of operations. FEMA is considering the following specifications (14M meals per day):

Requested Menus to include snacks (i.e. fruit mix, candy, chocolate/peanut butter squeezers, drink mix, condiments, and utensils). All meals/kits must have 36 months of remaining shelf life upon delivery. Packaging should be environmentally friendly.

– Homestyle Chicken Noodles – Potatoes – Vegetarian Pasta – Green Pepper Steak w/Rice – BBQ sauce w/Beef and diced – Chicken w/Rice and Beans – Chicken Pasta The following questions are put forward to interested parties: 1. Please specify the type of organization responding to the questions (i.e. small business, large business, industry association, etc.) If a small business, please specify all Small Business Administration socioeconomic programs under which your organization qualifies. 2. Does your organization have a product available that meets all the specifications above? If the answer is “Yes:” What is the country of origin? If the answer is “No:” (a) Can your organization produce such a product? (b) What would be the product lead time? (c) What country are the manufacturing plants located in?

Interested parties may also provide brochures, web links, or other literature about their cots available for the specified users (EDITOR’S NOTE: FEMA CAMPS). Responses to this RFI are not considered offers and cannot be accepted by the Government to form a binding contract.

Vendors are encouraged to ask the Government questions regarding this potential requirement. Questions must be submitted in writing to Julieann L. Phillips at [email protected] not later than 2:00PM, 26 January 2011 to be answered. Responses to questions will be provided not later than 2:00PM, 03 February 2011. Request for Information closing date is 03 February 2011.

Should this action, which initially took place almost five years ago, serve as a warning for the perilous times we live in today?

I have more examples of how the Federal government is attempting to acquire as much food as possible. Last year, for example, DHS approached several emergency food vendors and was turned down by loyal Americans who said “no.”

FEMA says that the average American has less than 72 hours worth of food. Stalin and Hitler both used food as a weapon of mass destruction against their people. Obama is next. Please look at the following: 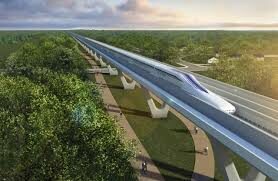 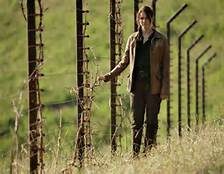 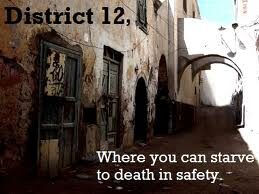 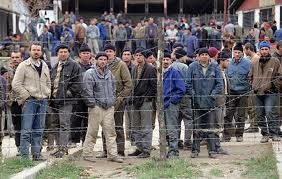 Article reposted with permission from The Common Sense Show, the opinions and views shared do not necessarily reflect the views of Freedom Outpost.

During Gun Control Hearing, Senator Blurts Out, “Let’s not get involved in Constitutional Arguments”